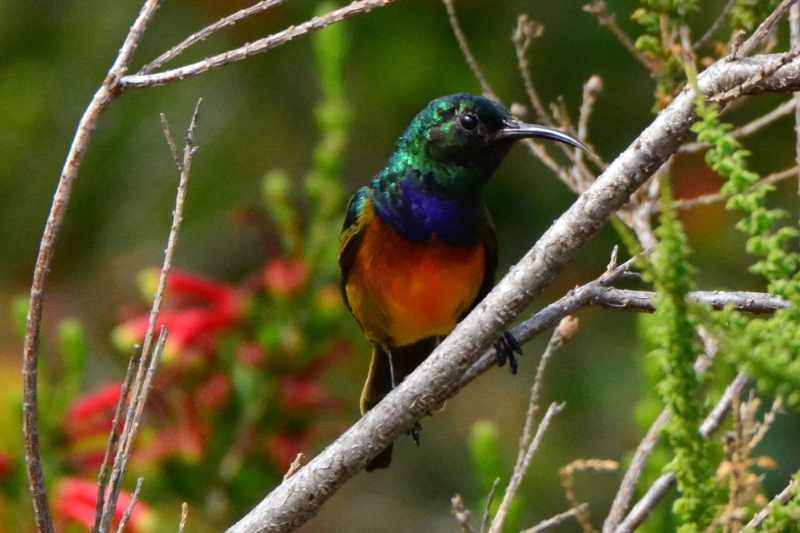 A group of 24 birders met on a very overcast afternoon on 24th January. However, this did not dampen the group’s enthusiasm. After a rather slow start, we were treated to good sightings of Orange-breasted Sunbird in the Erica beds above the Dell. In the course of the afternoon, we also saw Southern Double-collared and Malachite sunbirds.

A Rock Kestrel was seen not far from the Erica beds, on its familiar perch on the Mountain cypress.

Close to the Old Dam, Myburgh Brink pointed out a Spotted Eagle-Owl, with its back to us, deep in a Wild almond tree – our only owl of the day. The group then enjoyed very close views of male Cape Sugarbirds, on a rocky ridge above the path, across from the dam.

At the drinking fountain near the rock where the owls have nested in recent years, a number of small birds, including a Common Chaffinch, was seen. We proceeded to the Enchanted Forest, hearing Sombre Greenbul tantalisingly close again and again. Despite repeated efforts and considerable time spent, it was a “challenge” to see it, to use Felicity’s words, and few in the group were successful.

Myburgh pointed out the shady spot under a large shrub where we had last seen a Lemon Dove, one of our targets for the day. Someone then saw the flicker of movement and a Lemon Dove emerged from the deep shadow. It was a rather disappointing view, but a sighting of this elusive bird nonetheless.

Some of the more common birds had not been seen at all, or only in small numbers, but in the last twenty minutes, we picked up a few more species, including Swee Waxbills on the lawn near the large dam, and Red-winged Starling – our first of the day – on the roof of the Conservatory, right at the end of the walk. Our final tally was a pleasing 28 species.

Photographs of birds are by Myburgh Brink and Penny Dichmont took the ones of the folk enjoying the outing. 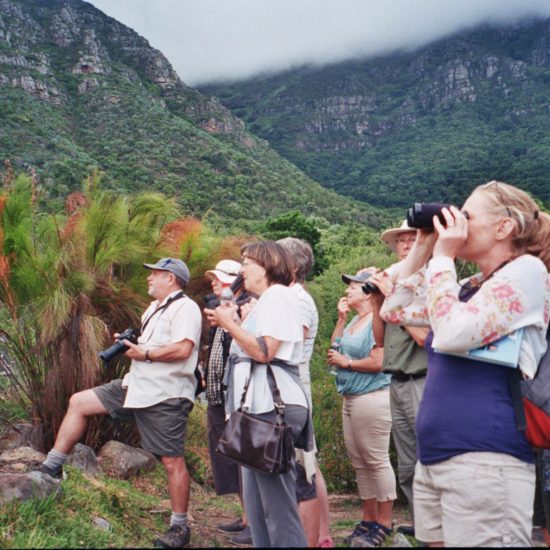 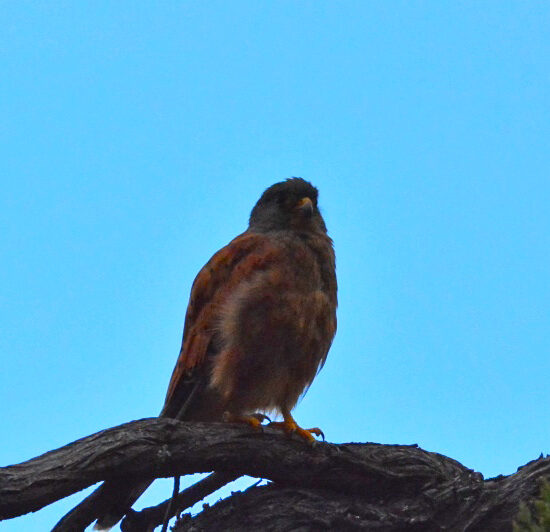 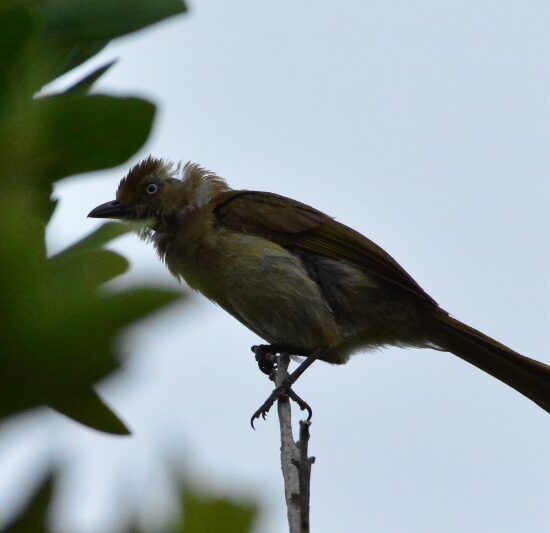 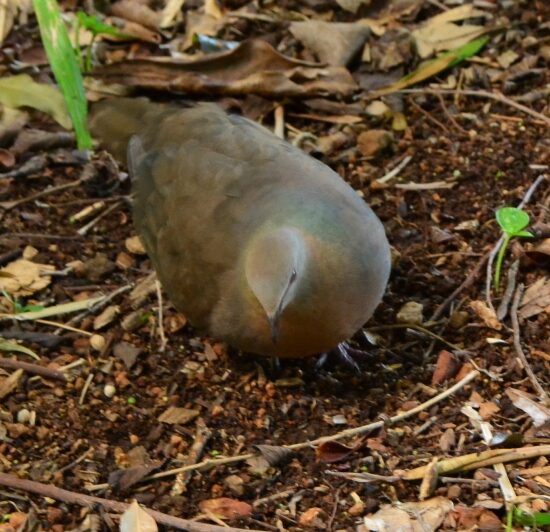 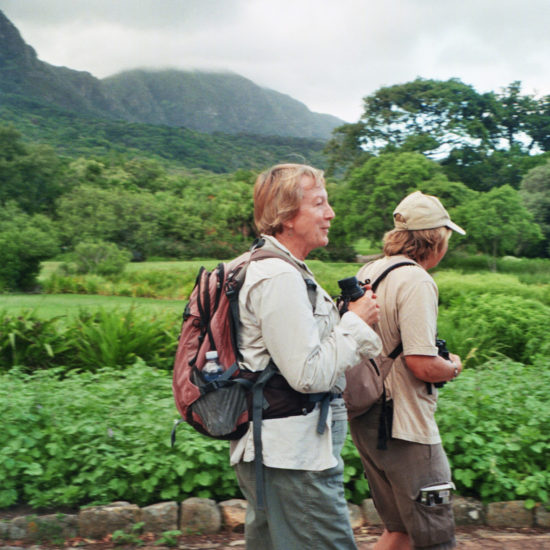 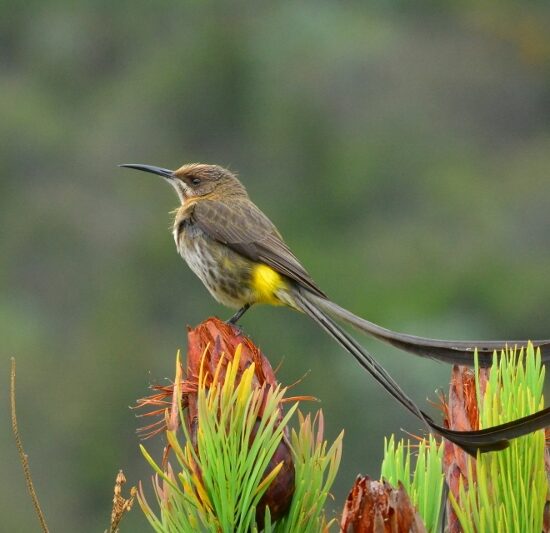 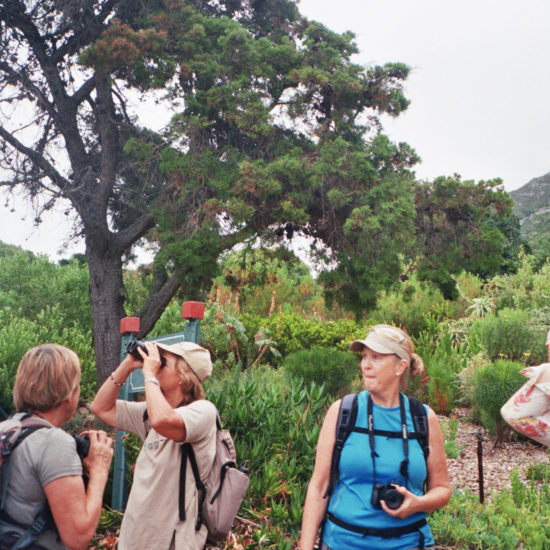 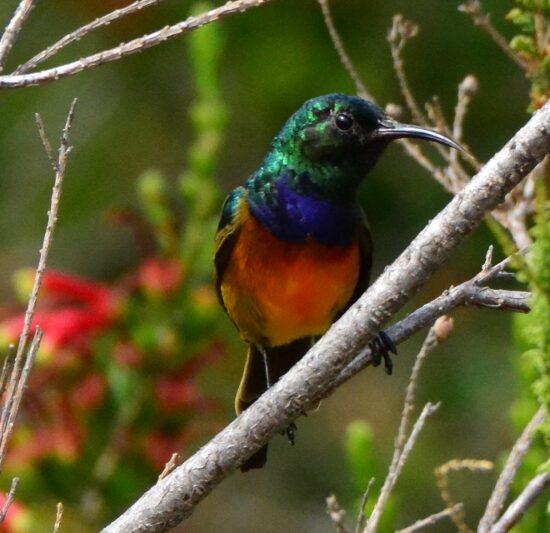