Once a month, usually the second Thursday, the Club holds a meeting.

This is a great opportunity to hear an interesting speaker and socialise afterwards over a cup of tea! The venue is the Nassua Centre, Groote Schuur High School, Palmyra Road, Newlands. Of course COVID 19 put paid to our face to face meetings in this venue, but we took to Zoom like so many others, and on the positive side this means we now have recordings of most of our recent speaker presentations on YouTube. This has given us the advantage of reaching more people and at times that suit them. Scroll to the bottom of this page to view some of those recordings.

PAST MEETINGS (WITH VIDEO) 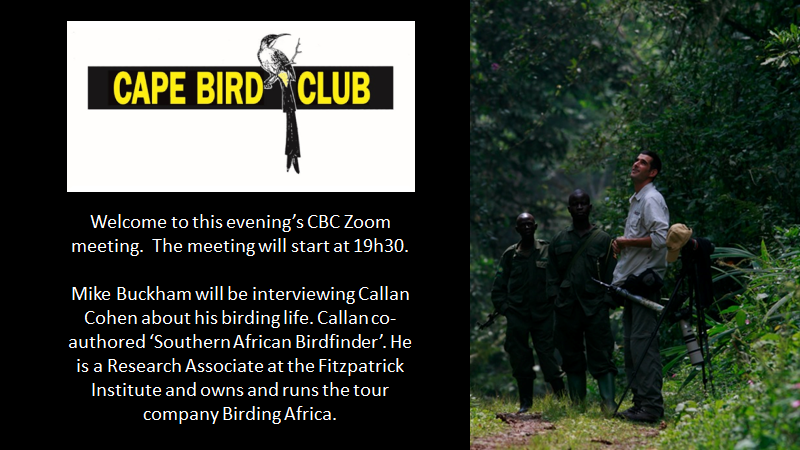 Access the recording below of our Zoom Monthly Meeting which was held on the 12th August 2021. 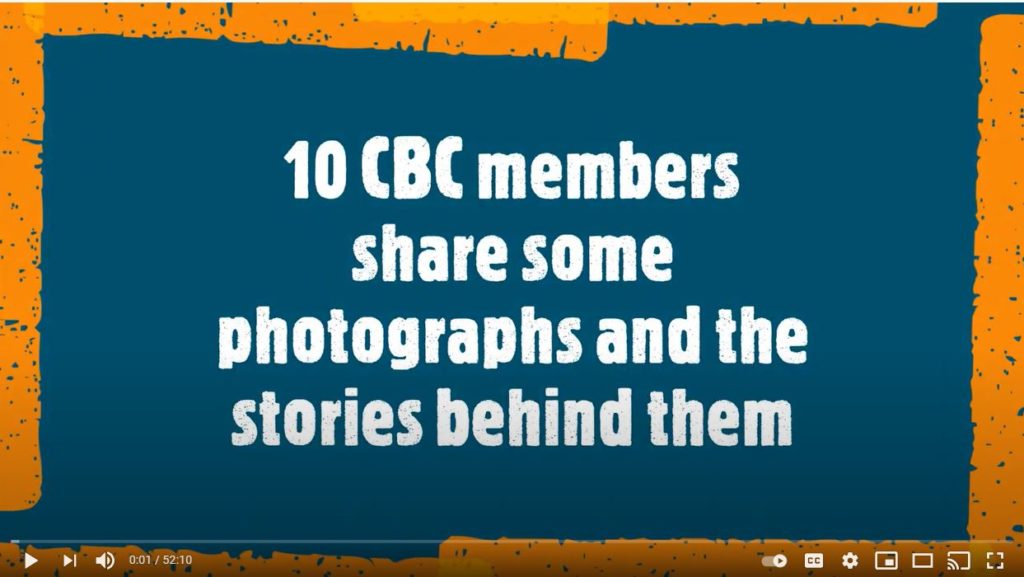 Access the recording below of our Zoom Monthly Meeting which was held on the 8th July 2021. 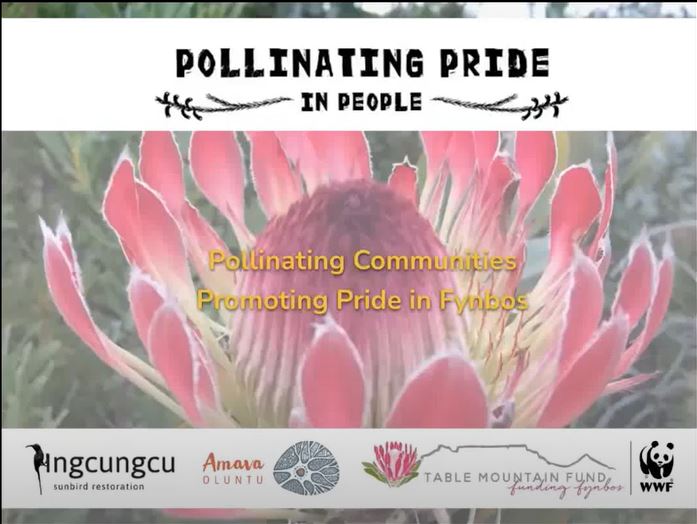 Ceinwen is the present Executive Director of Ingcungcu Sunbird Restoration Project which is a registered NPC working with schools, communities and local organisations to build pollinator corridors across the Cape Flats by planting gardens of locally indigenous, nectar-rich plants to attract sunbirds and insect pollinators. Since 2013 when it was established as an MSc project focusing on three high school gardens, Ingcungcu has expanded to nine schools, engaging six communities across the Cape Flats, and partners with more than 15 local organisations including the Cape Bird Club. Building strong, sustainable and supportive partnerships is at the heart of Ingcungcu's vision … Continued

Joy Fish and Johan Schlebusch share some special birding experiences from 4 of the Cape Bird Club trips organised by the International Tours Committee. 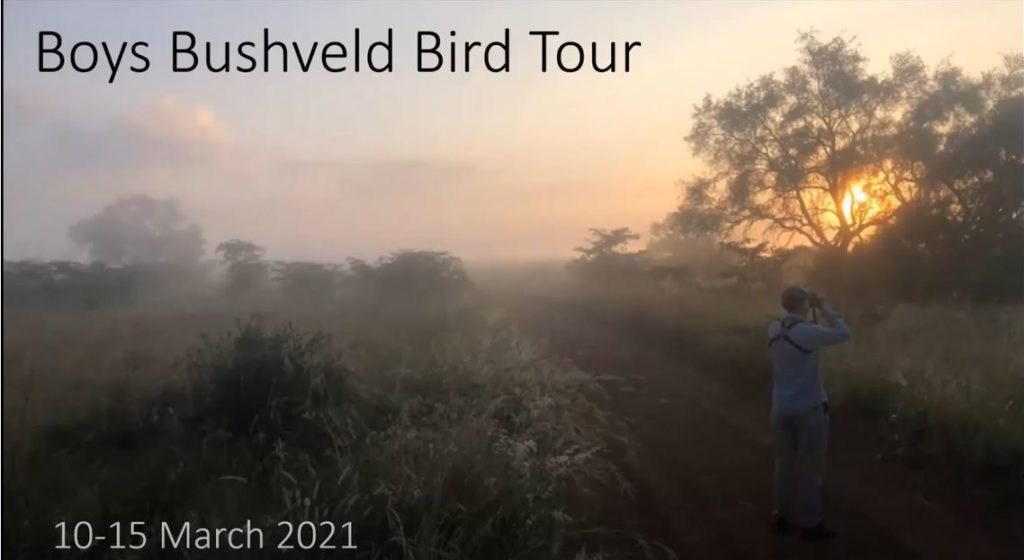 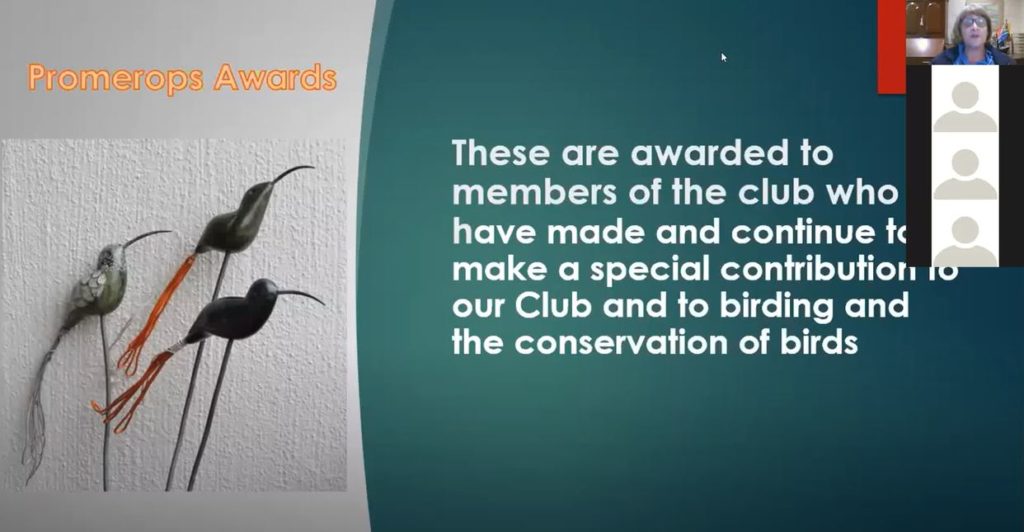 AGM Meeting: Promerops Awards and Monique du Plessis's presentation on "The effect of artificial nectar feeders on birds and Erica visitation rate in the Cape Fynbos". Nectar feeders may have positive effects by attracting nectarivorous birds towards suburbia, facilitating their urban adaptation, and supplementing bird diets when floral resources are scarce. However, this may come at the cost of luring them away from the plants they pollinate in neighbouring indigenous vegetation, with consequences for seed set. Monique will help us understand the responses of nectarivorous bird communities to this relatively novel phenomenon, which might affect all species involved in bird … Continued 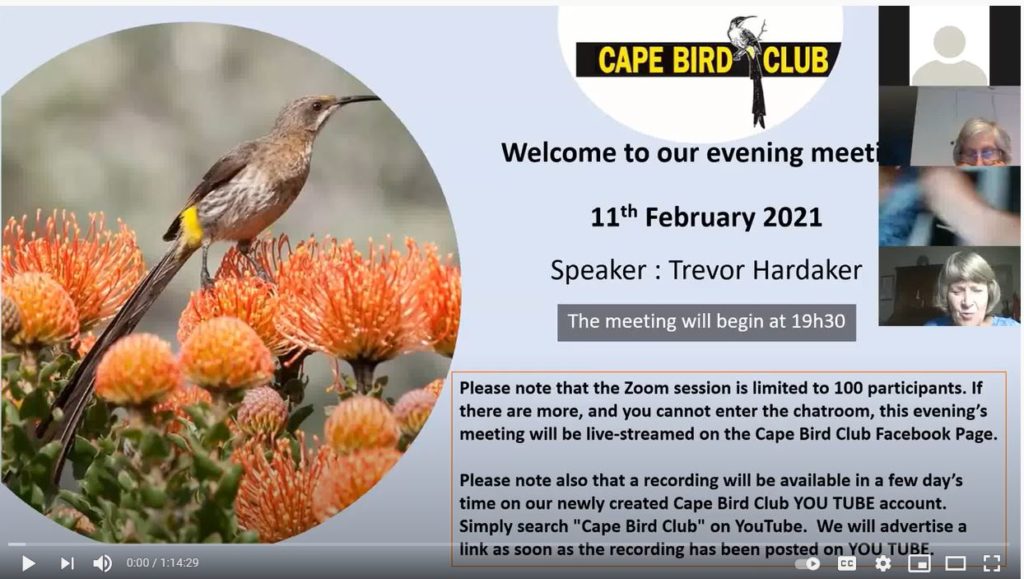 The talk will cover briefly the concept of a Big Year, the details of the area covered by the Cape Town 150km Challenge, how some general good birding at the beginning of the year led Trevor to start taking part in the challenge, how he went about planning his “attack” and then an overview of the places that he visited and the birds that he saw during the year. 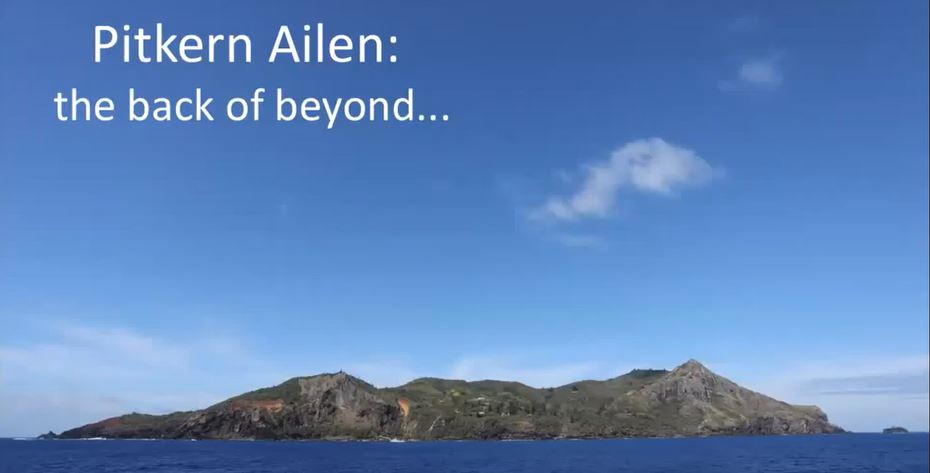 Prof. Peter Ryan – Pitkern Ailen: the back of beyond

Tristan da Cunha is widely regarded as being home to the most isolated community on earth, but another UK Overseas Territory challenges this claim. Pitcairn Island, which famously provided sanctuary to the HMS Bounty mutineers, lies in the middle of the South Pacific, roughly midway between Tahiti and Easter Island. Peter Ryan recently indulged his passion for remote islands by visiting all four islands in the Pitcairn group, which lie in one of the world's largest marine reserves. His talk addresses the conservation challenges on Henderson Island, a natural World Heritage Site, describes the success of the rat eradication on … Continued