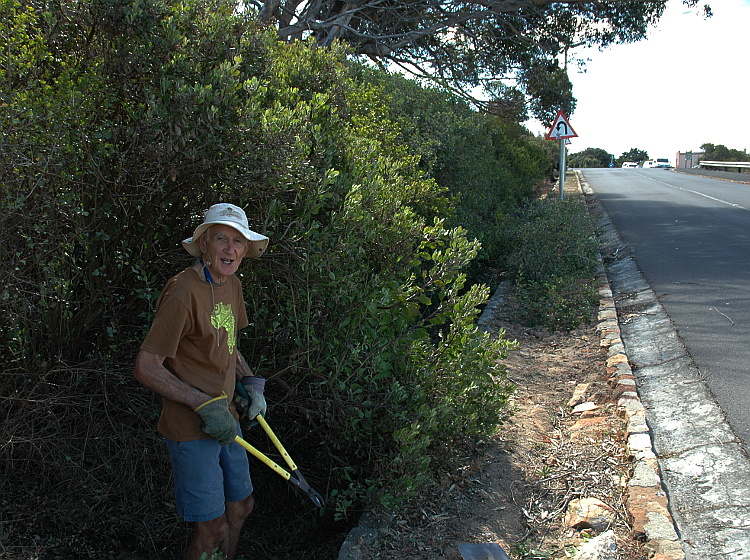 The weather was pleasantly cool with a SW wind blowing with a few overhead clouds today 10 February 2018. The past 2 weeks daily temperatures were very hot, +35 degrees C. It rained early this morning! Just a little. The soil is very dry on the mountainside.

7 species of birds were seen. No insect, rodent or other small creature life was visible. No butterflies either.

Bert worked in the upper section cutting port jackson and a big rooikrans. Barry worked the Cap Michel Close upper section and cleared 95% of the sapplings and seedlings in this section.

Robin and I cut back the vegetation overhanging and blocking swale down Old Boyes Drive which we are systematically clearing. It is fine for drought phases in the rain cycle, but when it starts to rain this section would be a problem with overflowing the swale into the traffic coming up Old Boyes Drive. There is plenty of silt which needs to be removed from the swales to prevent flooding of the road. The responsible City Manager has been informed.

Down below the Zandvlei estuary mouth is closed. The water level appeared to be about medium depth. There were terns observed circling and diving for small fish. The species were too far away to record without an optic aid. 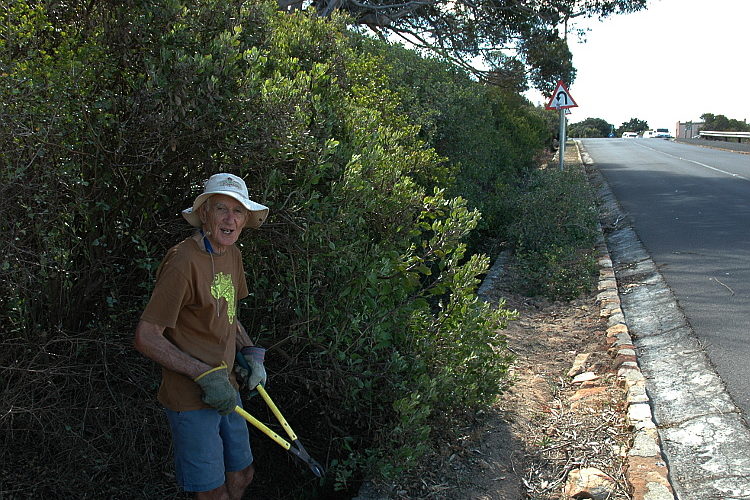 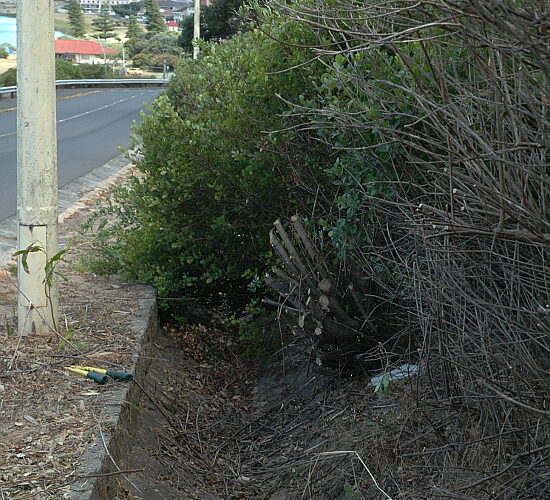 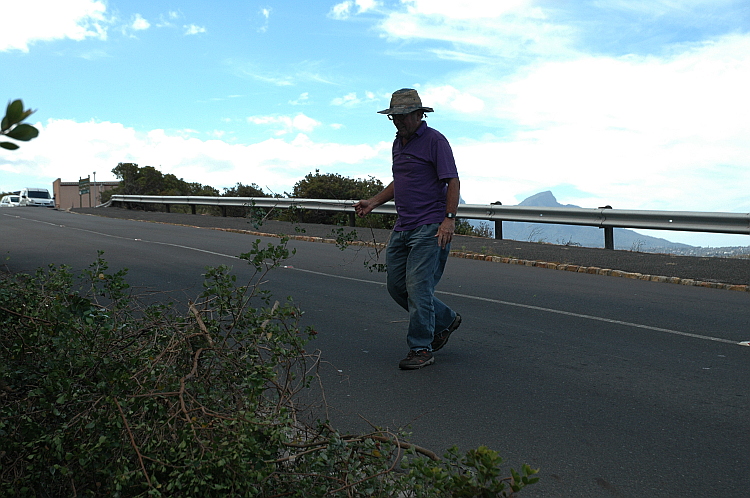 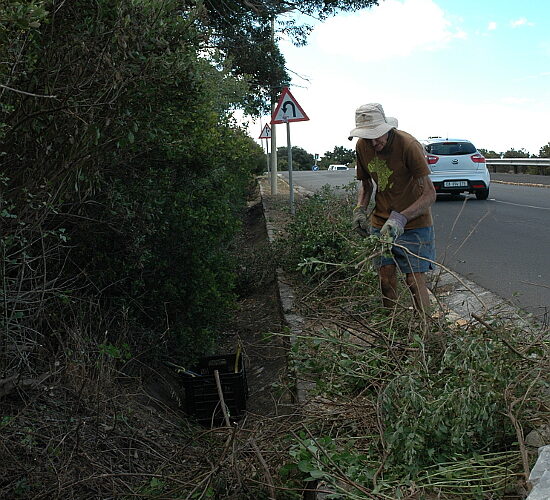