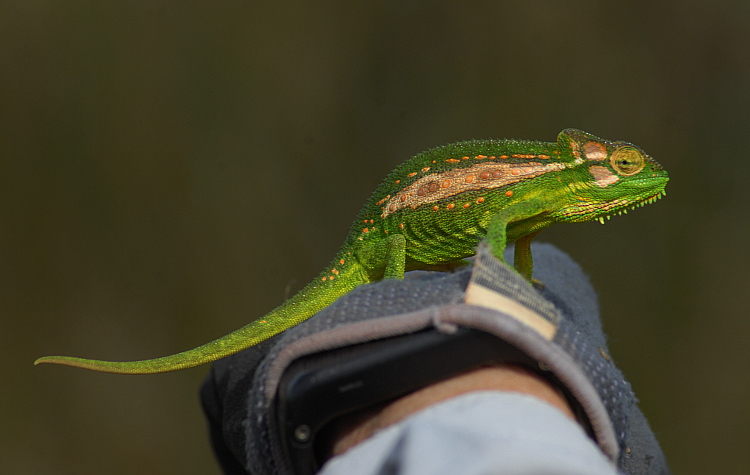 The weather was warm with a hazy sky and a breeze from the SE. Today was an interesting day, as two CBC members one of about 50 years and another a new member came to the hack. I checked the records and it was May 2006 when Alex and Janet Cilliers came to a monthly hack. Jonathan Davey and Jean Stephenson, it turned out know each other as Jonathan was her family doctor. And Jean also knows Robin from botanical outings to Zandvlei.

The estuary mouth was in the process of being opened, as it is New Moon on 12 April 2021.  In March 2021 the Zandvlei area had the highest rainfall recorded in 18 years in the 22 years we have collected data.
The water level is high, and there was no flow under the railway bridge.
Barry Parker took some photos of a fire the previous week on Easter Friday along the railway line. We guess it was school children, as it is school holidays and they walk along the railway line between Steenberg and Lakeside station and are probably scared of who potentially is hiding in wait for them in the long reeds and bushes. It was a good burn as it has exposed the swale not seen by me in 35 years. There is water in the bottom of the swale and no wonder the plants grow so well in them. The water level is the same as the water inflow under the railway bridge. The fire has exposed an clay bank which would make an ideal nesting area for kingfishers. The problem though is the Lakeside Fire station is opposite and they arrive too quickly and put out the fires in the wetlands. The Westlake wetlands have not burnt in 35 – 40 years or more and the fuel load is very high.

So we carried on where we left off last month cutting Port Jackson, Rooikrans saplings and Bert continued chopping a very large Manatoka tree. I heard in the ZPAAC meeting recently Working for Wetlands have allocated money to clear a very dense stand behind the Steenberg station which is a real problem for invading land squatters. Another area which the teams will work on is the Old Boyes Drive section of the Reserve.

We saw very few insects about flying or crawling/walking. No dragonflies, wasps or flies. There were Autumn Brown and Silver bottom Brown butterflies over the grassy areas. Sue found the same chameleon we saw last month. There were a few grasshoppers seen. The potato creepers and the tiny pink oxalis are the only flowering plants visible. There was on bitou bush in flower.
The Scouts were having fun in their sailing boat.

Surprising there were very few birds to be seen in the air or on the waterbody. 15 species were seen during the time we were there.