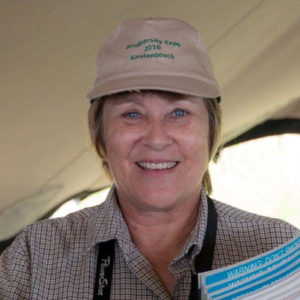 Note: the meeting was brought forward 1hour 15minutes to avoid Eskom loadshedding. An emergency e-newsletter was sent out notifying members of the changed starting time.

Priscilla set up the meeting on Zoom and introduced members on how to use it.

Register of Members Present: A total of 49 members registered their attendance and a quorum (40) was declared. The attendees are listed below.

The Chairperson welcomed everyone to the 73rd AGM of the CBC. She thanked all who were present online for attending in these trying times of Covid19 and Eskom loadshedding and encouraged those members present who were using ZOOM to assist other members to familiarise themselves with it so that they could join the virtual CBC meetings during the year.

The Minutes of the AGM dated 30th April 2020 were made available on the CBC webpage. They were accepted as correct. Proposed: Cheryl Leslie. Seconded: Mel Tripp.

There were no matters arising from the 2020 AGM minutes.

Priscilla presented her report prior to the meeting. It was circulated in the CBC e-newsletter and will be published on the CBC website and in the July 2021 issue of Promerops.

Joy Fish presented the Treasurer’s report for the period 1st January 2020 to 31st December 2020. She reported that the club’s financial situation is good, with a very healthy balance of funds in the bank. Income has been generated by members’ fees and donations as there have been no courses, camps or face-to-face meetings where books and other items are usually sold. A small decrease in member numbers year on year is evident but in spite of the lockdown there were 71 new members (57 from the website and 14 from a U3A course).

Our youth education programme had to be placed on hold and therefore no funds were spent on this initiative after February 2020. Donations amounting to R 60,299 were given to:-

Joy thanked Mary Debrick for her assistance as well as Paul Slack and Angela Wilson from Fast Track who are our auditors.

It was proposed that we appoint Fast Track to continue as auditor for 2021. Proposed: Dave Whitelaw. Seconded: Cheryl Leslie.

Priscilla read the citations for Promerops Awards. The following members were cited for their extraordinary service to the CBC:

Resignation: Khanyisane Falake resigned due to work-related demands on her time. Priscilla thanked her for her contribution and wished her well in her career.

It was noted that the meeting had been recorded and that there was a record of attendance. There being no further business the AGM was declared closed at 19.15, whereafter Monique Du Plessis gave an interesting presentation on the research done on the effects of sugar feeders on Sunbirds and Sugarbirds.