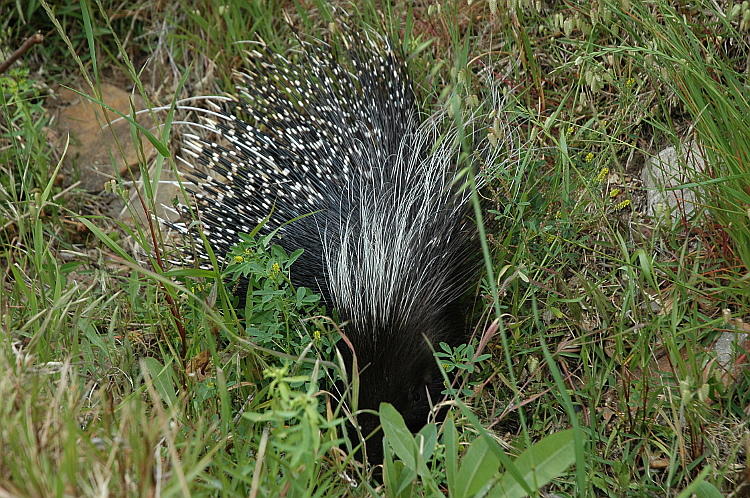 The sky was hazy with a strong smoky burnt vegetation smell being driven by a NW wind. There was serious mountain fire burning above Hout Bay Suikerbossie side and around Orangekloof area. The fire has been been burning for 3 days from Oudekraal where it was started and fanned by the strong NW winds which have brought no rain yet to help put it out.

While waiting for everyone to arrive a bakkie stopped on the down slope of Old Boyes drive towards Verwood Road and the driver was out looking around what appeared to be his vehicle. He came and told us about a porcupine which was in the drain swale and asked how to report it, the the conservation people were busy with the fire and had no extra hands. Bowen managed to get the Grassy Park SPCA who are responsible for all wild life animal incidents in the Cape Town area. In inspection it was apparent the porcupine was injured and suffering from damage of possibly being run over on Boyes drive and it had managed to make its way down to where it was. They did come and put blankets over it and a net under it to lift it into a box and took it away.

Bert and Barry worked on the lower section cutting the last of the big Manatokas which the traffic dept personnel had stopped him doing so on previous occasions.
Bowen worked on the upper slope pulling dozens of Port Jackson seedlings and to be available for when the SPCA people arrived to direct them to the porcupine.
Robin and I cut down the Australian Myrtle trees above the quarry area near the bottom of Old Boyes Drive. The morning Glory vines are in profusion in this area the pale and dark blue varieties, separate species.

14 species of birds were seen with an African Pitpit, Black Shouldered Kite and a Black-headed Heron being the notables from the usual birds seen. There was the odd Cabbage White Butterfly flying about. Cape Lappet Moth caterpillar were present on the Australian Myrtle branches. We found what appears to be a freshly eaten goose egg, the ants were still busy eating the last of the yolk in the shell. Robin found a whole smaller egg up the slope which may have been a guinea fowl egg. An Indian hawthorn plant is flowering and attracting many bees in the lower section garden area near the bottom of the Old Boyes Drive. There were white and apricot coloured Watsonia plants flowering in the middle section of the Reserve.

There are 2 sections of the drainage swales which are blocked with soil rocks and debris which will cause the water to run in the road of Old Boyes Drive.
The scouts were out training their sailing skills on Zandvlei later in the afternoon when the wind picked up with the approaching cold front. 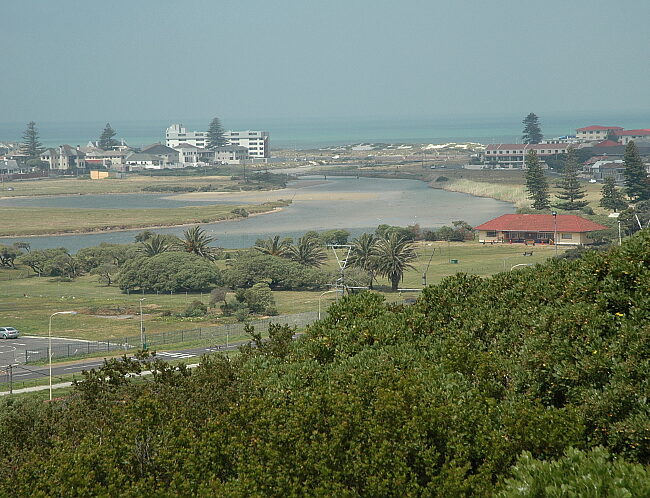 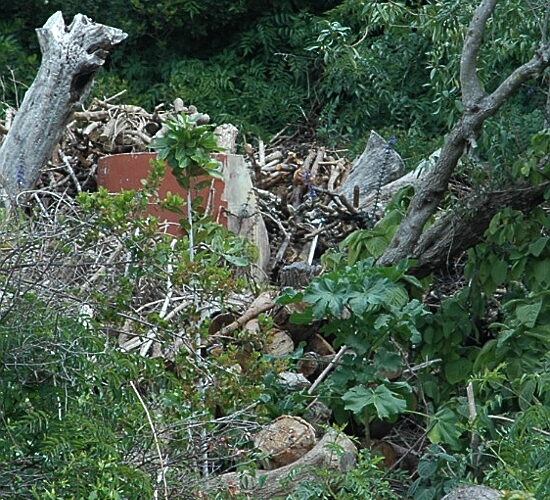 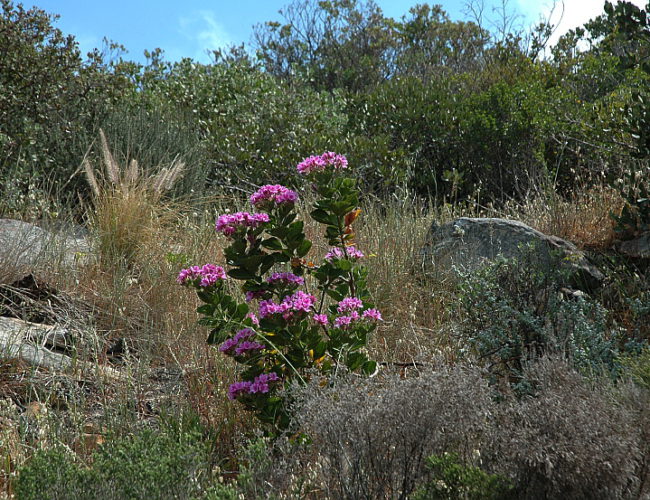 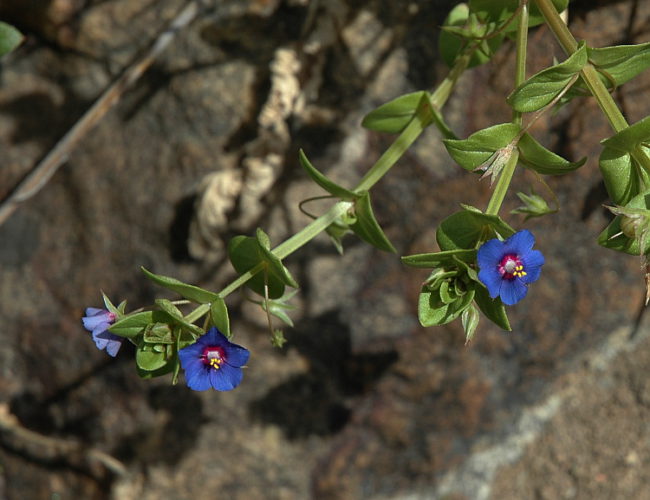 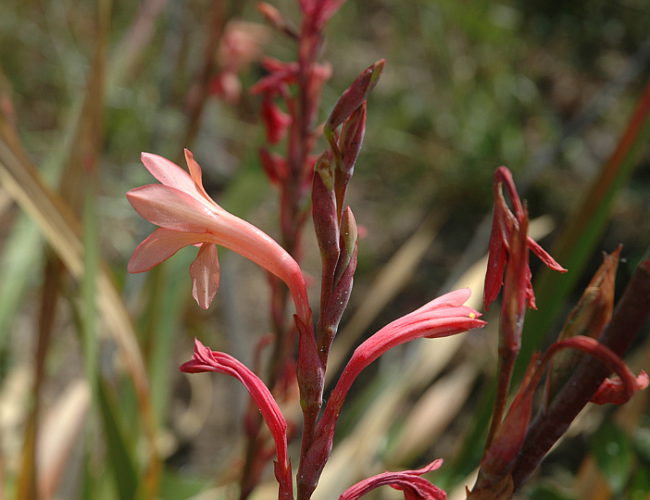 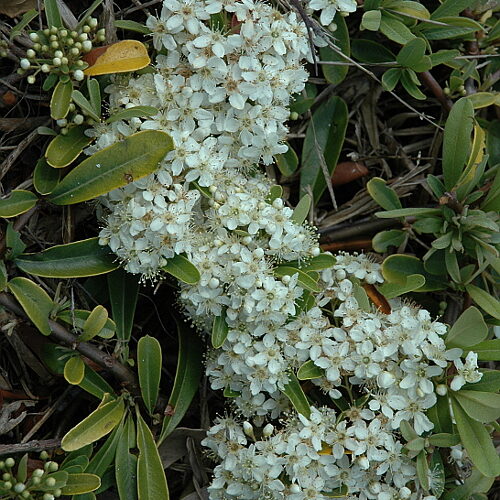 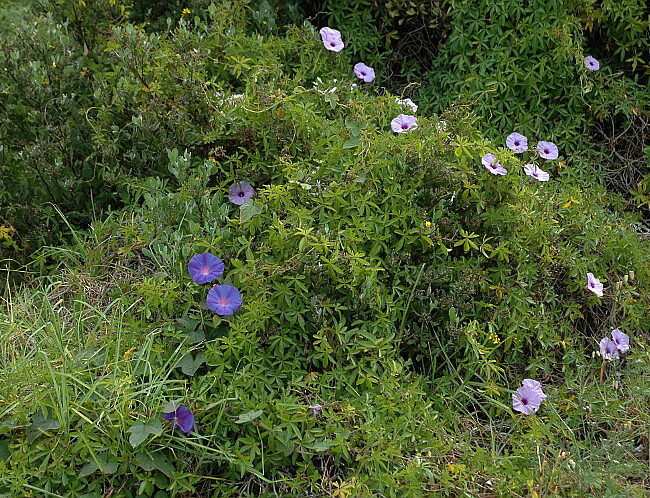 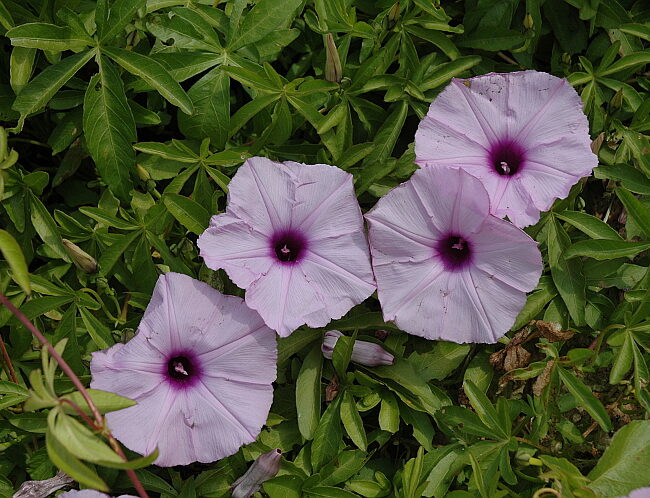 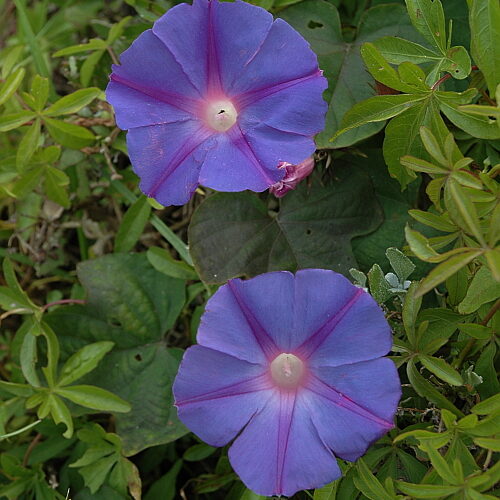 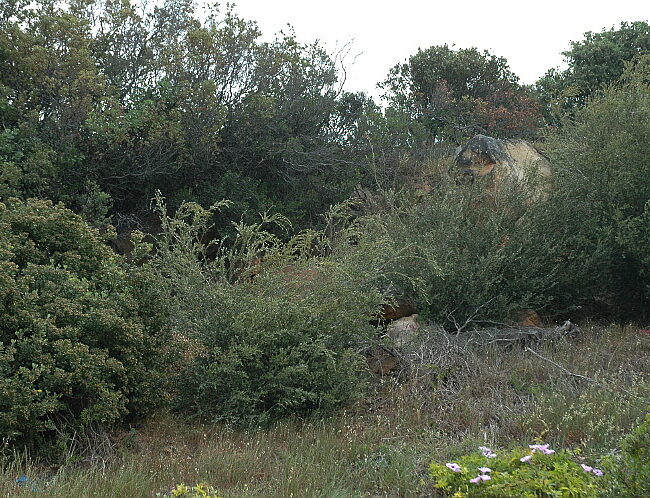 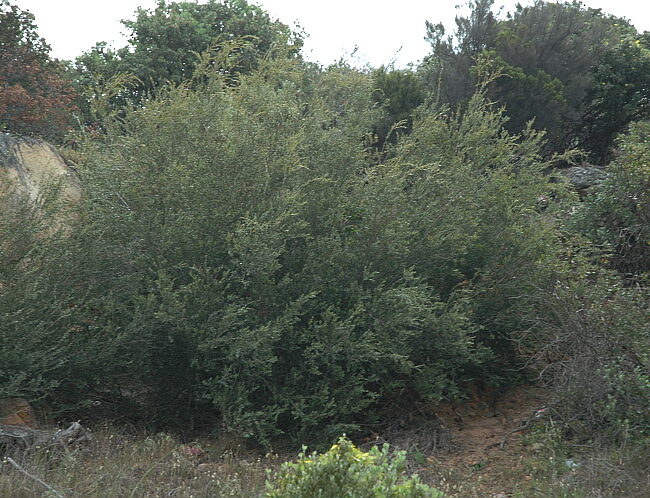 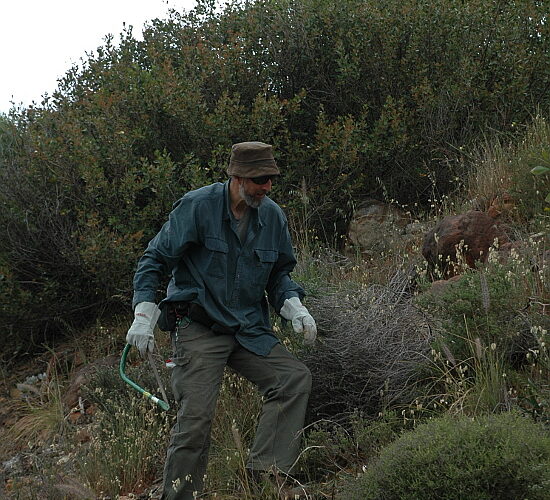 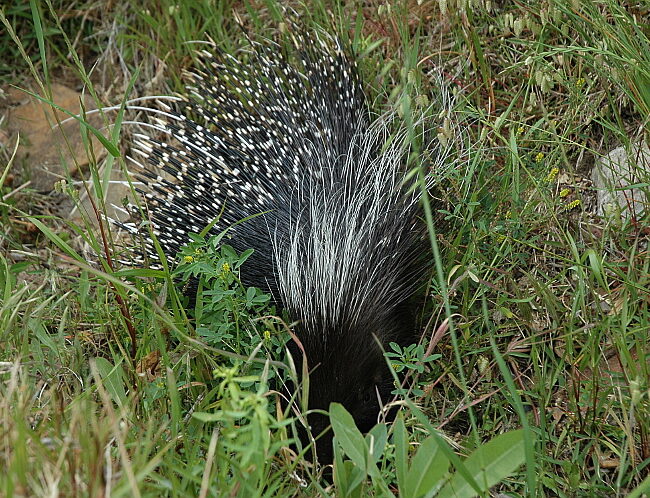 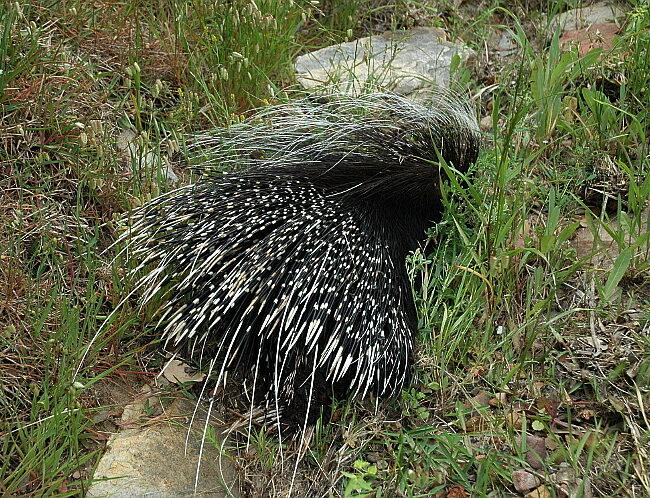 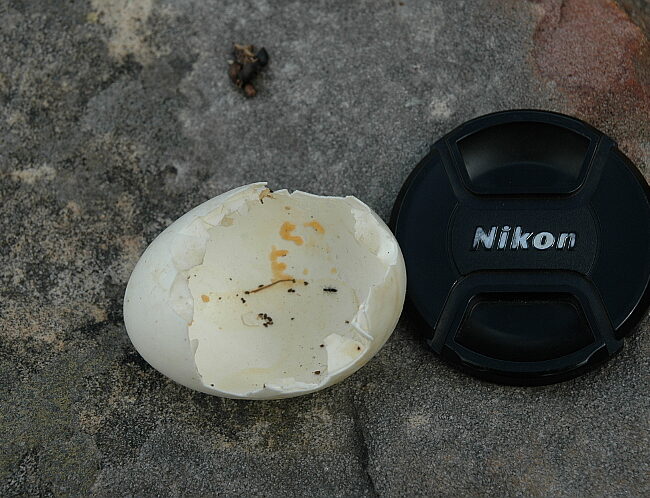 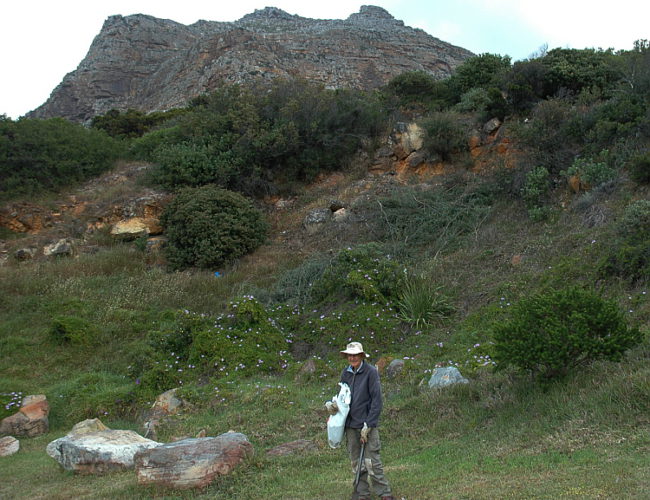