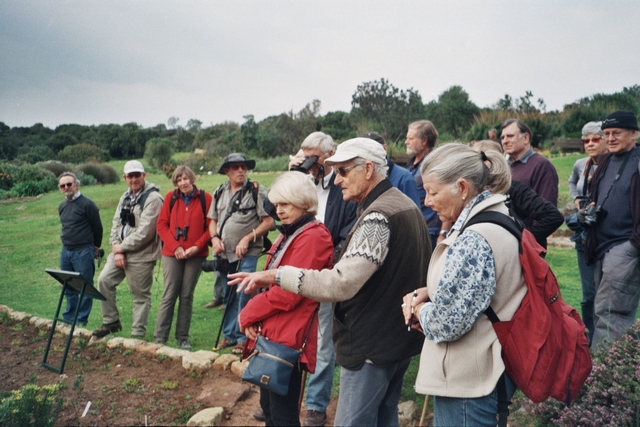 A group of about twenty enthusiastic people joined Peter Steyn on a slightly overcast day. Our first stop was at the black, metal hanging flower pot in the Visitor Centre, just in front of the Conservatory, where a nesting Spotted Eagle-Owl could just be seen above the rim.

We congregated on the main path near the entrance, as Peter identified a Sombre Greenbul’s call. He explained that it was truly the sound of Kirstenbosch, although was very elusive and was seldom seen. (The accuracy of this statement was to be undermined about half an hour later.) While we were still standing there, an African Harrier-Hawk (Gymnogene), probably a sub-adult, flew directly over us, providing an excellent and exciting sighting.

On the Boomslang, we had enjoyed a clear view of a group of African Olive-Pigeons (Rameron Pigeons) on the top of the Atlas Cedar next to Harold Pearson’s grave. The group of birders at the back were treated to better views of these birds, as they flew closer, and also saw a Common Chaffinch – a ‘lifer’ for the Zimbabwean visitors in the group. Soon after leaving the Boomslang, we had a very good view of two Sombre Greenbuls, right next to the path, as well as a female Malachite Sunbird. Peter and Myburgh Brink had done a ‘reccie’ to see where the second pair of owls could be found. We, therefore, were fortunate to get an impressive, close-up view of the pair.

In addition to explaining more about the birds we had seen, Peter shared other interesting aspects of the garden with us. He pointed out some young Marsh Rose plants, before stopping at the bench placed in memory of Gerry Broekhuysen, Chairman of the Cape Bird Club for twenty-two years, and his wife, Mariette and speaking of the enormous contribution they had made to birding in Cape Town.

Shortly after this, we were treated to the sight of a Booted Eagle, which circled slowly in clear sunlight, allowing us to observe the white ‘landing lights’ very well. Definitely the bird of the morning!

We saw 27 birds, plus 2 which were heard only. A good morning’s walk, all round. 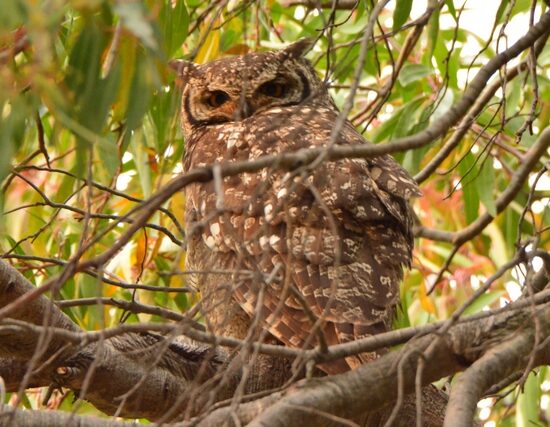 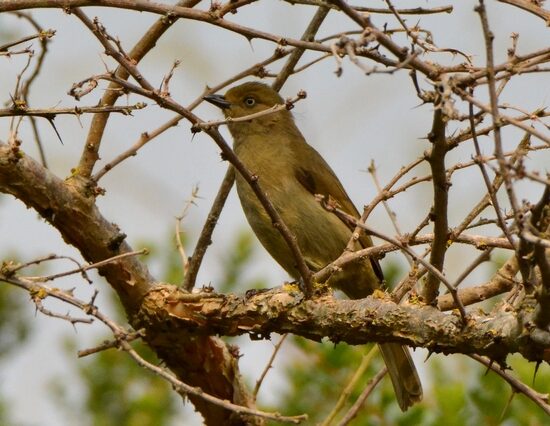 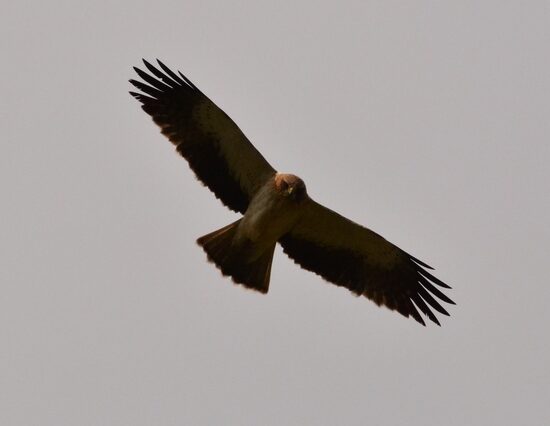 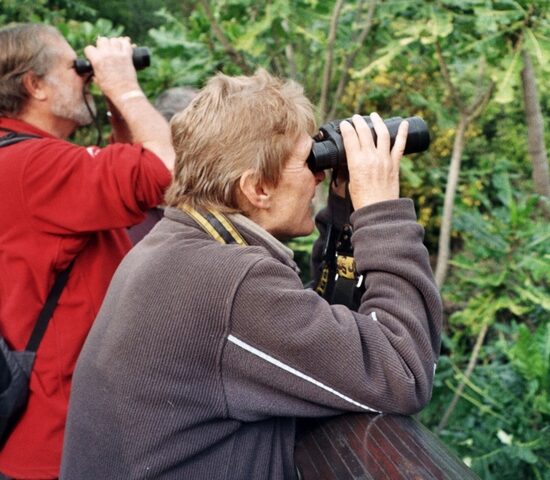 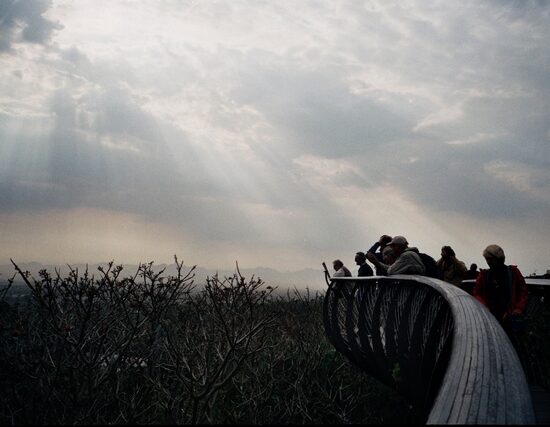