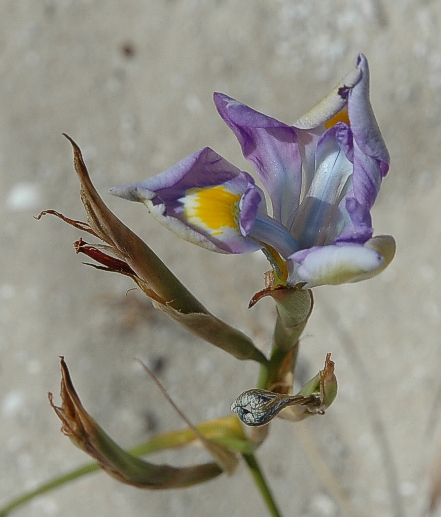 It was partly cloudy with a cool SW wind blowing. Few birds were visible any where in the air over Zandvlei. The reeds along the Keysers River have grown to more than 5 metres high since being cut and in places and are very dense. We went back to the lantana area and on the way found many Brazilian Pepper tree stumps sprouting. Bert worked along the railway line cutting back regrowth of Brazilian Pepper trees and Palm trees. Barry and I finished what we could of the main lantana stand. There are numerous new sprouting shoots of lantana at ground level in the dense regrowth of reeds. Sue and Robin cut back small stands of lantana along the railway line.

27 species of birds were seen, good considering the day. No swifts and swallows. No egrets, herons or teal either. Robin showed us Moraea Fugax and Falkia Repens flowering. On the corner of Rooikrans and Promenade Road there was a pair on Spotted Thick knee. The resident Common Fiscal was seen feeding 2 chicks which could just fly. The grass off Promenade Road was cut and the mower had flattened the orchid area we saw last month, they did not have chance to set seed. Citrus Swallowtail and Silver Bottom Brown butterflies were present and the first Robber flies were seen in sandy areas. The estuary mouth was closed and water level in the vlei was high. There was a 1 metre per 8 second inflow under the railway bridge, where some fishermen had caught a carp. On our way back another 2 fishermen had caught 3 carp elsewhere in the vlei. 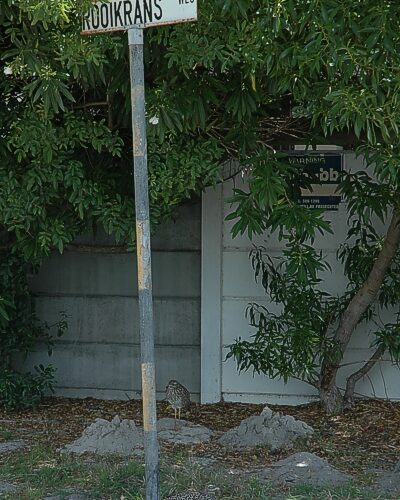 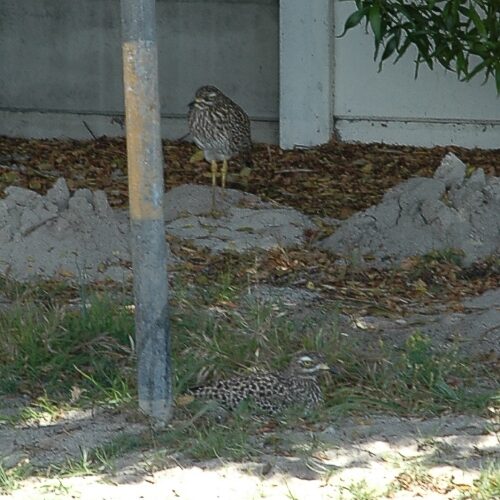 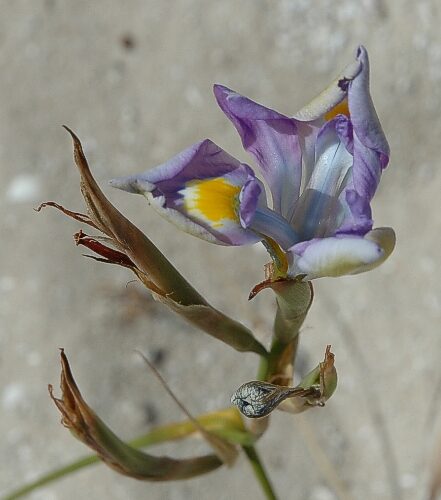 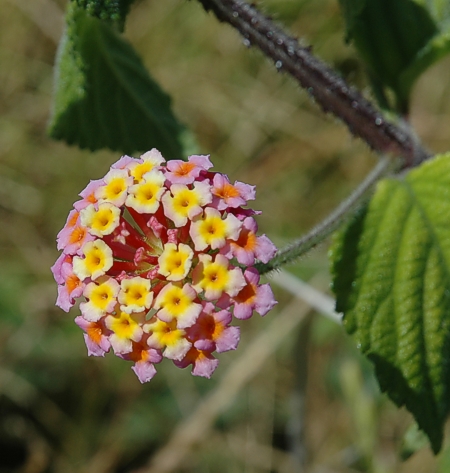 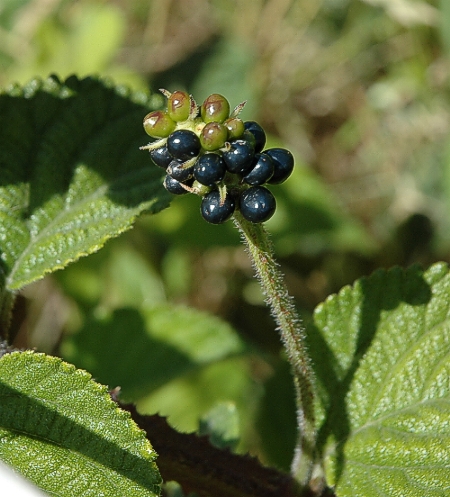 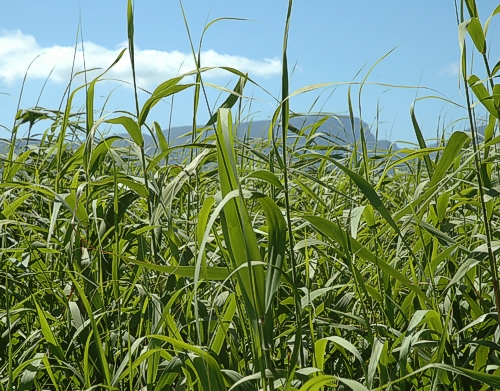 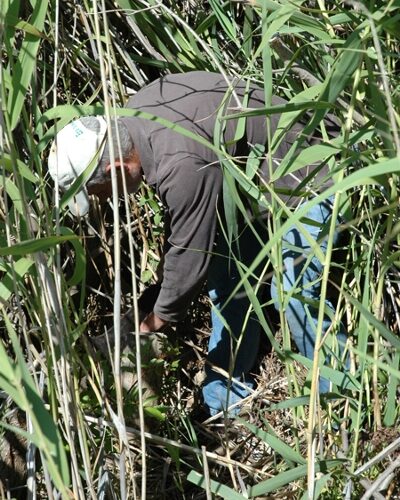 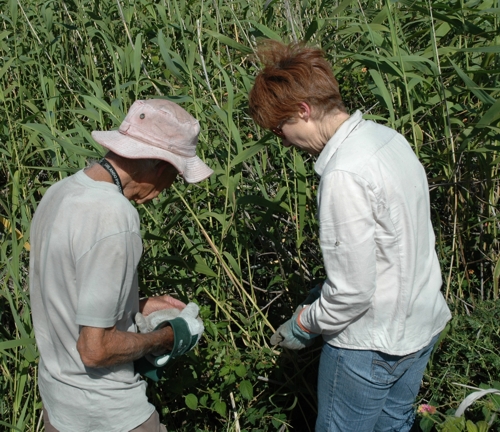 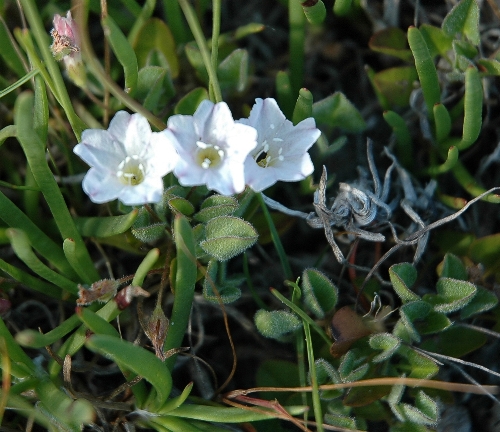 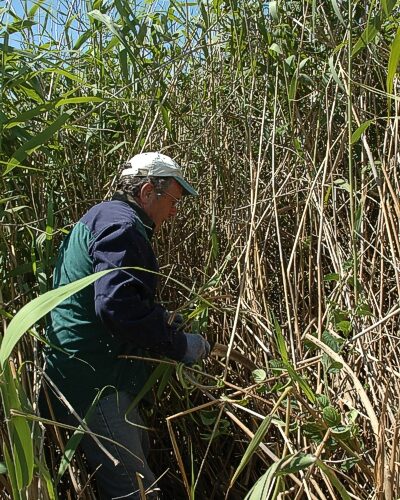 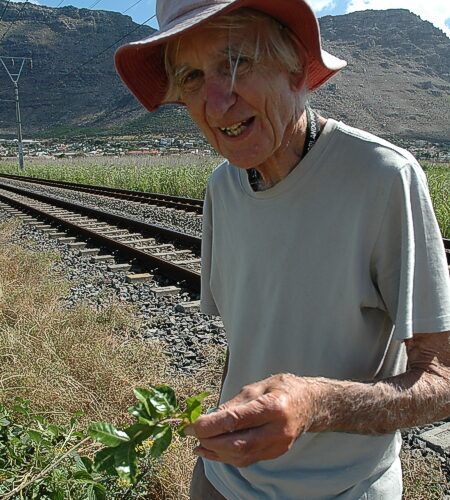 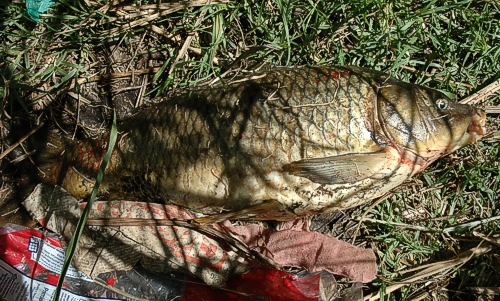