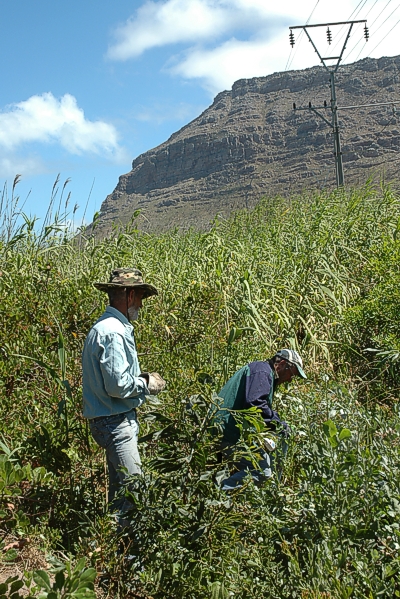 It was sunny and partly cloudy over the mountain areas with a cool SE wind blowing, becoming stronger through the afternoon. We worked along the railway line near to Steenberg station where we found Brazilian Pepper, Port Jackson and Palm trees. There is some good indigenous shrubbery here.

Again 27 species of birds were seen, good considering the conditions. There were very few birds seen in the air above the main water body. The estuary mouth was closed and water level in the vlei was high. There was no flow under the railway bridge, where a fishermen had caught some carp and talapia. On our way back another 2 fishermen had caught 6 carp elsewhere in the vlei.

We found this area with a number of Port Jackson trees and a very old large Brazilian Pepper in the swale on the eastern side of the railway line. Bert chopped down the palm tree. Robin was caught by a surprise photo while busy cutting down some Port Jackson trees.

Thank You to everybody who has helped this year, as we discussed on our way back “we can see the difference we made”. 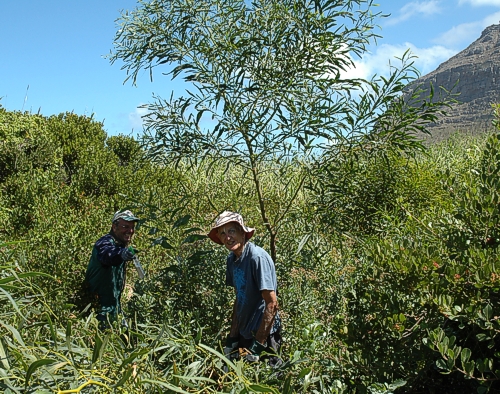 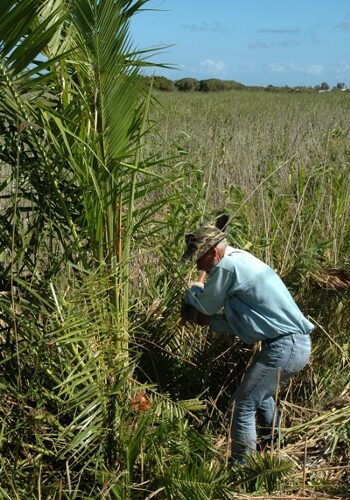 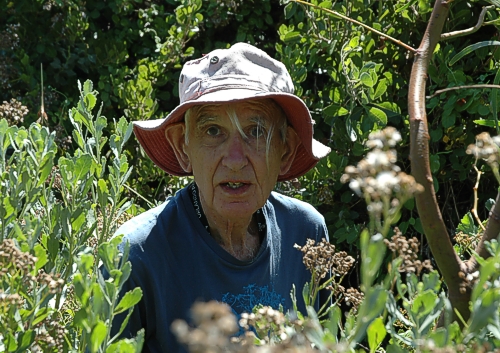 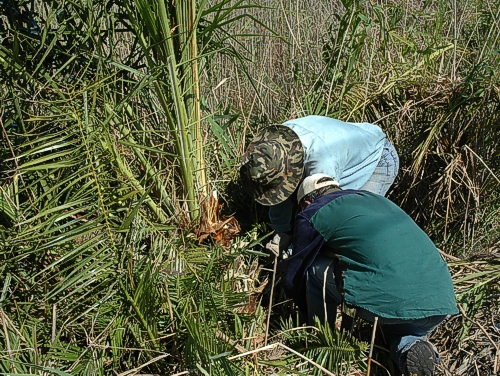 Hacking Team at Zandvlei Nature Reserve – November 2015.
Is this a Little Stint?