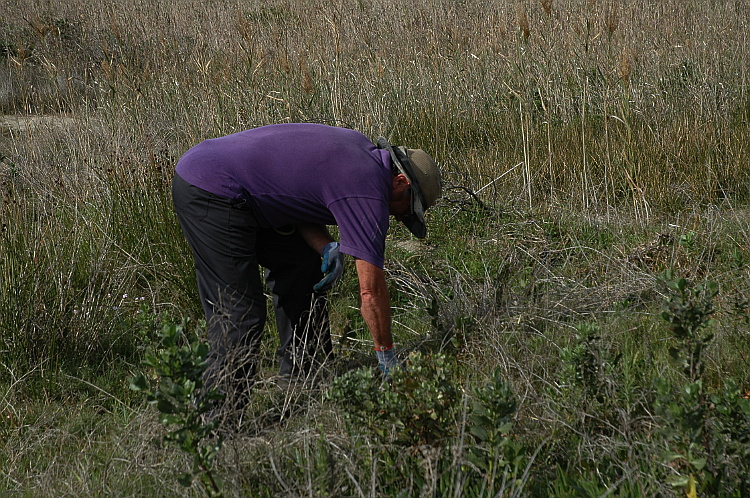 The estuary mouth was open and there was a mid tide height of 1 metre at 16h00 with no inflow or outflow in the estuary mouth. The water table and saturation in the surrounding wetlands has increased considerably in the last 2 weeks, with the main waterbody of Zandvlei at a medium to full level. There was no waterflow under the railway bridge. The air was cool with broken cloud cover associated wit a passing cold front and slight NW breeze. By 16h00 the sky was clear and the air warmed up with no wind at all.

At Lakeside station Barry and I heard what sounded like bangs on the railway line before the trains approached the railway bridge then loud noises from the bridge as the trains crossed it. Were they working on the railway bridge? When we got there, the signs were that “children must have been putting ballast stones on the tracks”, which were causing the noises as the train wheels went over them. No sign of anyone when we arrived there but the culprits returned about 1/2 hour later and had not seen us working behind the bushes. When they did they kept going looking and sounding very guilty. We could see the train drivers peering at the tracks when approaching the area, so word had spread within the train drivers circles.

We started in management block 27 to hand pull the many rooikrans and port jackson seedlings which have sprung up in the area east of the railway line which burnt about a year ago. This area will keep us busy for a few months. We did a quick walk around to survey what needs doing, before starting to work. We noticed that the canals in the north western area are green in colour. There is no water circulation here.

34 species of birds were seen and the Black Crakes are calling in the Westlake Wetlands. There were few insects about today, the Emperor Dragonflies and one Autumn Brown Butterfly were the only airborne species.

In management block 21 large amounts of rubbish from “bergies nests” had been removed by City officials yesterday. Barry had seen the truck on Promenade Road with people loading the black bags. We checked the nest areas and they were reasonably cleared. We shall have to cut the large bitou bushes down so that there is less shelter for nesting bergies in the Nature Reserve. 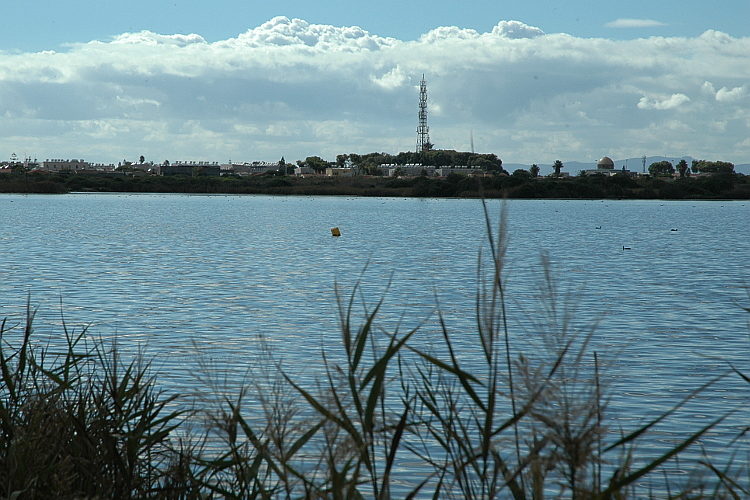 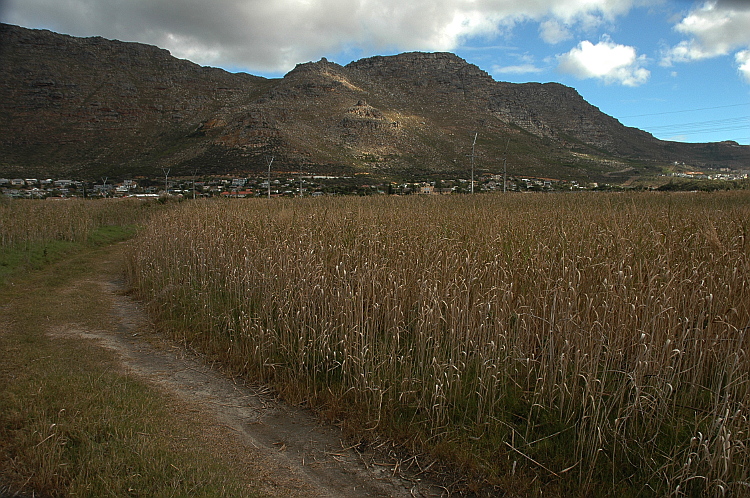 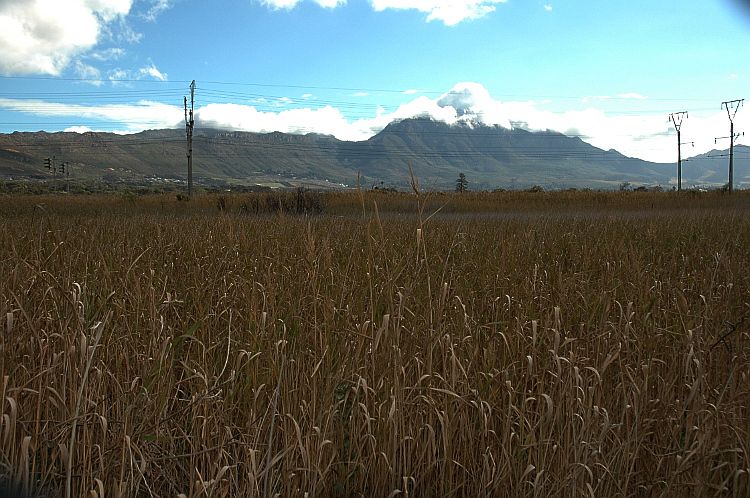 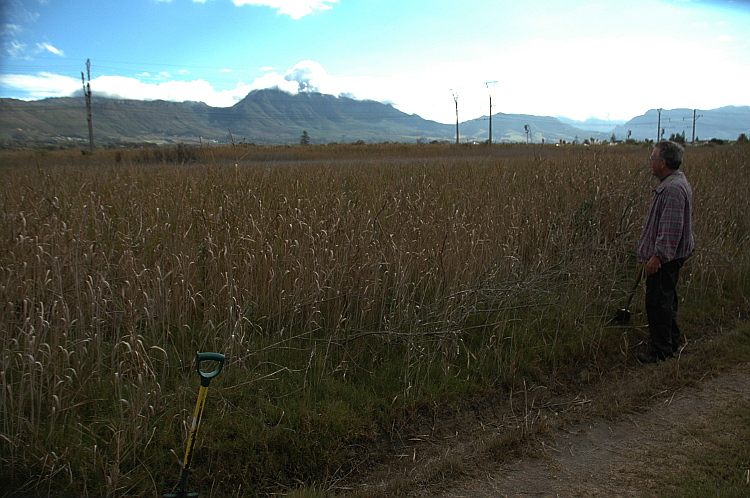 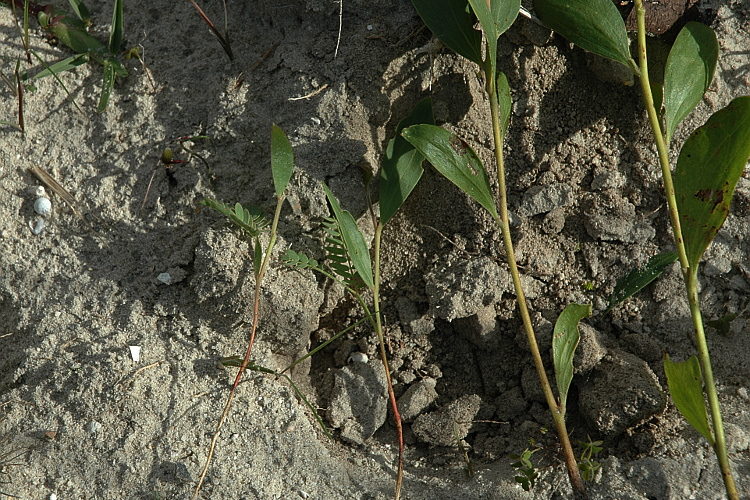 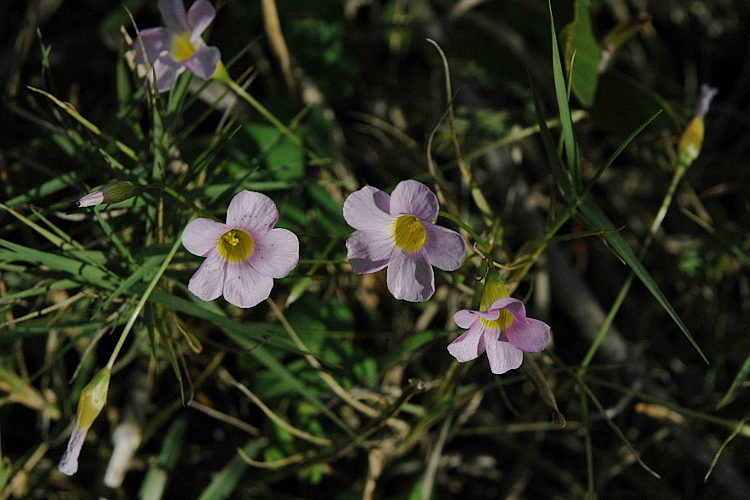 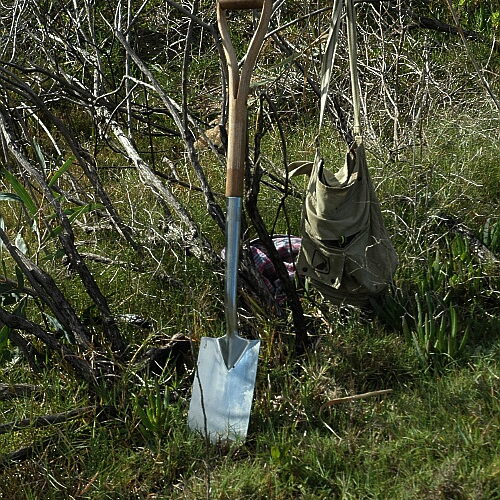 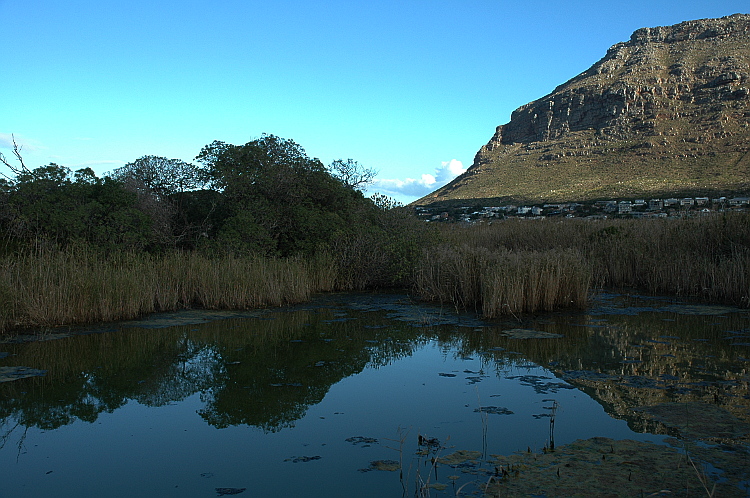