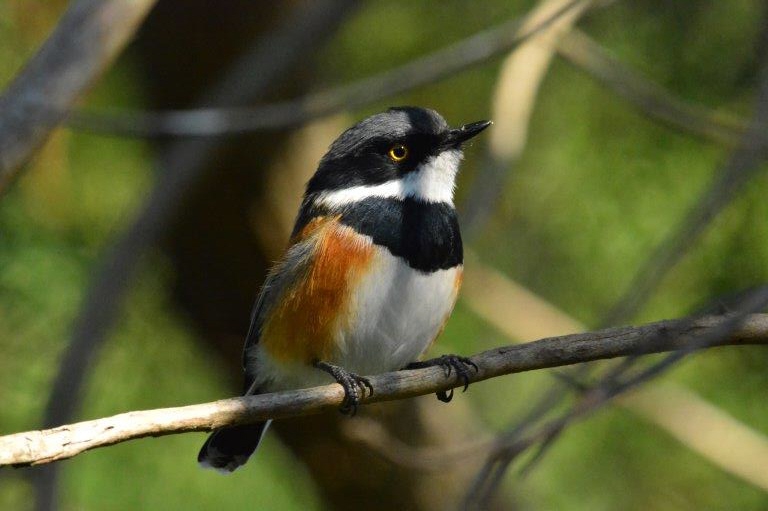 There was a very heavy mist to start the day but by the time we had booked in and started the walk it had lifted and the weather was perfect – clear skies and windless.

Some 25 Persons arrived for the walk, a number which dwindled as the walk progressed, and everything looked very promising. The outing, birding-wise, was however seriously compromised by the presence of three Helicopters which spent the entire morning water-bombing the fire on the Mountain behind Kirstenbosch. They were lifting water from the Irrigation Dam and then overflying the Gardens in the direction of Skeleton Gorge so the continuous noise did not make the birding easy.

We however kicked off with the usual Sombre Greenbul, actually seen!, Southern Double-collared Sunbird males chasing about and a confiding African Dusky Flycatcher. We had a good sighting of a Southern Boubou and Karoo Prinia and then further on, in the top end of the Gardens, despite the Helicopters flying overhead, came across a couple of Cape Sugarbirds and Orange-breasted Sunbirds.

Other interesting birds were a pair of White-necked Ravens, Swee Waxbills, Cape Batis, Speckled Mousebirds, numerous Olive Thrushes and after a bit of a search we found one Spotted Eagle-Owl in the Wild Almond Tree on Smuts Avenue. Also of interest was a mixed flock of African Black and Alpine Swifts all doing their thing and seemingly unfazed by all the noise and aerial activity around them.

Notwithstanding the somewhat challenging conditions the final species tally was 26 which was a fair number and the morning was an enjoyable one for those who persevered.

Thanks to Graham and Myburgh Brink for the photographs. 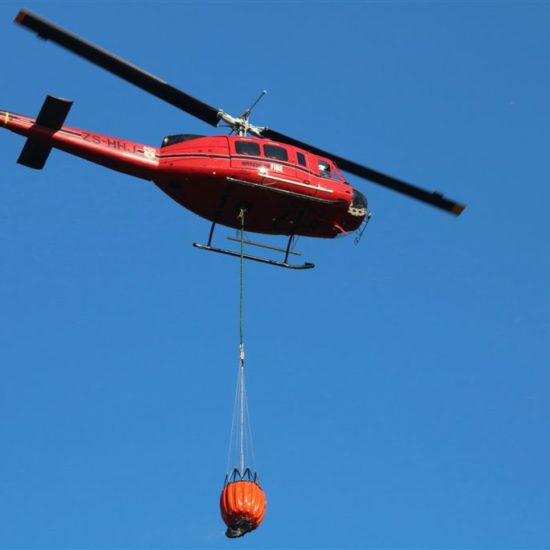 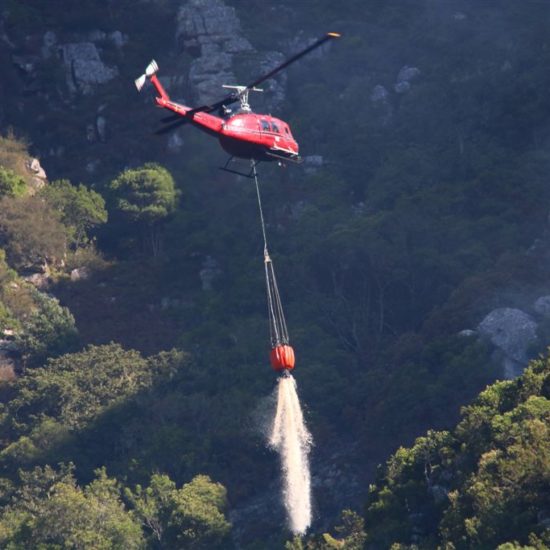 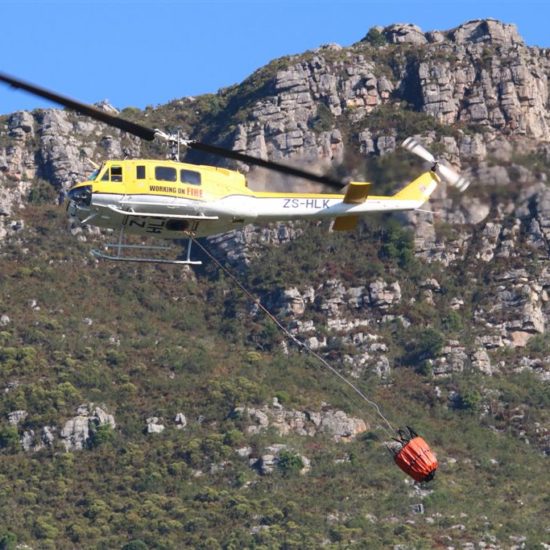 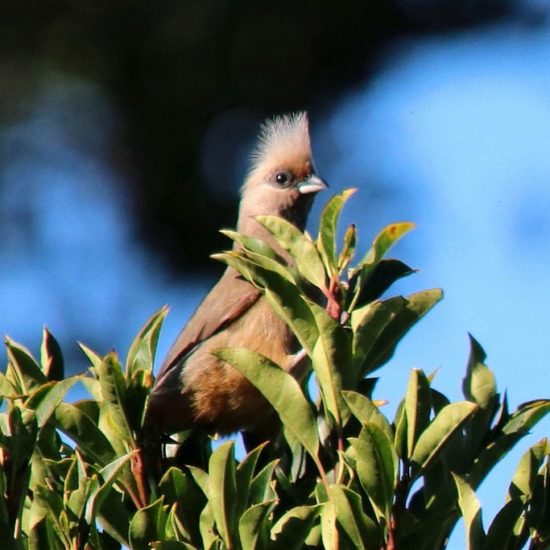 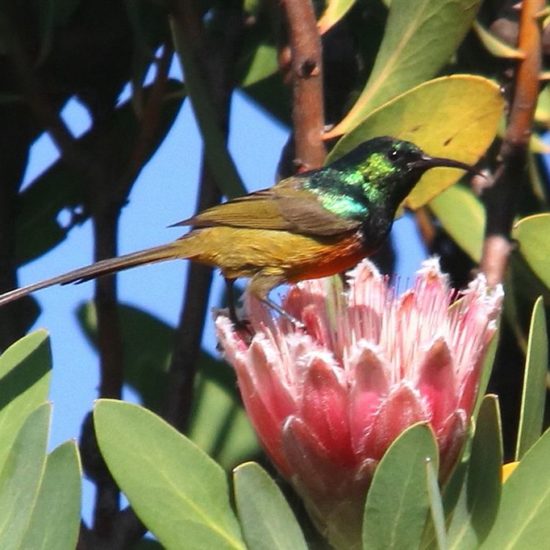 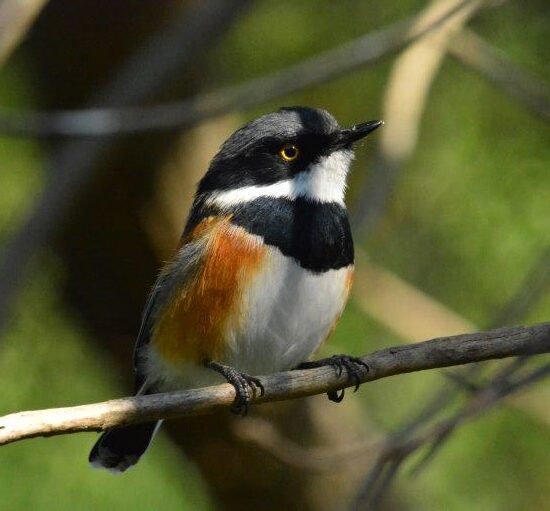 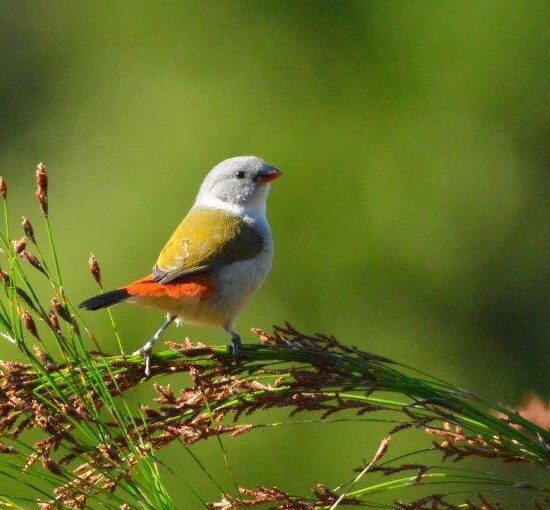 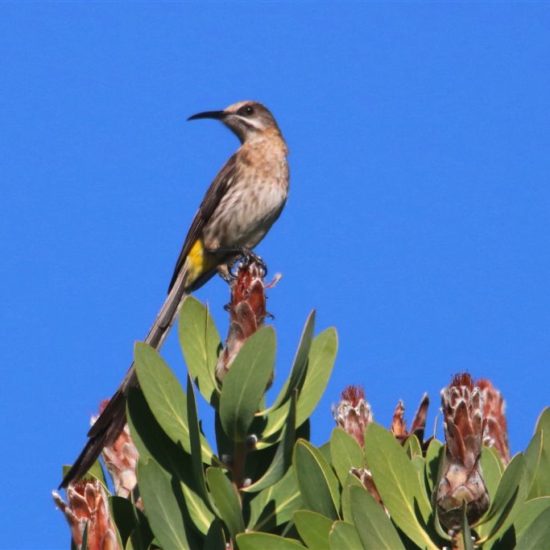