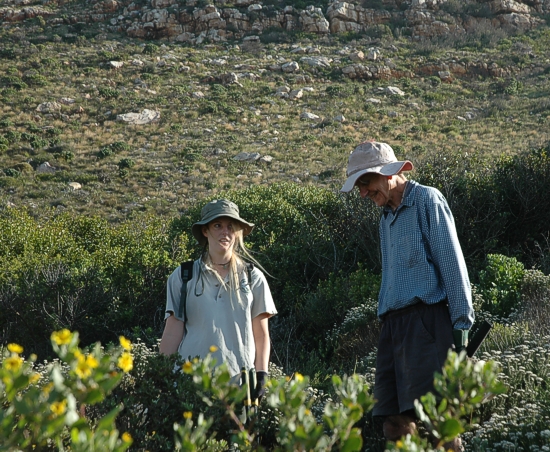 Robyn Morton a Zandvlei Nature Reserve staff member came to hack with us today. Thank you Robyn. Sue found a number of Sisal plants in the upper section which were removed.

The planted sisal (photo) along the verge of the road will become a problem for the nearby residents in future. Bert tackled the Rooikrans tree on the photo which had grown quite large since we last worked here about 5 years ago.

“The Team” were all pleasantly surprised that there was not too much which had re-sprouted in the upper section which we managed to inspect. There were few seedlings present which would be normal and to be expected. We decided we shall start at one end and work through the area removing what we find.

The weather was pleasant to work in as it was sunny with a slight SE ground breeze and the sparse upper clouds moving from a NW direction. It was very foggy until late morning, which had cleared and left a hazy sky.
We noted the burnt section at the top end of the Reserve off Cap Michel Close. A large protea tree was badly burnt and had died. This has allowed a number of other smaller species of plants to sprout from the dormant seed stock in the ground. Along the upper border of the reserve it is evident the neighbours gardeners dump cut garden plant matter and there are a variety of species which are well established escapees which will have to be taken out.
We saw a white and ginger domestic cat, Cape Skink, Garden Locusts, instar Koppie Foam Grasshopers (it is a Milkweed feeder later in its life span), Common Dotted Border and Garden Acraca Butterflies and their caterpillar crawling in some areas. 11 bird species were logged for the MyBirdPatch. Highlight being the Cape Sugarbird. This group of orchids were starting their winter growth cycle. The larger ones may produce a flower stem this season.

Also noted that the mouth of the estuary was closed.

A Common Dotted Fruit Chafer also taking advantage of the pollen and nectar in the flowers. The hover flies and the honey bees were swarming these shrubs, the Heuingbos in a mass of flowers currently.

The Passerina paludosa in the photo was planted in 2011 with the Mountain Men staff and the Zandvlei Nature Reserve staff at the Mandela Day planting. It is about 1 metre tall now, planted as a 15cm cutting and with no help from any one. 3 others are doing well together with a number of other species. 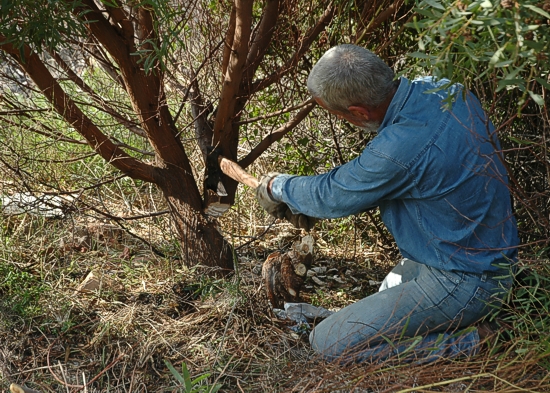 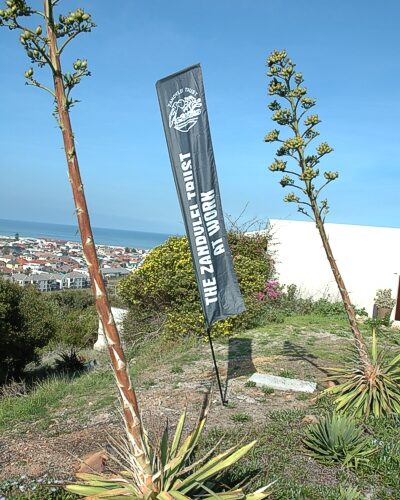 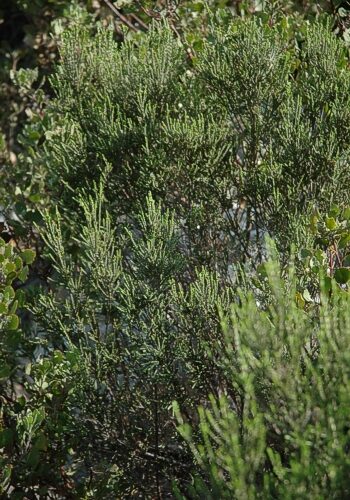 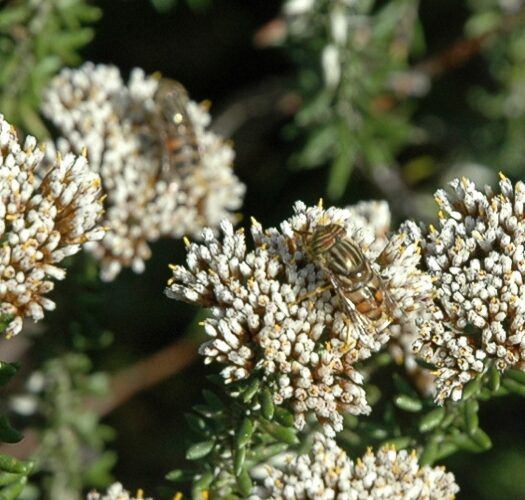 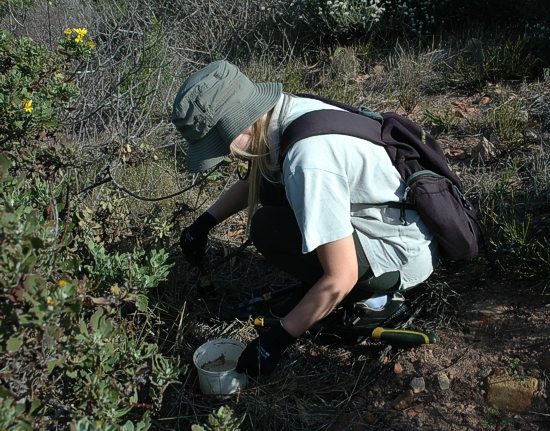 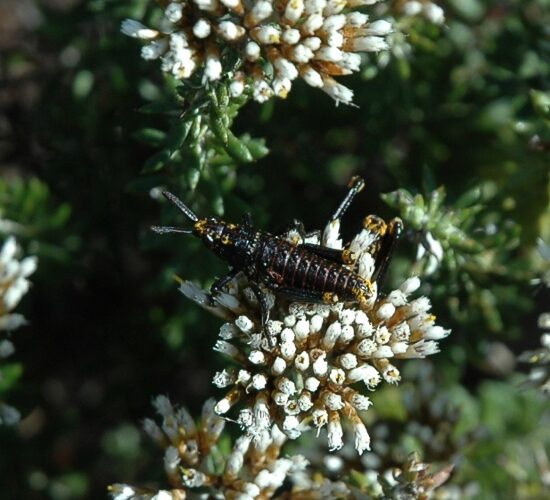 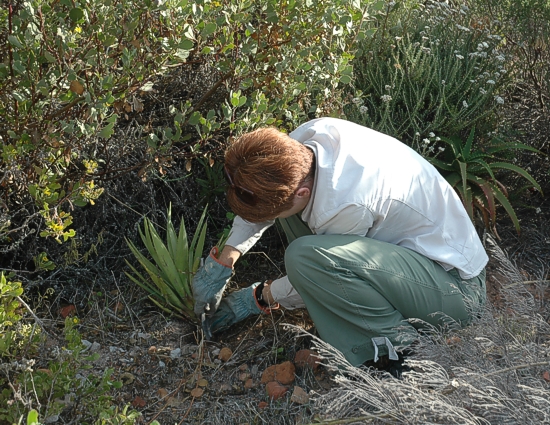 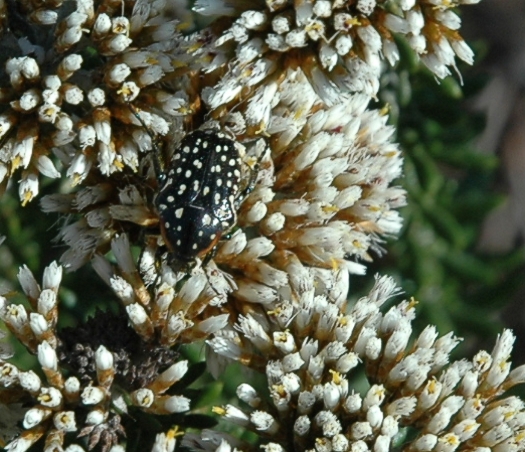 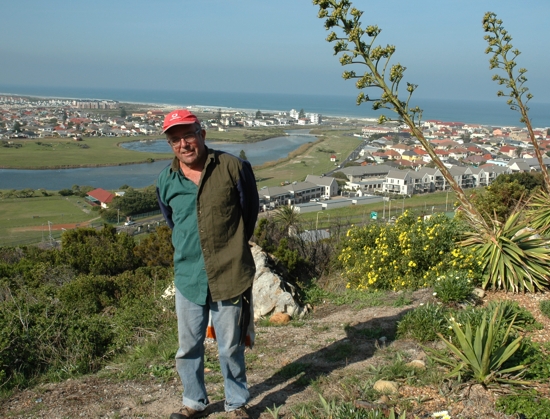 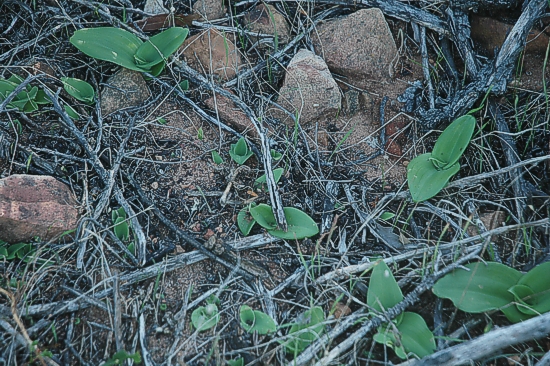