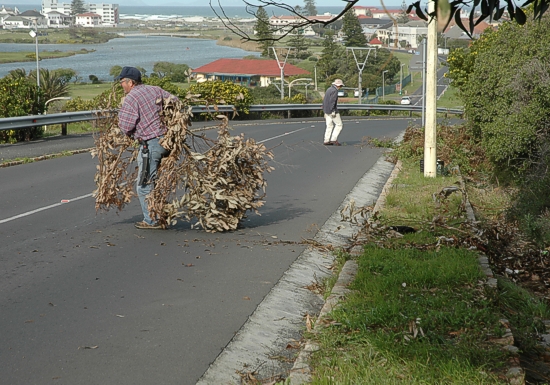 This gum tree in the photo was overhanging the road edge and causing a hazard especially to cyclists. The branches were also in the stormwater drainage swale which could have caused flooding of the road.

There was a sunny sky with high hazy cloud cover. A cold to icy SE wind was blowing. The mouth of the estuary was closed for the SA Canoe Champs with lots of activity at Zandvlei. The water level was high for their use.
We decided to tackle the middle section of the Old Boyes Drive site. Removing invasives from the swale as the start of the winter rain is expected this coming week. Barry cut the branches away which has much improved the visibility for road traffic users. Robin and I cleared a large senescent bitou bush which was over hanging the swale. Barry managed to cut down a couple of gum tree saplings and a number of the usual Port Jackson saplings along the roadside.
There is a lot of work here for us on the eastern side of Old Boyes Drive. Also the Upper steep sloping property has a number of invasives also “garden escapees”.
5 bird species were noted. One Dotted Border butterfly was seen. A few Cape Lappet Moth caterpillars were found on the bitou shrub we worked on including a disused Karoo Prinia nest.

The overhead cloud cover became lower and darker and made it gloomy and very cold by 16h00. 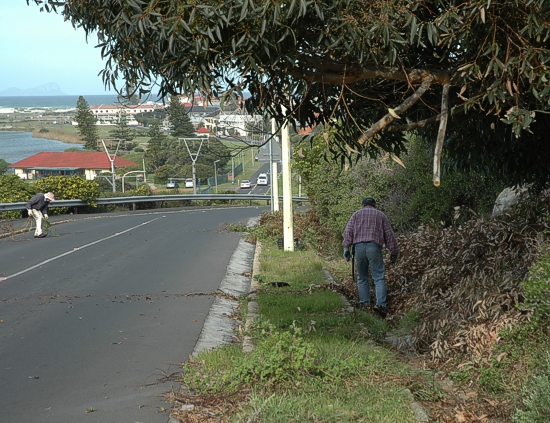 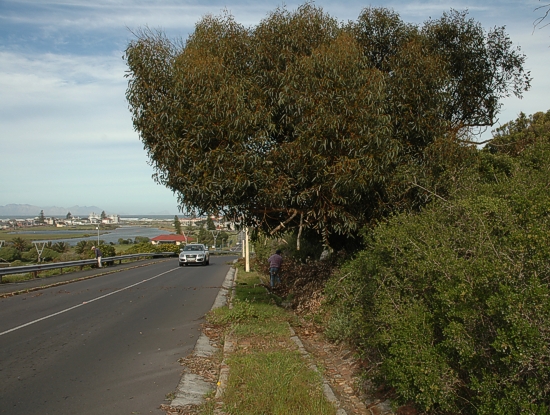 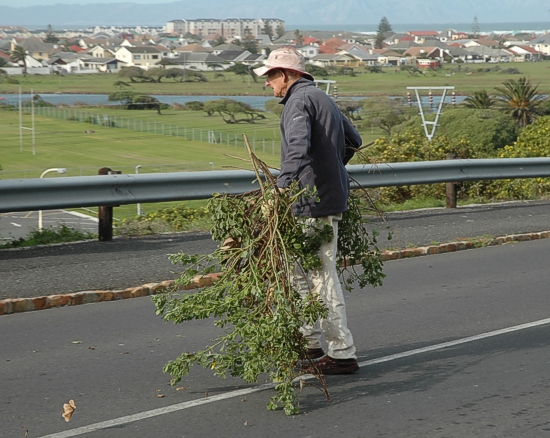 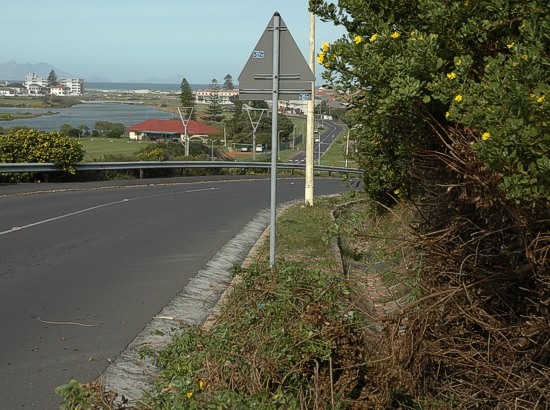