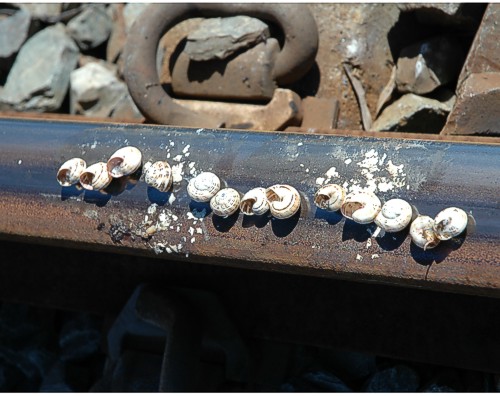 Look what Bert found in his garden. Does anyone know what it is? It is a fungi of sorts.

A warm, partly cloudy afternoon with a NW wind blowing, helping to keep us cool. It is New Moon today the mouth of Zandvlei is open to receive the ingress of sea water for these high tide events for the next few days.
Back in Management Block 27 we continued with mainly Brazilian Pepper trees. We found a large Pampas Grass stand and started cutting the long stems down.

The Zandvlei mouth was open and the water level reasonably high as the scouts were sailing their boats all about the vlei. When At about 14h30 there was no water movement under the railway bridge, nothing. Then at about 16h00 the water was pushing out the vlei into the Westlake Wetlands under the bridge at 1 metre per 5 seconds which is pretty fast.

The bird count was 17 species for the afternoon. The spectacle for the group was the spider hunting wasp (Tachypompilus ignitus) catching the rain spider (Sparassidae:Palystes castaneus) and dragging it off under cover of thick grass. There was a good variety of insects active and present all afternoon.

We had the Bergvliet Scouts volunteers with us today and here two are getting stuck into a Brazilian Pepper tree stump which had copsed. Andrew and David in the background and Zintathu (UWC volunteer student) were cutting the reeds away so those with saws could get to the base of the tree. Bert and Barry had to clear the reeds to get into the base of the Brazilian Pepper trees.

The scouts had fun collecting old snail shells when they got bored. The squashed ones were from the previous train going past. The next lot were lined up. 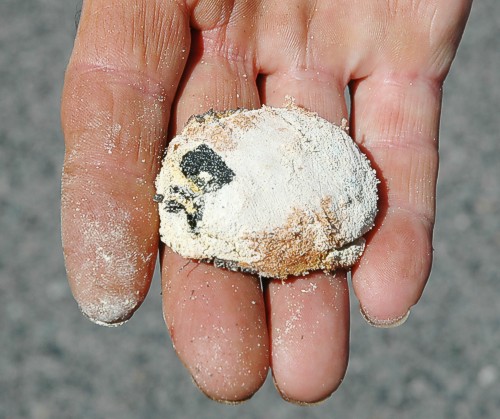 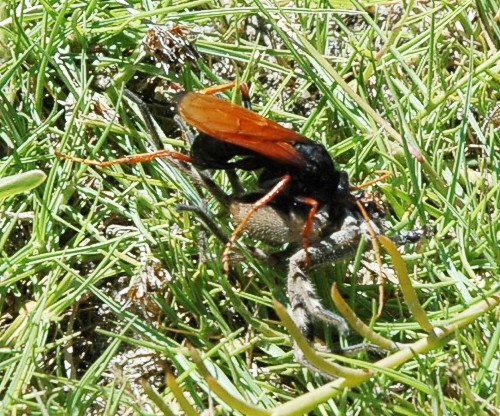 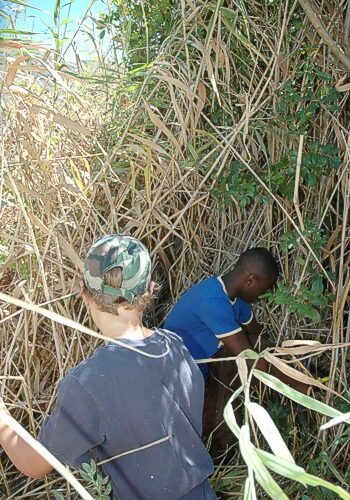 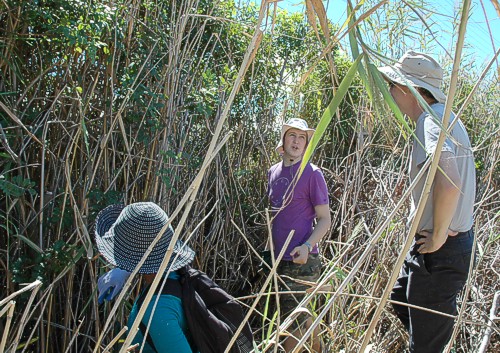 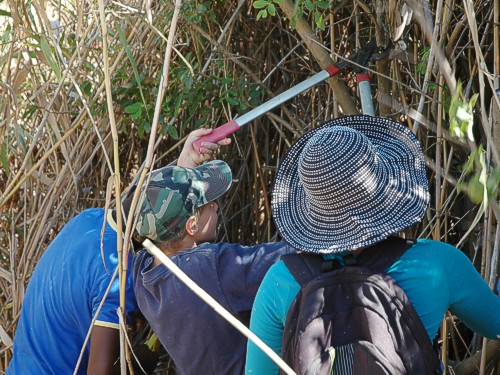 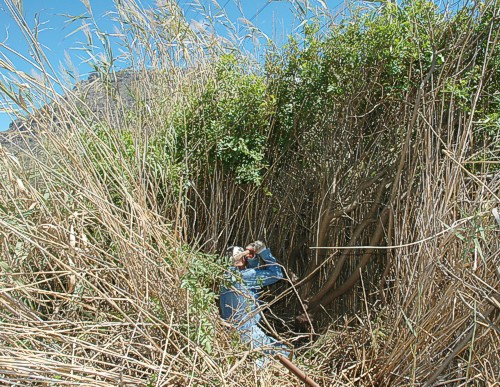 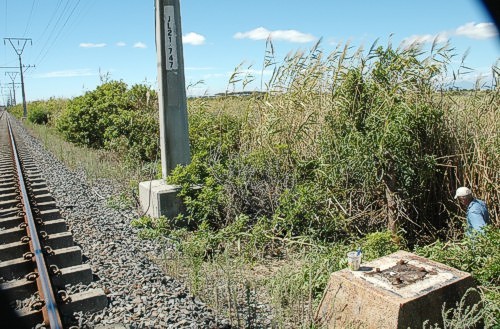 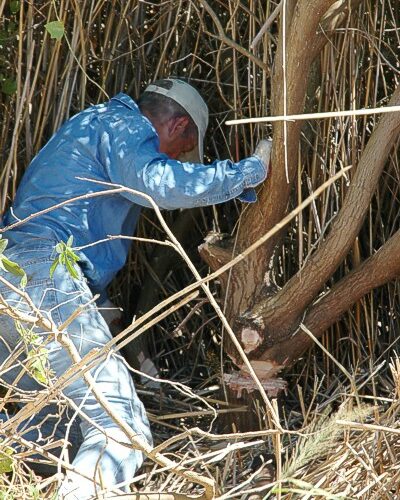 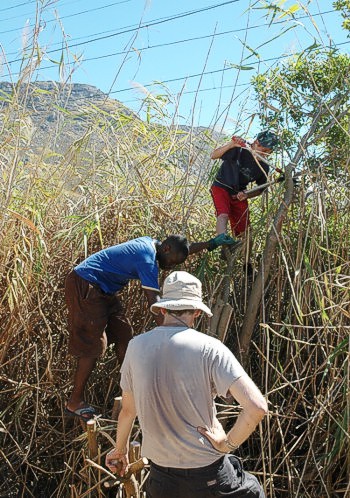 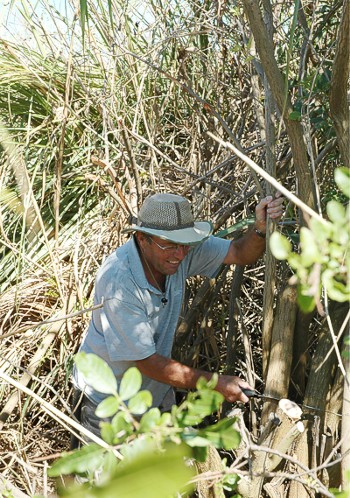 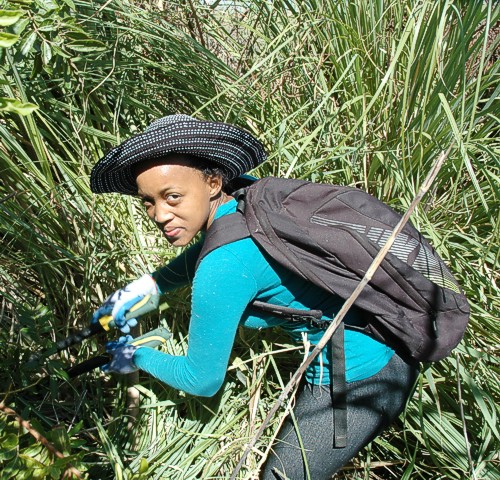 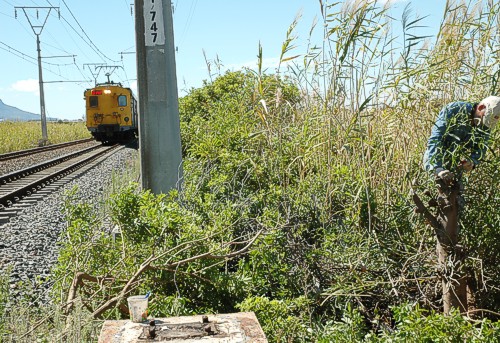