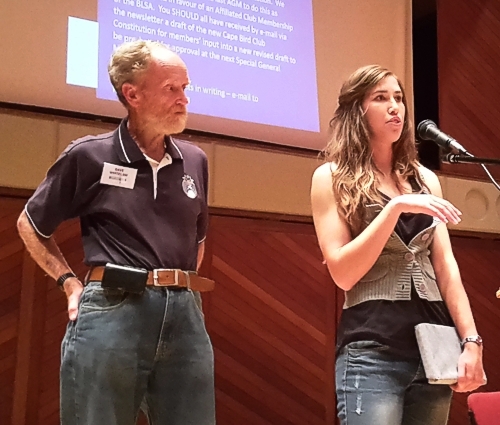 She was a City of Cape Town Conservation student doing her practical year in 2014 and based a Blouberg Nature Reserve. She was nominated by a panel of City officials and Cape Town Technicon senior managers for the excellent work she did during that year. The CBC Conservation Committee had previously decided after Frank had died to recognise the legacy of the work he did at his West Coast Field Studies Centre for all facets of natural conservation in the Greater Cape Town area and up the West Coast as well.

It was decided to recognise students who have excelled in their practical year of Conservation Diploma on an annual basis.