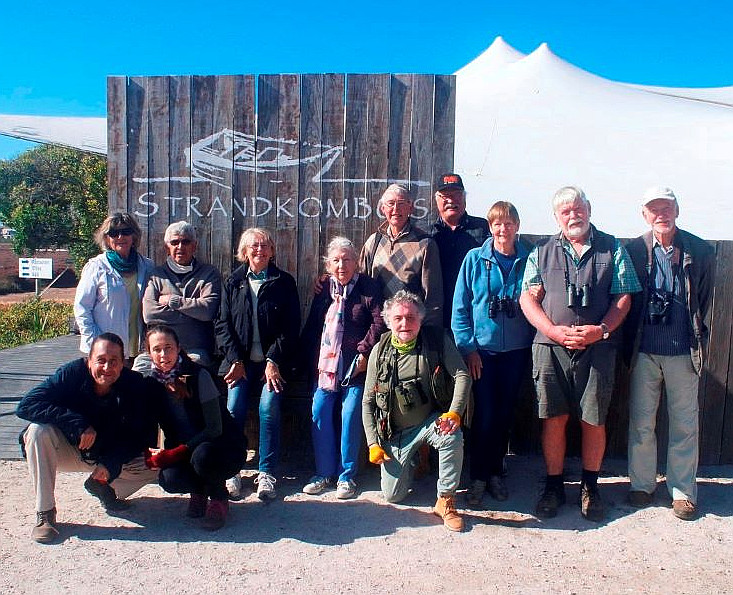 To relieve the cabin fever and lack of social birding outings during lockdown, the CBC Kruger Challenge 2019 Team met for a 2 day (19 & 20 Oct, 2020) reunion at Strandkombuis, near Yzerfontein.
Except for two members of the team Peter and Sandy Hills who are in the UK, but wives now attended the reunion, so our complement was twelve.

Strandkombuis is a lovely venue that sits facing Rooi Pan, so there, right in front of our rooms, was an ever changing parade of birds. Mixed flocks of terns, mostly Common Terns, with some still in full breeding plumage, did turn up a Western Cape rarity, Lesser Crested Tern, first seen by Simon and then another by Mel. The dazzling beauty of these birds taking to the air from time to time, en mass in sparkling flocks against the cerulean sky, underlines their Afrikaans name ‘sterretjie’.

Black-winged Stilts constantly shrieked at any birds invading their territory, two Caspian Terns roosted there almost all the time on both days, Greater Flamingos constantly feeding. Forty-four African Black Oystercatchers roosted when the high tide at sea made feeding impossible, but the high tides did not stop the Sanderlings marching in and out with the tide like clockwork toys.

Many other species were seen and we achieved an atlas list of 67 species for the pentad but barely left the south western corner of the pentad that Rooi Pan occupied for this, most of the pentad is sea. The strandveld was still in flower, looking gloriously painted and many species of birds of this habitat were included.

A trip to the Yzerfontein Pan, the Afmine Gypsum works, produced 3 Chestnut-banded Plovers, the closest to Cape Town one might see these birds, which have bred there in the past and a Rock Kestrel was nesting in a nest box attached to the working head gear, feeding chicks.

How good it was to meet up with the old team again, recalling the many stories from that exhausting 9 Days Bird and Mammal Challenge in Kruger and this time no ‘Pecha Kucha’ talk to present. Vernon Head and Rod Douglas are the only two up for it when it’s run again in 2022.

Strandkombuis is an ideal place to get away for a couple of days. The young new owners are keen to get into birds and the place is now registered as a Birder Friendly establishment with BirdLife South Africa. The rooms are clean, white and cool with just enough requisites to be perfectly comfortable. B&B only, no self-catering, with evening meals served extra and a very reasonably priced wine menu. Weekdays were perfect as we had the place to ourselves. It really was spot on. 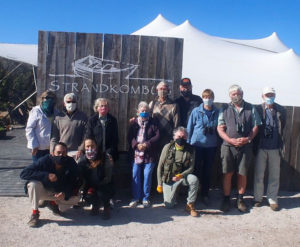 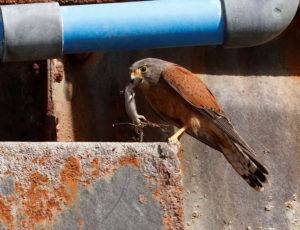 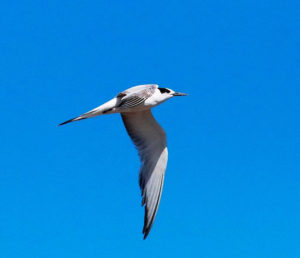 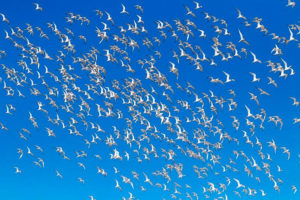 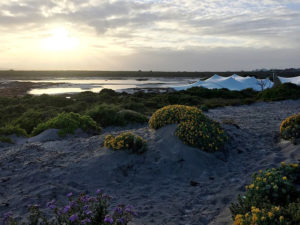 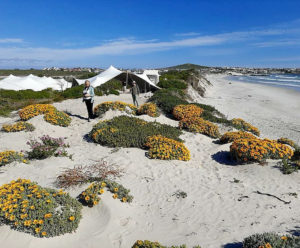 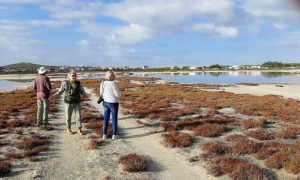 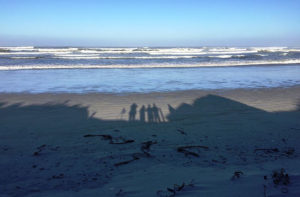 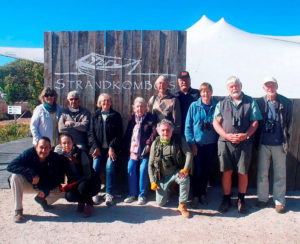