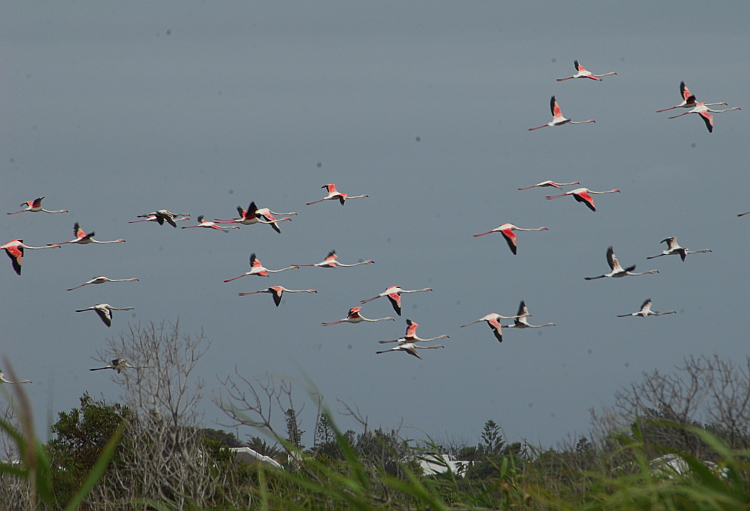 A cloudy with a cool moderate wind from the west was blowing all day, keeping it ideal for us to work this afternoon. There was light rain on the mountain tops. The estuary mouth was open with a strong full tide pushing the water under the railway bridge into the confluence of the rivers at 1 metre per 6 seconds which is considered pretty fast, at 14h30 about high tide. The tide was estimated at about 2 metres above average sea level. Down at the mouth, the water coming in was almost level with the top of the casements in the canal up to the Royal Road bridge. The Sea Scouts were having fun in the good conditions for sailing their yachts.

There were plenty of flies along the pathways on the ground out of the wind. A few robber flies were to be seen as well. No dragonflies about. We had walked past the Moraea fugax in a perfect flowering state and multiple blooms but saw it when returning after our work afternoon. The Buffalo Grass was also flowering with the stems in the air releasing spores and seed in the wind. There were monkey beetles in the vygie flowers and a number of pairs of net winged beetles to be seen on flowers and shrubs. We found a Cape Dwarf Chameleon on a Port Jackson shrub we cut down.

26 species of birds were seen during our work time. The Greater Flamingos in flight were the highlight. Also special was seeing the African Marsh Harrier hawking. A Malachite Kingfisher was catching small fish being pushed along in the inflow tide near the railway bridge. We came across a number of Cape Skink juveniles in different areas, which bodes well for this specie.

Bert carried on with the large manatoka trees, Barry, Robin, Sue and I were in the reeds working on the saplings which have proliferated. There are still hundreds to be pulled and cut down. Barry told us he had seen a group of people who seemed to be working alongside the railway line during the week. They could have been EWP contractors.