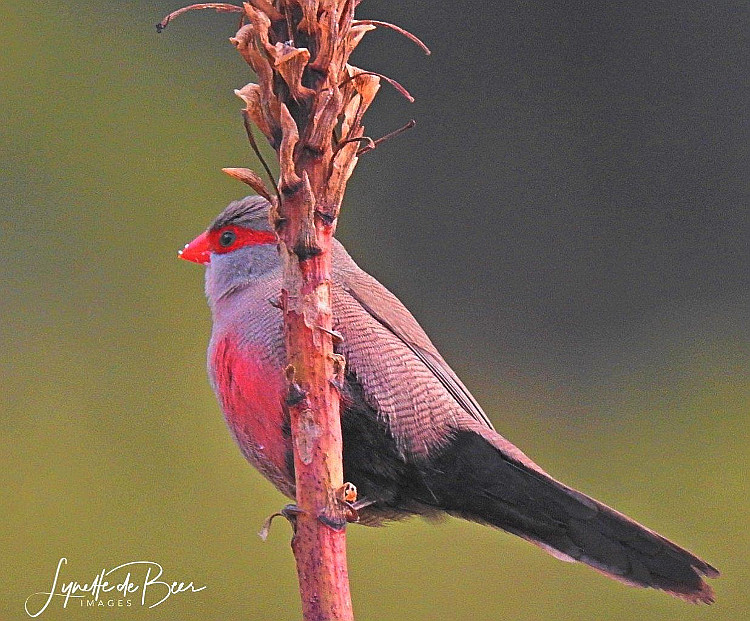 It was a dark and stormy week preceding the outing – but luckily Tuesday dawned bright and cheerful. Perfect for a productive outing. The party comprised 25, including several overseas visitors.
We started off walking towards the Otter Pond, spying all the usual suspects including the Spotted Eagle-Owls outside the conservatory. The Lemon Doves in the Enchanted Forest failed to appear but this was compensated for by very good views of an Olive Woodpecker attacking the bare Erythrina branches off the Boomslang Canopy Walkway. Higher up in the garden we spied Malachite Sunbird, Bar-throated Apalis and Cape Sugarbird, among others.
We had good sightings of a big group of low circling Alpine Swifts and one or two African Olive Pigeons. Up high in the garden we were treated to juvenile African Harrier-Hawk (Gymnogene) and Booted Eagle. Finally, Daryl and one or two others spotted Bronze Mannikins at the pond next to the Botsoc office. We saw 30 species of birds.
As usual the outing ended with some of us enjoying tea, coffee and muffins at the Moyo restaurant.