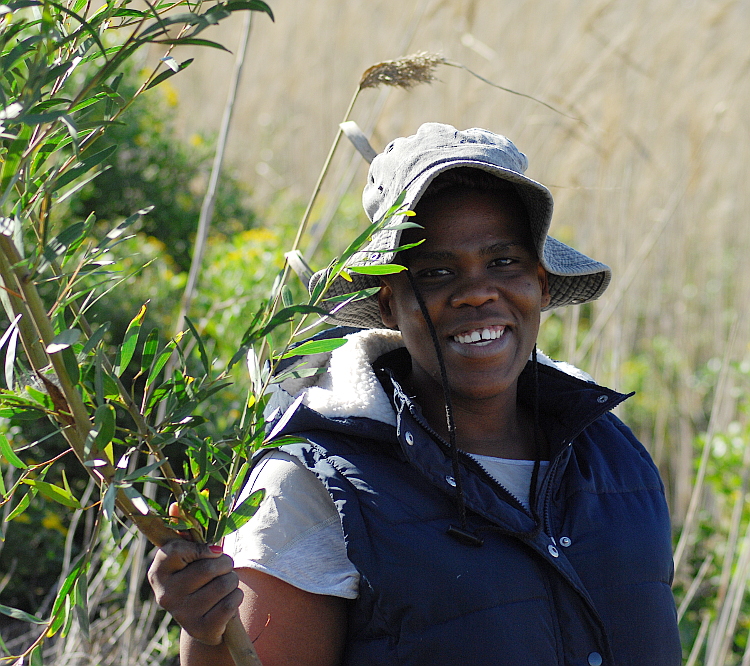 The estuary mouth was open today and the water flow under the railway bridge was 1 metre per 5 seconds, fast and very clear. It was probably low tide later in the afternoon with vast silt flats exposed and dry nearer the estuary mouth. The afternoon was sunny and clear with a NW breeze, eventually with a few clouds forming around the highest peaks of the Table Mountain range.

We had a new visitor today, a teacher Khanyisane Falake from the Claremont High School, Bird Club. She has not been to Zandvlei before so had lots to see and learn about.
Barry, Sue, Khanyisane and myself carried on working the port jackson, rooikrans and brazilian pepper shrubs and seedlings. We noted the the vichia has started to grow again in the area we worked last year. We need many hands to pull this plant species out. It is a soft stemmed and leaf plant so not difficult for young children to older citizens to do. One can sit on the ground and pull the plants out. Bert chopped down some more of the manatoka trees in the area he is working.

The dune mole rats and the small surface moles are very active now as the ground water has risen in the last month after good rains. There were midges in small groups in the low vegetation. We noted a Dotted border butterfly moving around the low areas, they are usually up at higher altitudes on the mountain side. No flies or dragonflies were seen. Visually there were not many birds seen in the air above the water bodies. We found a small (R5 coin) Western Leopard Toad (one of last years succesful breeding) dispersing across the area were were working. Also seen were some very bright orange Cinnabar Polypore (Pycnoporus cinnabarinus) fungus on previously burnt tree stems. They are fairly common at this time.
There were 26 species of birds seen this afternoon. The highlight were the small flock of Greater Flamingo, and seeing the patrolling African Marsh Harrier. A Masked Weaver has started his nest making.

Thank you to “the core group” of dedicated hackers. 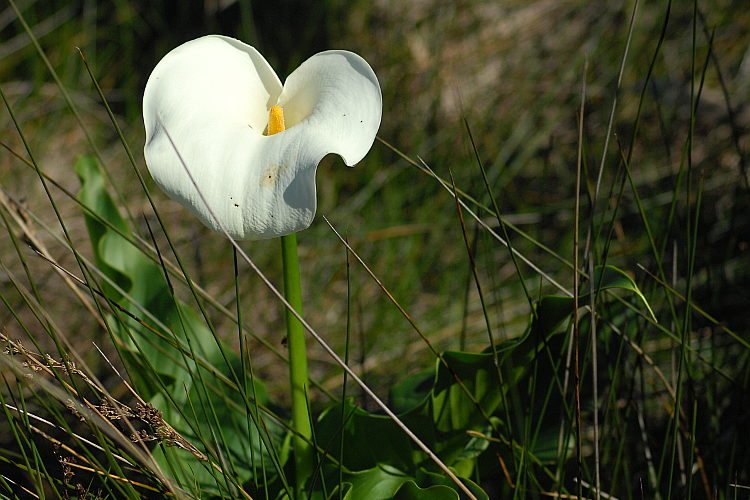 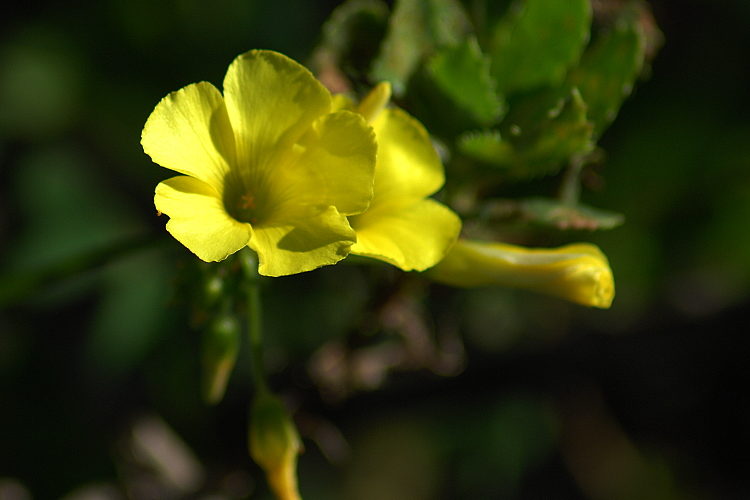 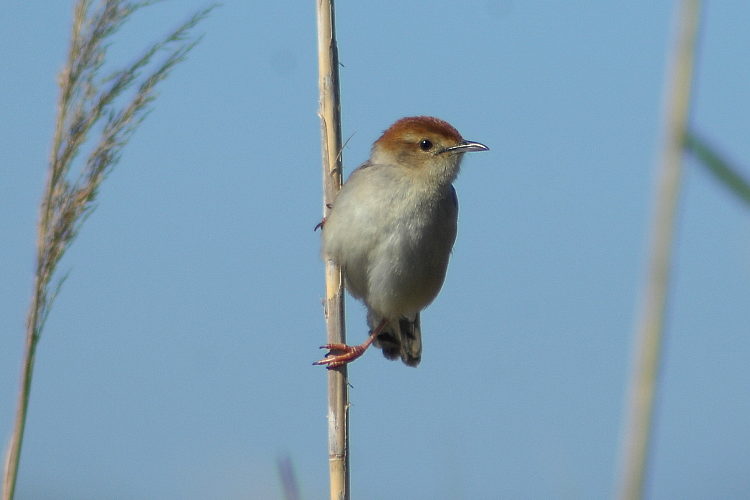 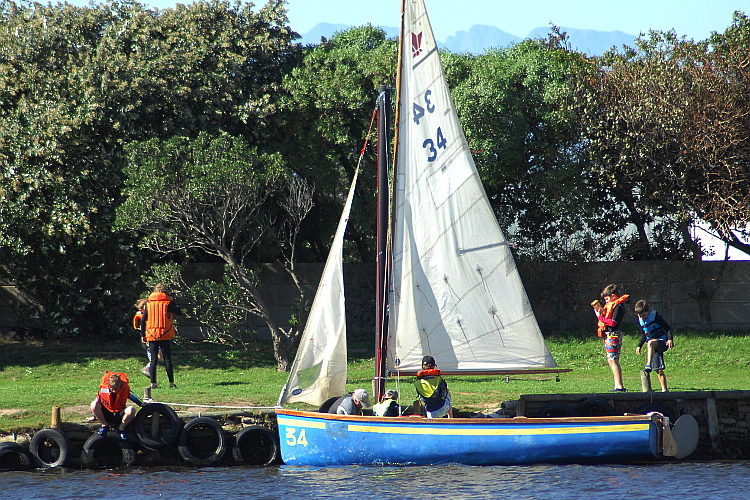 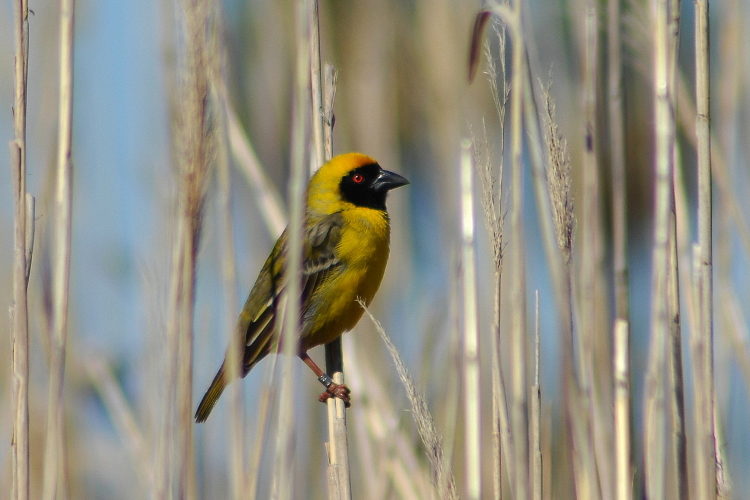 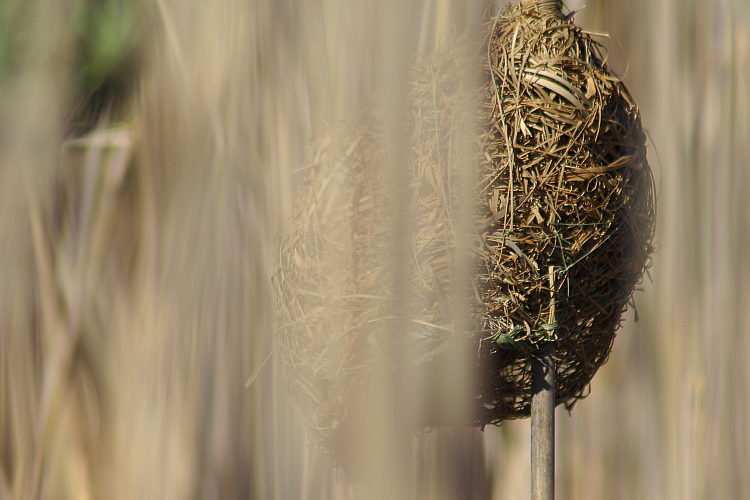 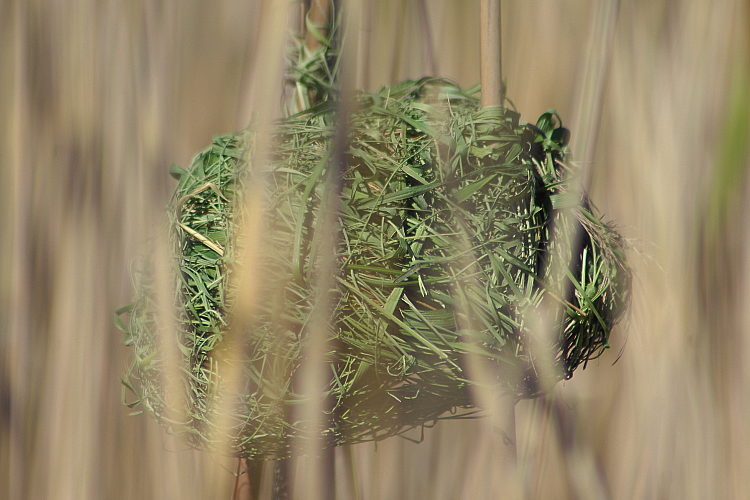 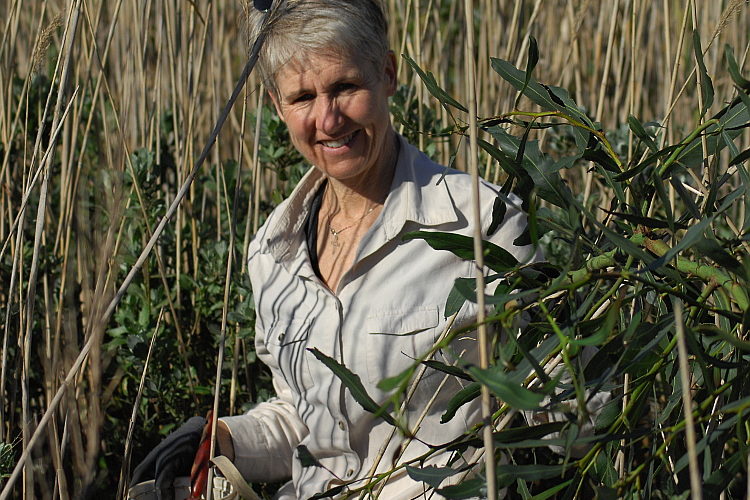 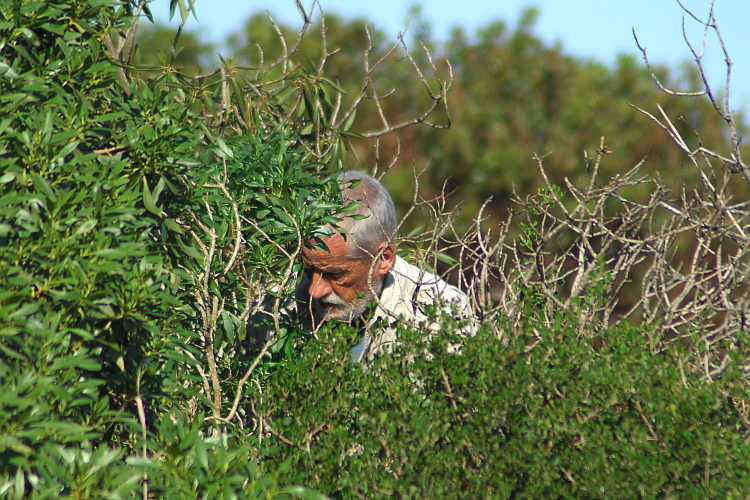 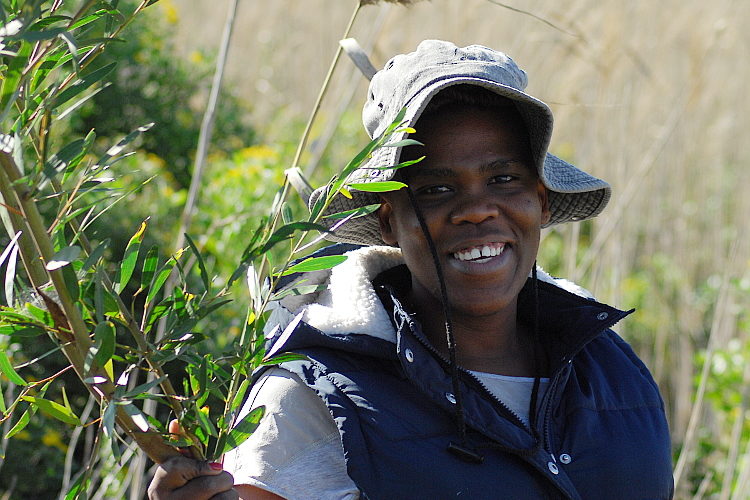 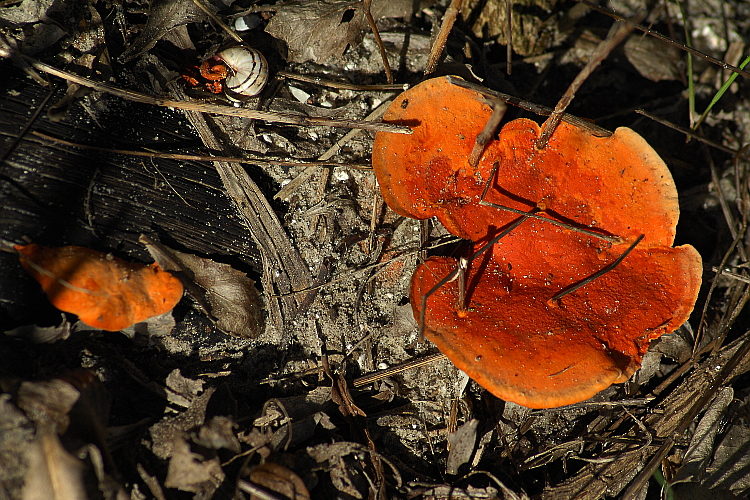 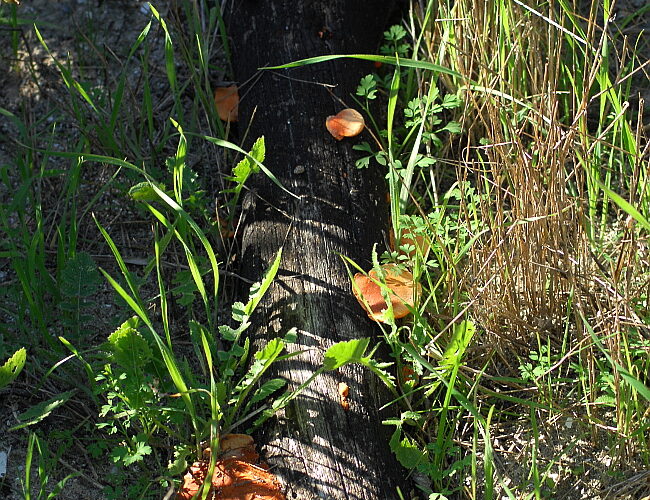 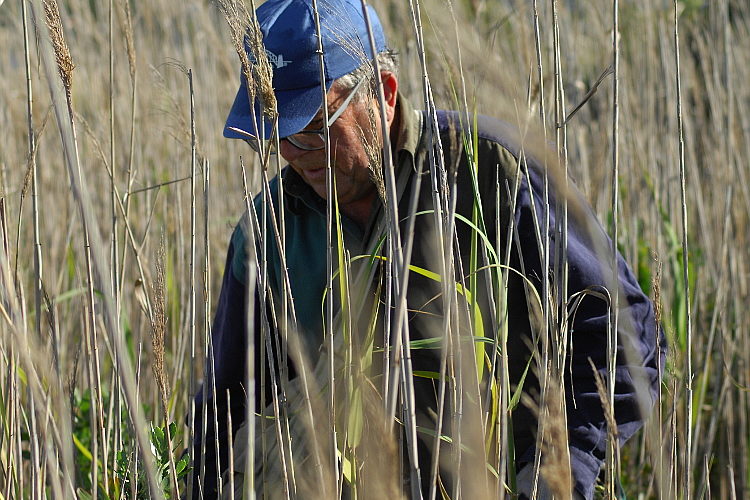 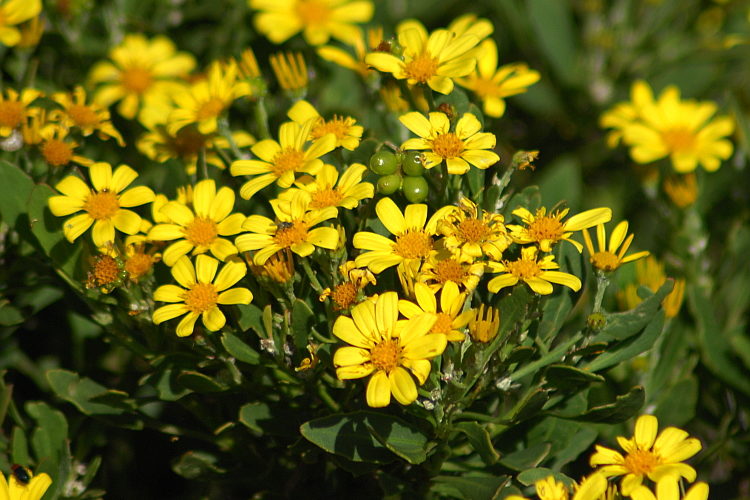 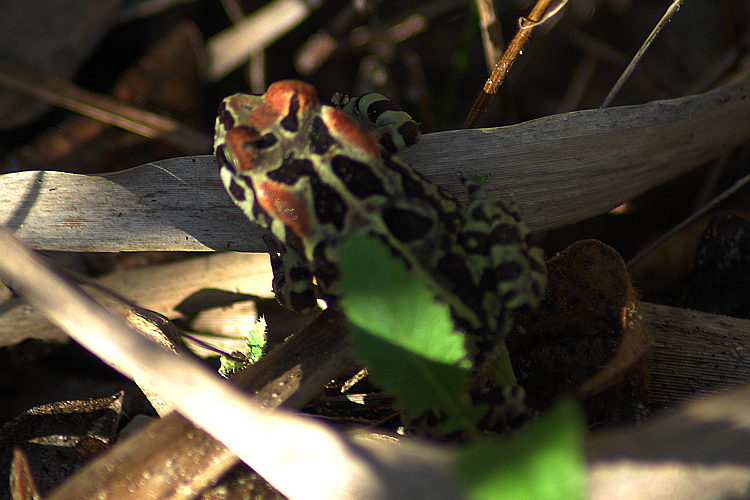 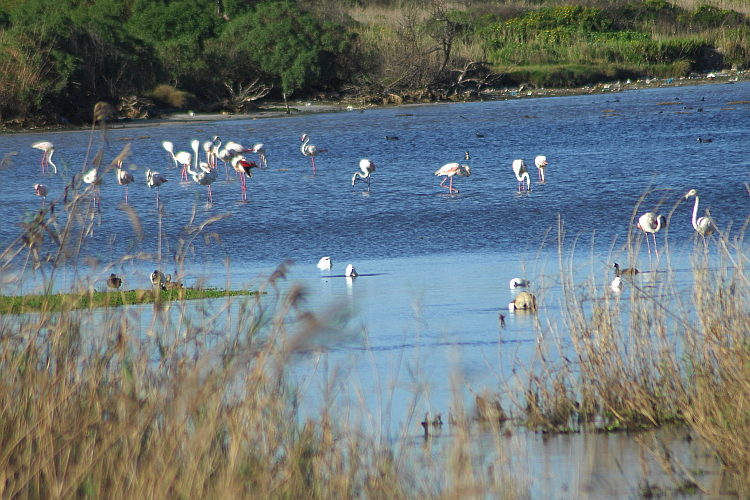 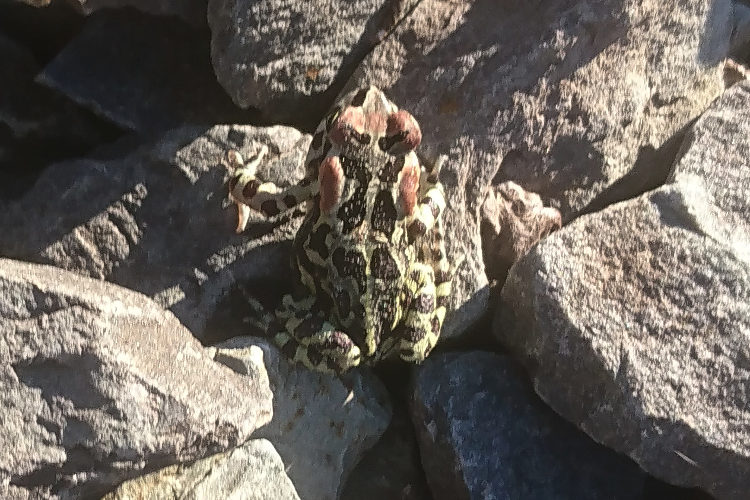