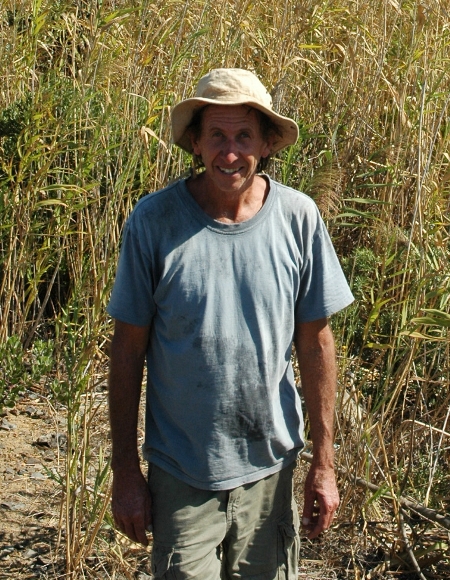 It is with sadness that we learnt on 27/10/2015 that our hacking buddy Trevor Dean (photo above) died at the end of August 2015.
On behalf of the Hacking Team our condolences go to his parents, family and friends.

Thank you for what you did, and we will miss you.

There was a very high complete cloud cover today with a slight gusting breeze from the SE. We spent the afternoon in Block 26 continuing with the very large stand of lantana tangled in the reeds. The tops are starting to flower so we are getting it in time so this lot does not set seed. Bert continued work in Block 27 on the Brazilian Peppers.

30 bird species were noted for the section of the MyBirdPatch. There 10 Flamingos on the shore of Wildwood Island. The water level was about medium depth as the estuary mouth was closed and water was still flowing under the railway bridge at 1 metre per 10 seconds. We saw a pair of carp caught by a fisherman at the railway bridge one was golden yellow the other silvery in colour. Barry also noted that the stems of the lanatna had been gnawed in a number of places. We looked around and found some of the older large stems which were healing over the gnawing marks. Some were bark stripped around the stem and the plants were still alive!!
Lantana is rated as one of the top 10 invasive plants on the planet.

Trachyandra flexifolia flowering in a damp area of Promenade Road.
Sherwin a school boy volunteer getting into it, pulling a lanatna stem out of the tangle of reeds with his father Simeon encouraging him.

The reeds are growing back very quickly behind Barry. 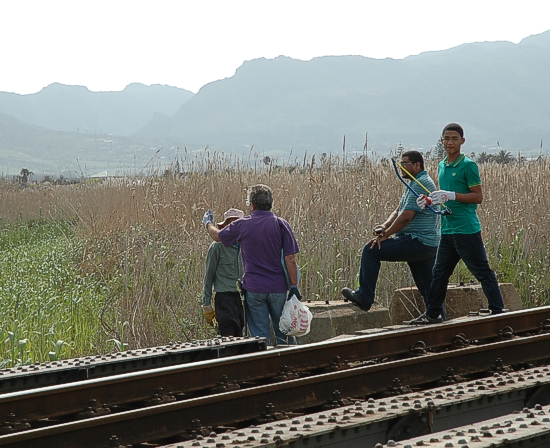 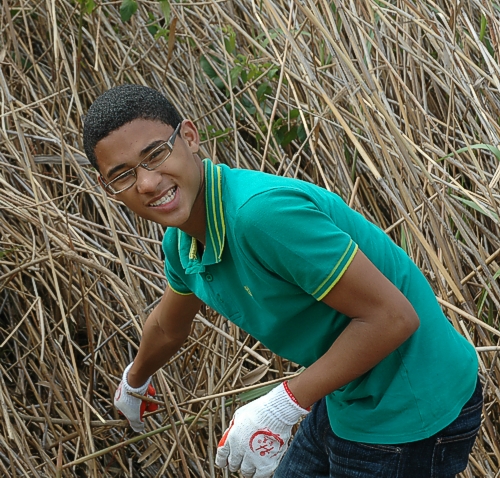 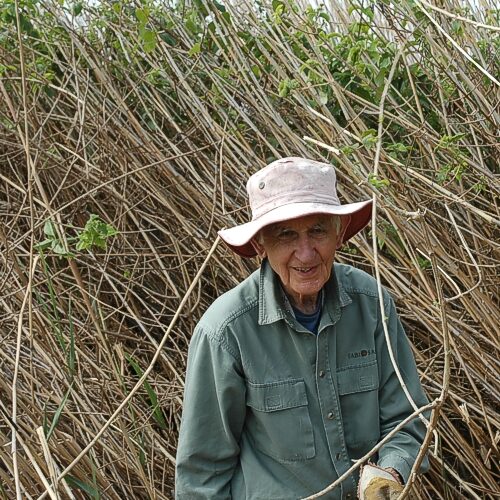 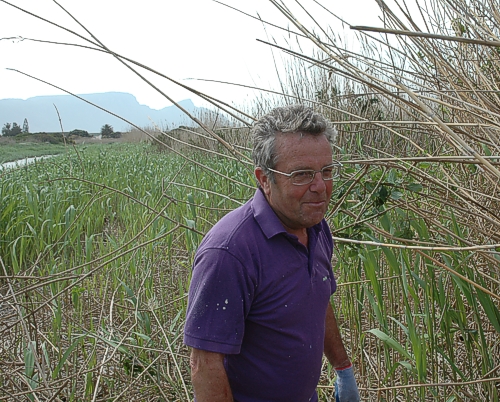 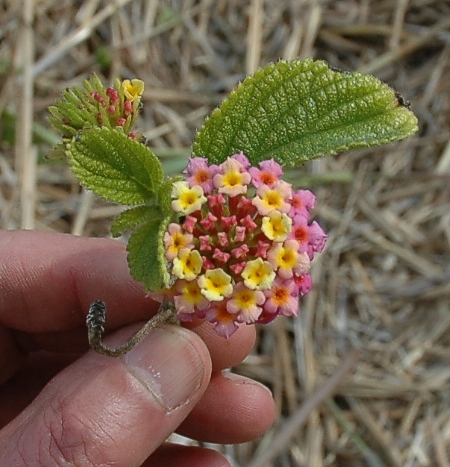 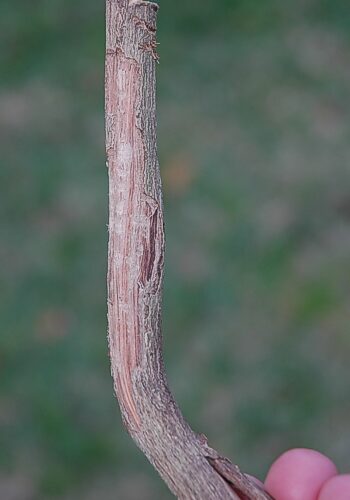 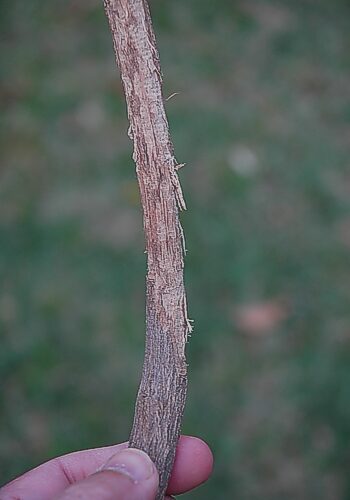 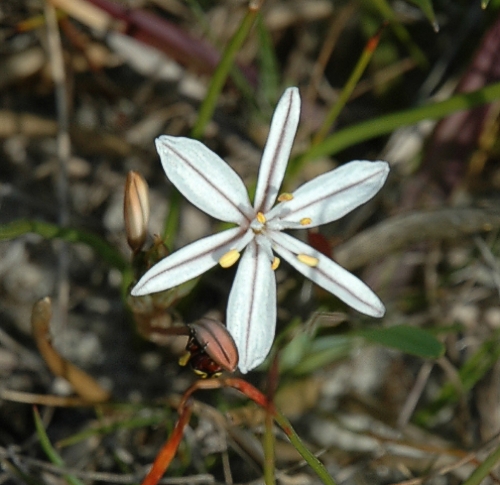 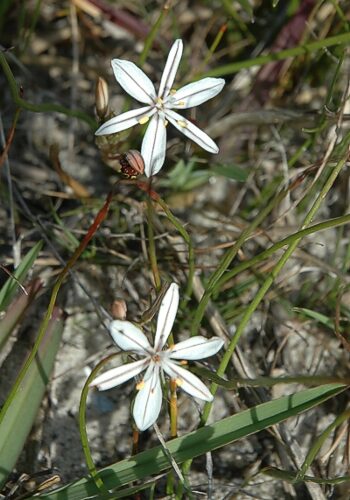 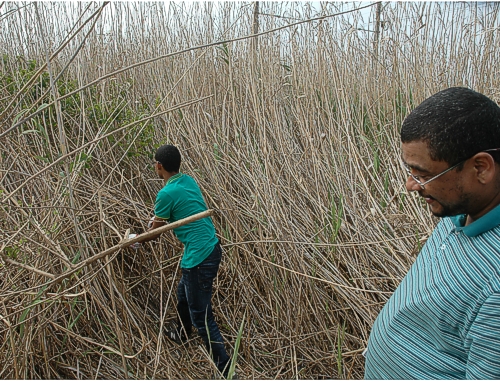 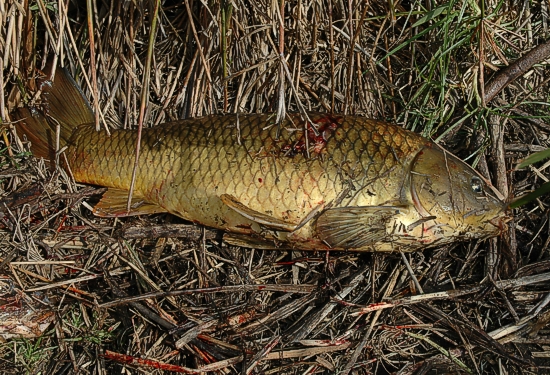 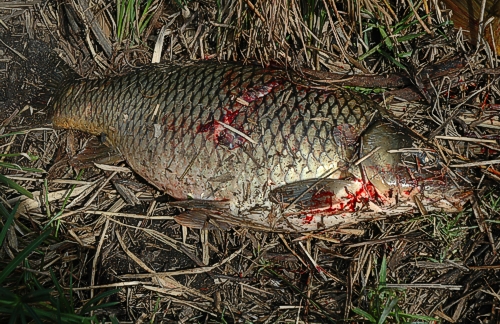