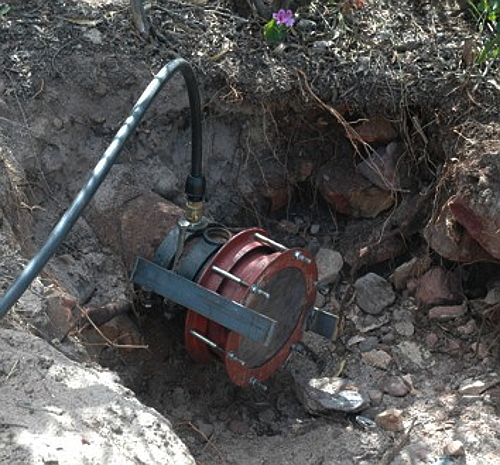 When we arrived at the area to remove last months felled trees from the slope over the stormwater drain, we found the source of the water pipe which burst, and caused Old Boyes Drive to be closed during the week. The water has cut a 1 metre deep trench down to bedrock for about 50 metres down to the road.
The pipe has been sealed. Notice the 2 flowers just above the pipe in the photo which survived, being washed away. A pelegonium.

Part of the wash away. There are boulders and plenty of top soil blocking the stormwater drain next to the road. Further down valuable top soil has been washed into Zandvlei via the stormwater pipes.

Sue at the bottom of the furrow on Old Boyes Drive stacking branches from last months hack. Bert cut down more trees.
We found plenty of empty honey comb spread about in the area we worked last month. Someone was brave enough to rob the bees nest. 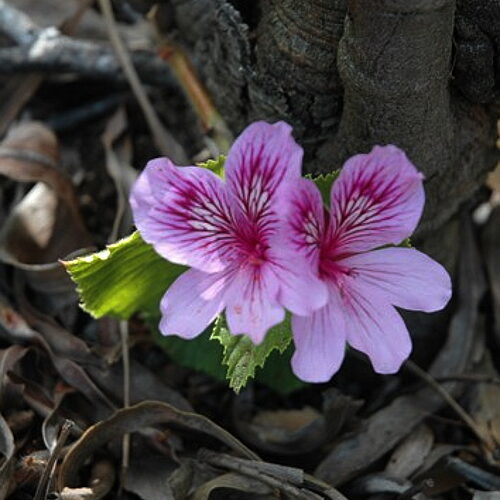 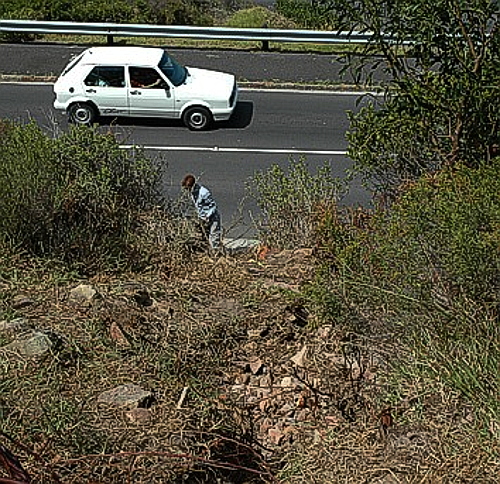 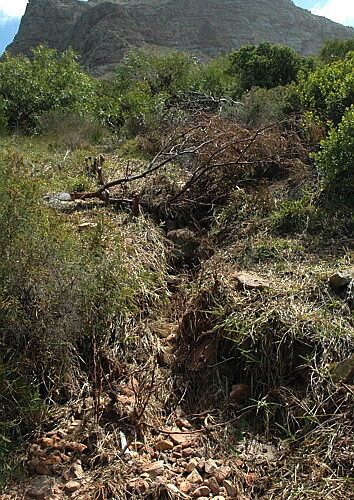 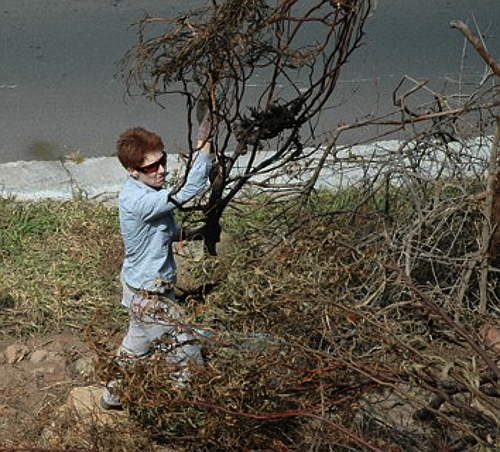 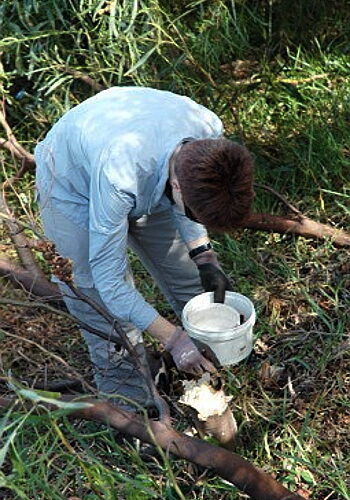 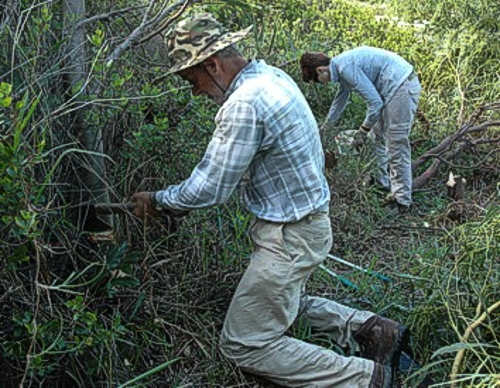 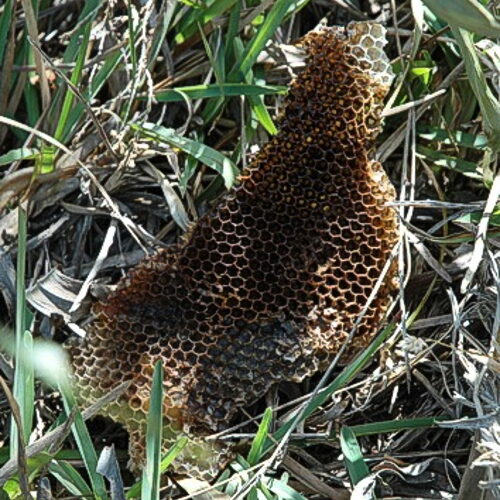