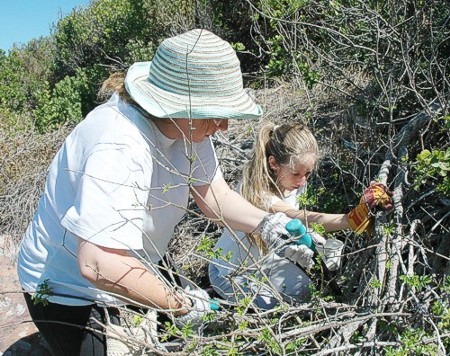 Hot, clear, sunny and windy from SE. I did an inspection of the forest section, it is clear of seedlings, nothing flowering. There is presence of people living in the top section near the first lamp post at the top of Old Boyes Drive. Lots of junk and litter generated by them. The mauve morning glory in the old quarry at the bottom of the road, is flowering and spreading. The black bags have still not been removed and are now almost shredded by the wind. Another bag of prickly pear has been added to the pile.

Today a new hacker Bella Elliott-Bull came with Tanya to see what it is about. Milan, Bowen and Barry apologised for not coming. Barry is riding in the Argus race tomorrow. Fiona and Mary were cutting the Australian Myrtle saplings.
We pulled more Long leaf Acacia, cut down Rooikrans saplings and the missed Australian Myrtle tree saplings. Bert cut a variety of species down around the rim of the quarry. Robin and Sue pulled out long sections of Cape Honey Suckle. Robin was looking for Eriospermum nanum which should be flowering soon. None were seen.

Birds present Cape Bulbul, Cape White Eye, Red eyed Dove, Ferel Pigeon. Hadeda Ibis flying over. There were some Flamingos in the vlei today at the second bend from the mouth.

A large female Golden Orb spider with the small male above. The Mole Snake was sunning itself on a pathway, very possibly the same one seen a couple of months earlier. It was shiny with the tail section a matt colour in contrast. The skin may have been recently sloughed. 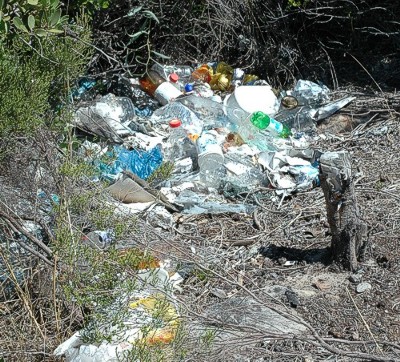 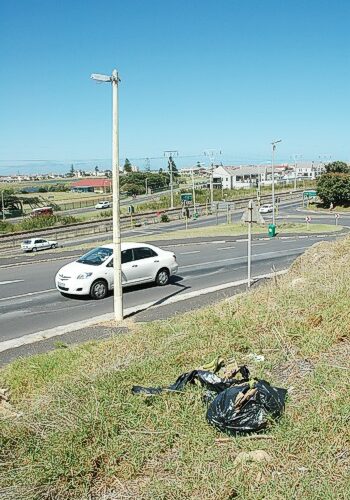 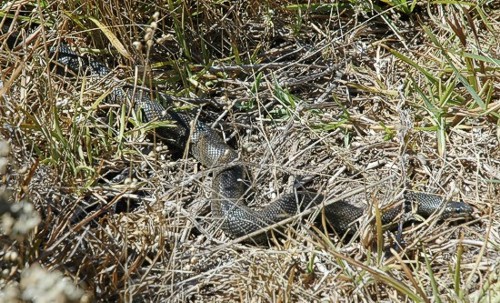 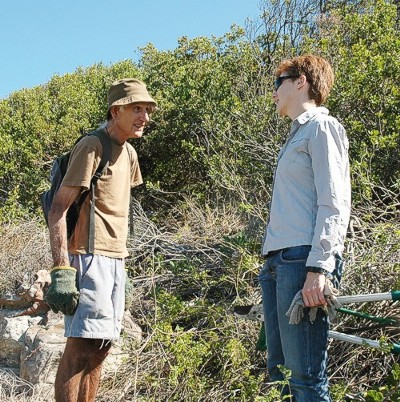 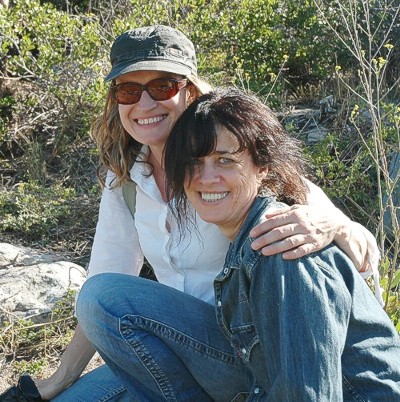 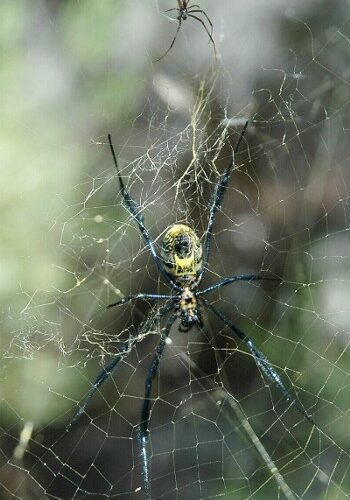