A day of all the seasons, cool rainy in the morning clearing and then threatening to rain again and eventually clearing up completely.
The plan was to cut the Australian myrtle but it had been mostly cut down by the Reserve staff. So we went into the southern boundary area which is like a jungle. We cut branches of gum trees, manatoka trees and hacked pathways through the very dense vegeation of garden escapee plants. Prickly pear, euphorbias, plactranthas, Cape honeysuckle and numerous other species. The slope is very steep where we were working.
Catherine was amazed at the density of the growth in the area. It is like a jungle. This was almost in Milan’s backyard. Sue contemplating the prickly pear …..and not her navel. Milan’s trousers came off second best against the sticks, both trouser legs getting ripped.
Sue and Bowen tackled the young seedlings on the slope above Cap Michel Close.

The last hack for 2011. Thank you and well done to the dedicated participants throughout the year, and may you be back next year to continue the battle. 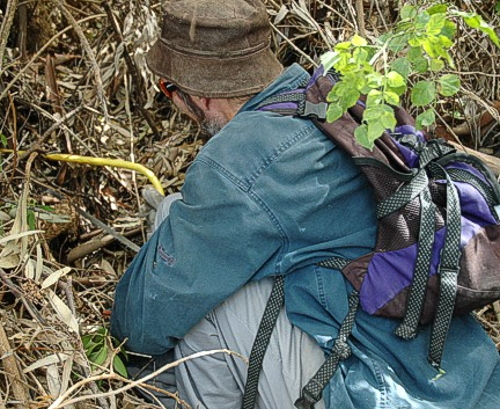 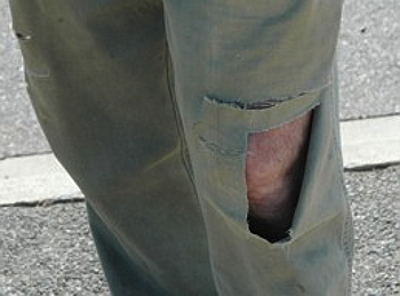 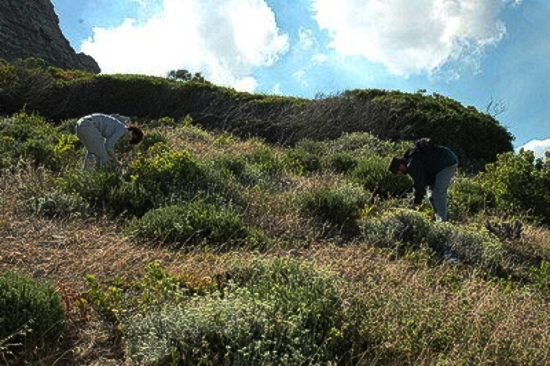