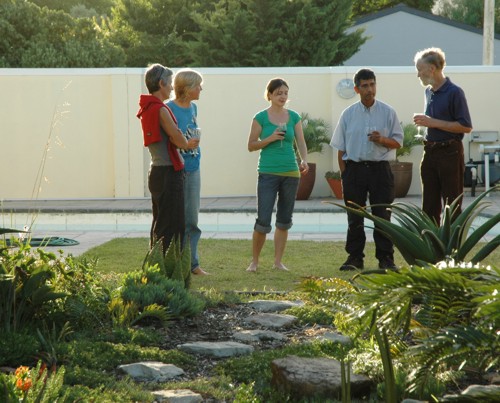 Clifford and Suretha Dorse “volunteered” to have a braai at their home. After some very welcome rain during the day the afternoon had some pleasant sunshine to end off the day. The idea was to have a braai to start off the new year instead of the end of the year hectic thing.

The pond Clifford has created in his garden surrounded by Cape Flats Fynbos plants. How beautiful and natural looking. He told us it has attracted 10 species of dragonfly to date. There was a chorus of Cape River Frogs when it became dark.

Isabella Hayden and Shawn Overmeyer, Felicity Ellmore, Dave and Sue Whitelaw, Frank Wygold, Doug and Samantha Harebottle, Gavin Lawson and Vonnie Morris were there and were given a tour of the garden and pool area. The discussion was about changing the garden to local indigenous plants and getting rid of the remaining grass patches.

A very pleasant evening for all. Thanks to Suretha and Clifford.
It was an early evening as some were off to Kirstenbosch early the next morning, and Cliff was going to sea on a pelagic bird outing. 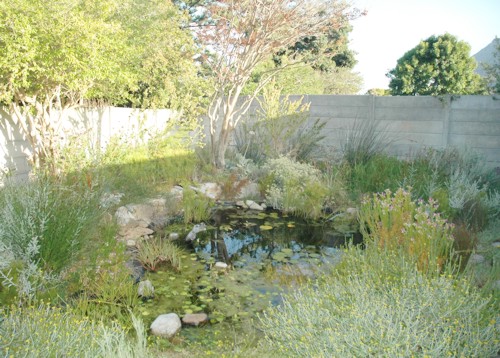 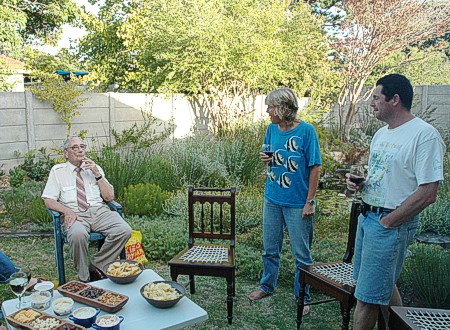 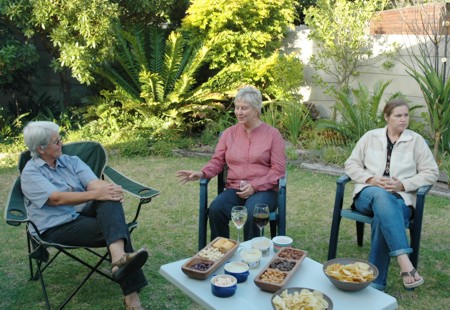 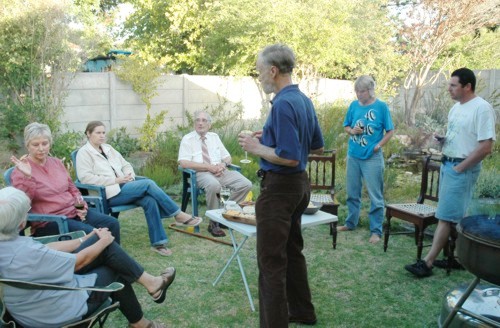 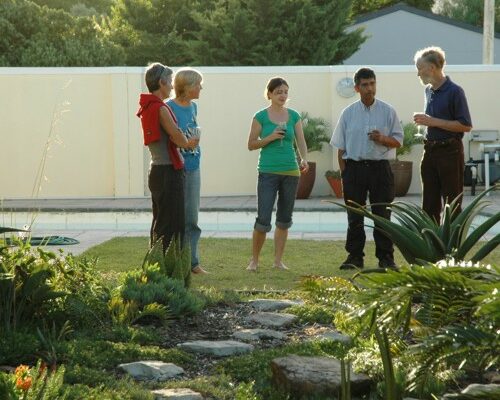 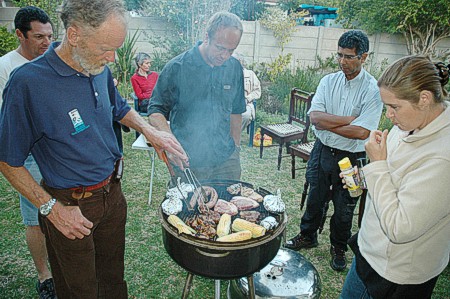 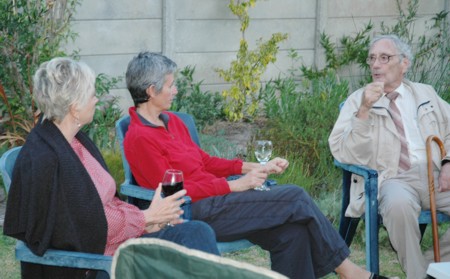 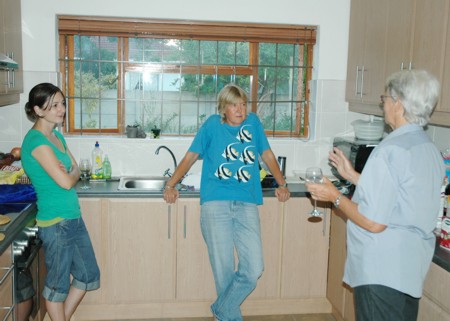 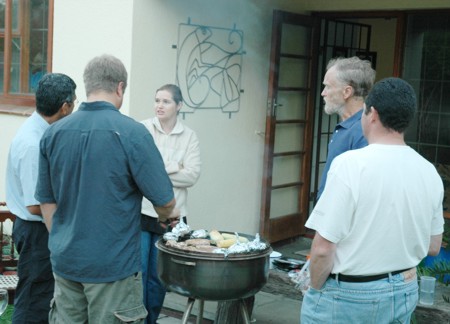