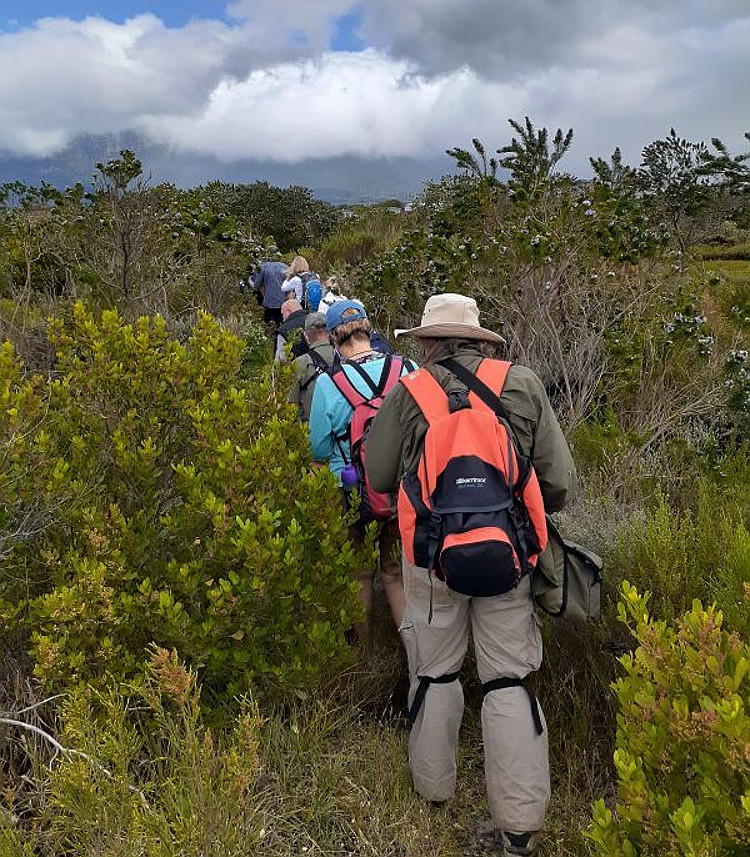 The outing to the Kenilworth Racecourse Conservation Area was attended by about 35-40 members.
A total of 42 species ranging from Waxbills to Buzzards was seen. Water birds were generally poorly represented and this was probably due to water levels being low. I discussed this with Fayruz who suggested we might try and organise the outing earlier in the year. We also saw a number of spectacular flowers.

If you would like to be added to the mailing list to get information of events at the site, please send an email to Fayruz at Conservation1K@KenilworthRacing.com.