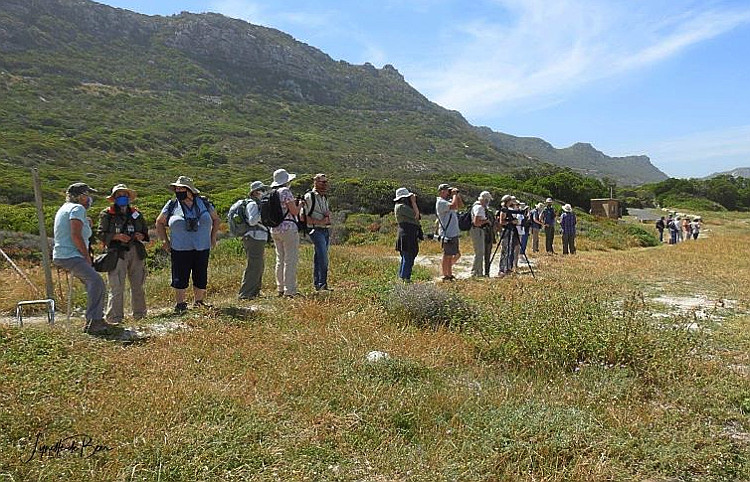 While the rest of the world turned their eyes to the shenanigans of US Elections, 26 of us had a far better plan for 3rd November and spent a fruitful morning birding on the west coast of the Cape Peninsula, just south of the Slangkop Lighthouse at Kommetjie, at the Soetwater Enviro Centre – a new venue in terms of Cape Bird Club outings. The terrain we covered on our outing was flat and offered good opportunities for coastal vegetation bush birding, as well as some shoreline birding.
We started at the Environmental Education Centre which caters for learners of all ages who come here for hands-on environmental education in an amazing “outdoor classroom” under the enthusiastic guidance of Lappies Labuschagne who is passionate about sharing his local wildlife knowledge with all who visit the Centre. While we were gathering on arrival, a swift fly-by offered a lucky few a glimpse of a Peregrine Falcon on the hunt, and this bird was spotted again a bit later during our walk.

Our first stop was along the rocky shoreline, where we put a scope on some of the terns roosting among the rocks. Here the majority were Common Terns, with a couple of Greater Crested and Sandwich Terns in the mix. In addition we also spotted most of the “usual suspects” in terms of Cormorants and Gulls. A couple of Whimbrels whistled off into the distance, while some African Black Oystercatchers sat on the rocks, their bright red bills tucked under their wings, while they watched us with red-rimmed eyes. After moving along to the larger group of terns roosting on the rocks near the tidal pool, we recorded a number of the other birds commonly found along the shore, like Sacred Ibis, Blacksmith Lapwing, Cape Wagtail, Egyptian Goose and Little Egret. We then proceeded along the road northwards towards the lighthouse, for some bush birding.

Typically, there was much Bulbul action (Daryl de Beer’s ABB birds), and sightings of most of the other familiar species such as Southern Double-collared Sunbird, Cape Robin-Chat, Cape White-eye, Speckled Pigeon, Red-winged Starling, and Common Starling, to name but a few. A Fork-tailed Drongo provided a degree of excitement, being the first time this bird had been spotted in the Reserve.

Further along, in the vicinity of the Lighthouse, we caught a glimpse of a Malachite Sunbird, while a Bokmakierie teased us with calls and some brief sightings as it went about its business dipping from bush to bush. Returning to the shore we put the scope on another large group of roosting terns, where the majority were identified as the larger Greater Crested Terns.

A refreshment break was enjoyed in the shade of some lovely old Milkwood trees, while Lappies gave us some background on the history of Soetwater, both ancient and recent, and the importance of this little reserve and the valuable role being played in protecting the flora and fauna of this special stretch of coastline that fortunately has escaped the impact of property developers.

Our walk back to the cars took us closer along the shoreline, where the local Spotted Thick-knees scuttled along while the Blacksmith Lapwings vociferously tried to distract us from above. A pair of Glossy Ibis among the ubiquitous Sacred Ibis and unusually quiet Hadedas were a bit of a surprise, and spotting some Southern Grey-headed Sparrows splashing in some sprinkler water on the lawn was another less common sighting for the day.

We ended our visit to Soetwater in the little bird rehabilitation centre that houses a number of birds that cannot be released in the wild due to various factors such as the effect of serious injuries or being imprinted on people.

We felt well satisfied with a final tally of 48 different species for the day, after briefly checking a more sandy beach on our way out of the reserve, where we spotted a pair of White-fronted Plovers. Soetwater was a new birding venue for most of the group, and there have been several requests for a repeat visit to this little known gem along the Peninsula coastline. 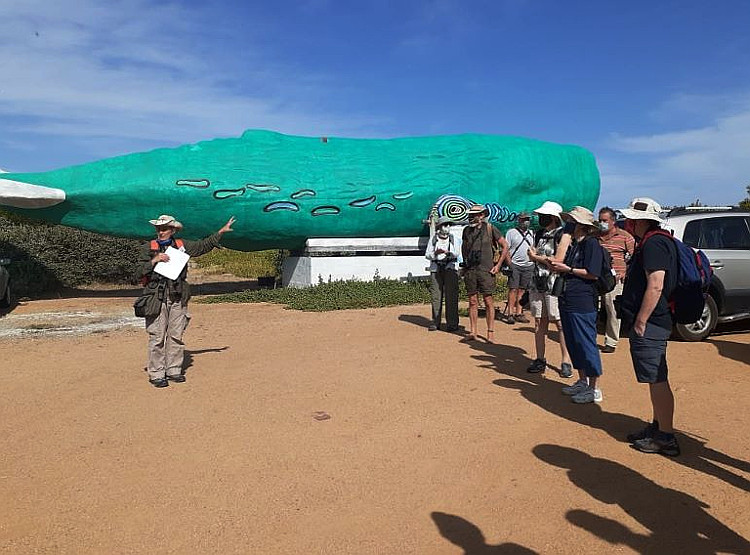 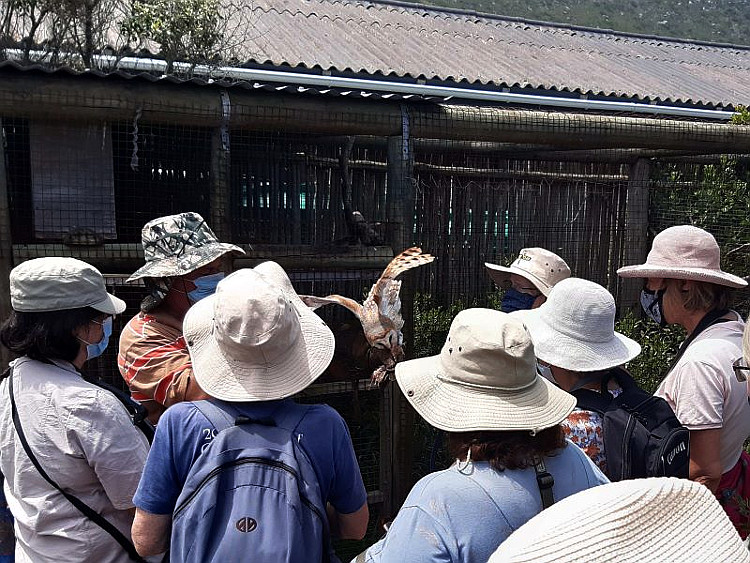 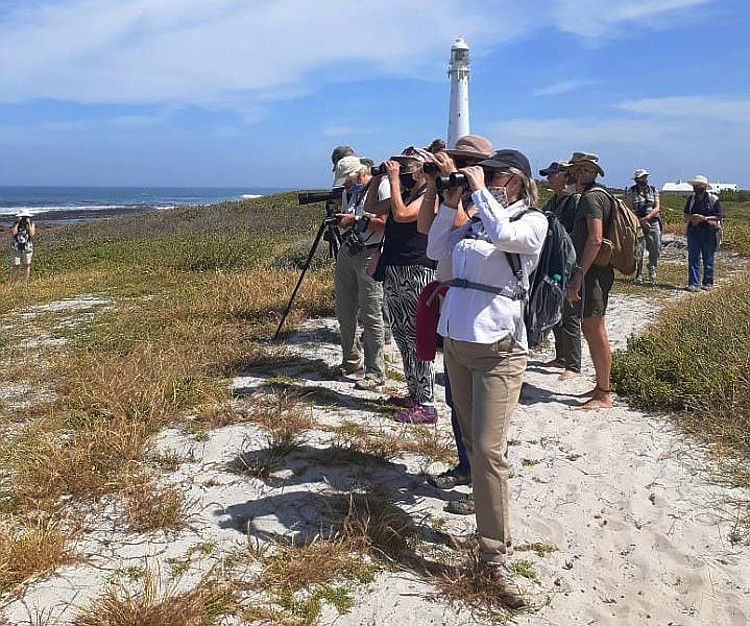 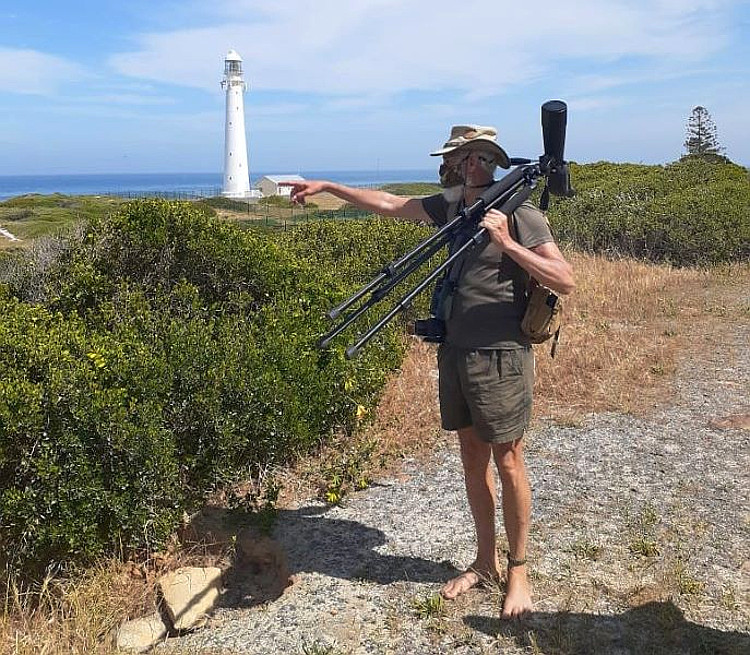 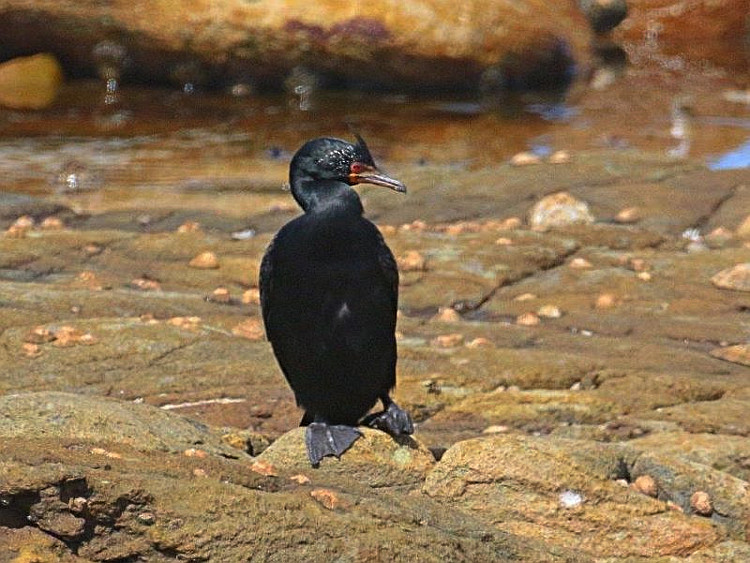 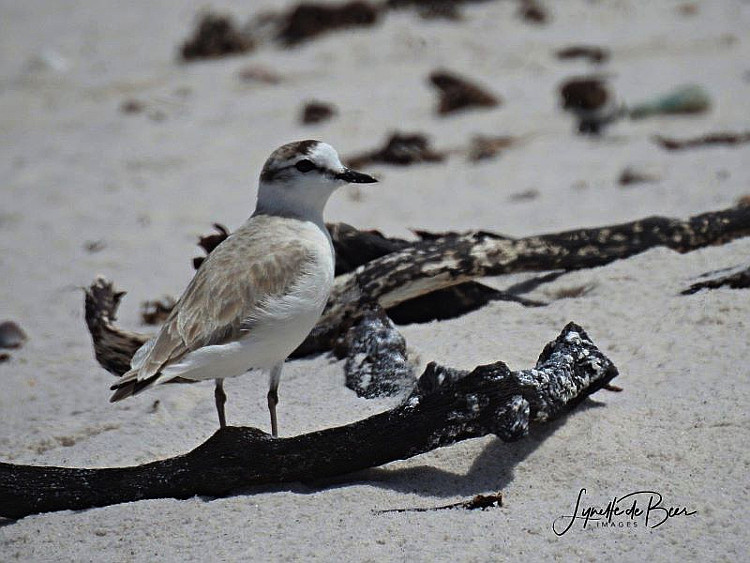 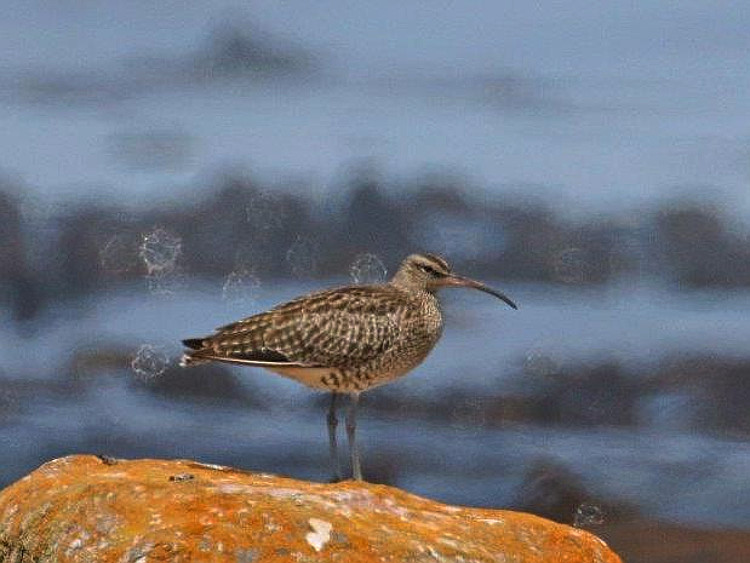 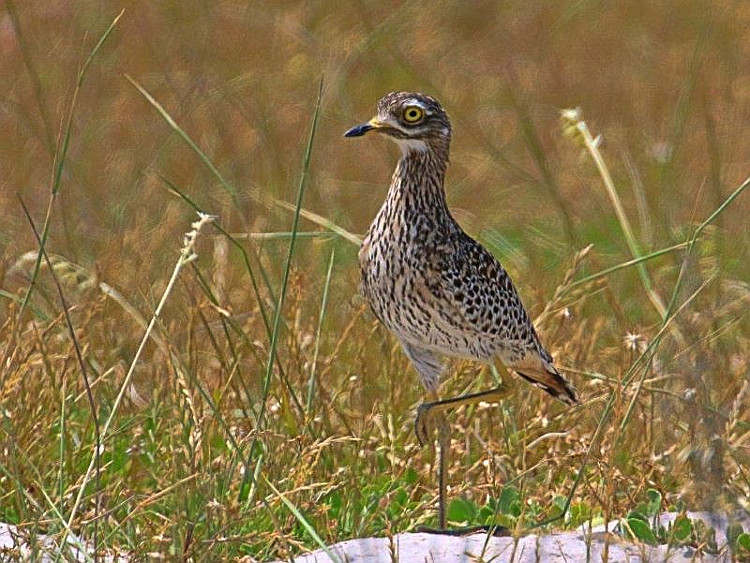 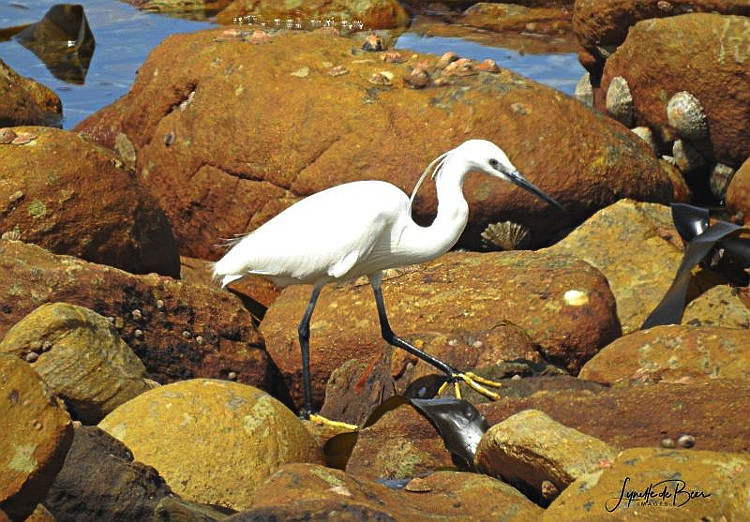 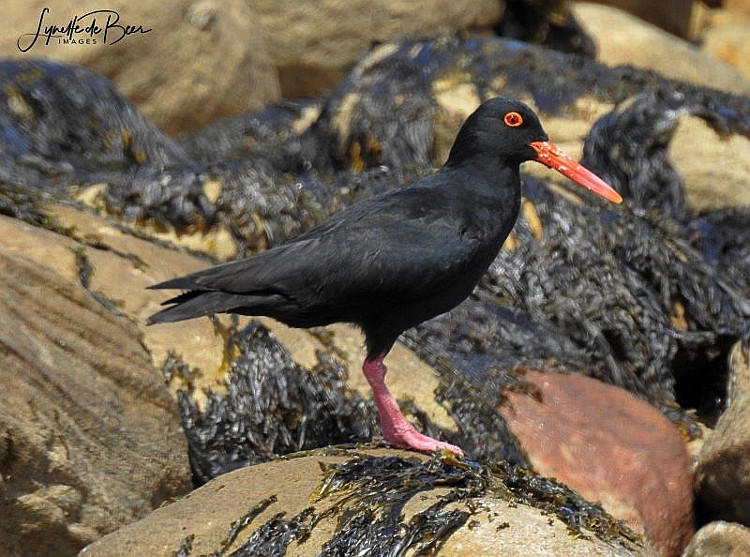 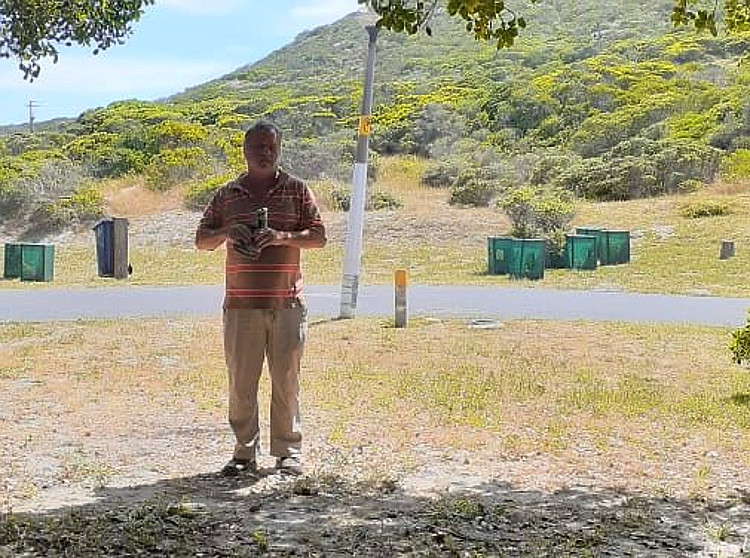 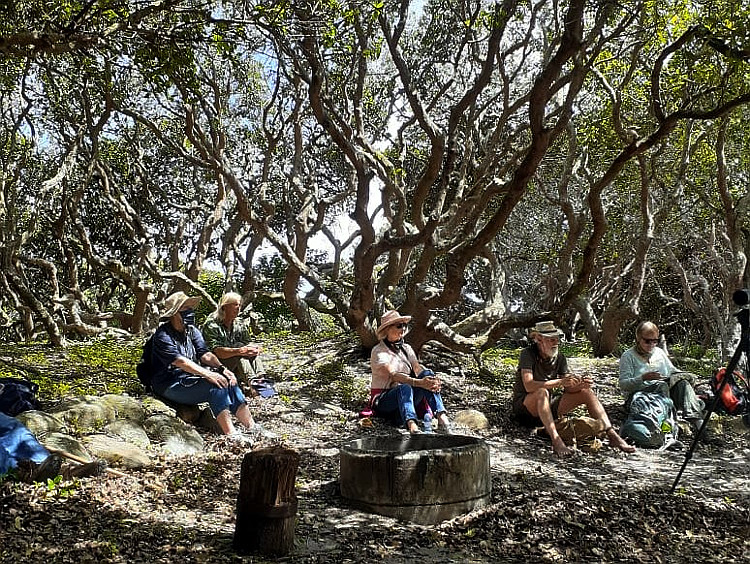