Monthly bird counts take place, on the last Saturday morning in the month.
Anyone interested in helping can contact Gilbert Reinhardt at 079 130 7876 for details of starting time and meeting place. 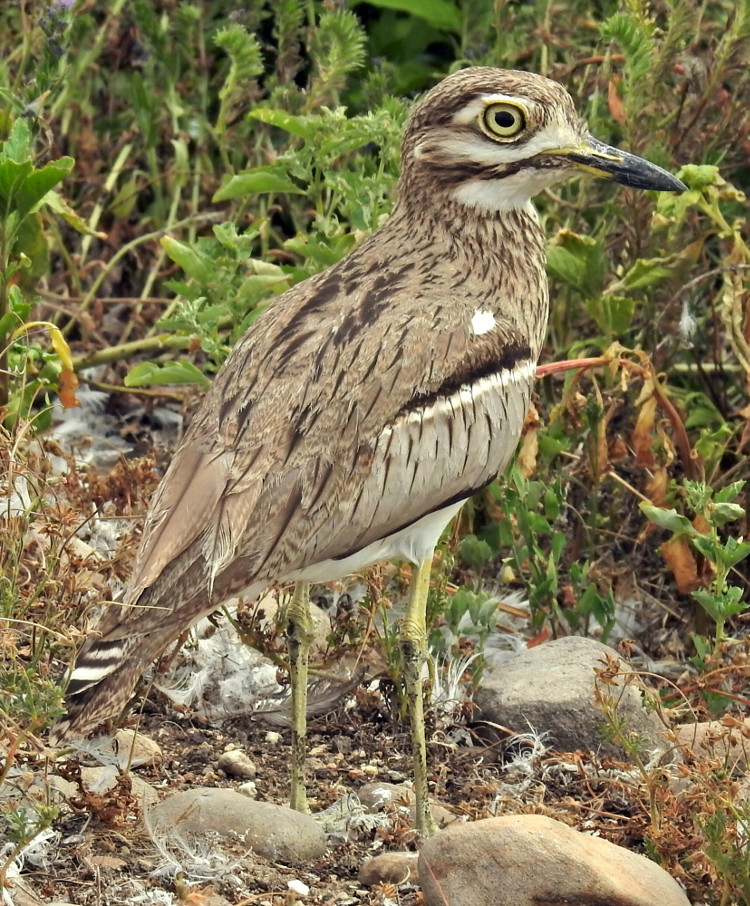 No count took place on  27 November, it was postponed to the 04 December 2021.  In John’s photos there are many Flamingo present. Also special he mentions were the Spoonbills.

At the Paarl count on 30 Oct 2021 there were more than 30 Avocets on pan E3. It has been a long time since they were there, possibly years. The attached photos show some of them, including the blue legs. I did not know previously about the leg colour.

Another interesting incident was that a juvenile Greater Flamingo was entangled in fishing line near crake corner in pan C. It was freed by Drakenstein staff, who used a rowing boat to reach it. Thankfully it flew after being freed. Gilbert Reinhardt took the photo of the Flamingo.

The most notable bird at the Paarl Bird Sanctuary CWAC on Saturday 26 June 2021, was a Mallard drake.

At first he was on pan E2, where he was particularly interested in escorting Yellow-billed Ducks.

Juri & Geoffrey: for your info, Mallards are not indigenous and can mate with our indigenous ducks to produce hybrids. The policy is to eradicate them to prevent this cross breeding, but this is not always a simple matter. In the photos the Mallard drake has a green head. We thank you for enabling the count to take place, including organising security cover and extending the time available to us. And for work you have done to improve visibility by cutting vegetation on the verges of pans, in some places.

The white eye of the Grey headed Gulls is very clear to see. The Kittlitz’s Plover male is in breeding plumage.  The tight group photo is the Little Egret, Cattle Egret and African Spoonbill.

Due to the Covid level 3 lockdown we were restricted to the area inside the security fence. From the Yvonne Weiss viewing platform, using scopes and binoculars, we were able to cover about 40% of the total area, and a resultant list submitted to SABAP2 records 41 species.

January 30 is late in summer for birds to breed, but on the berm between pans E2 & E3 a nest of Water Dikkops, and another of Three–banded Plovers, were detected and photographed. Both nests contained eggs.

Another highlight was a juvenile Malachite Kingfisher that was fishing from a small pool below the viewing platform.

The pans that we were able to see have dried out almost completely because no water is running into the pans. Instead all the water is going directly back to the Berg River via the modernised system that does not use pans.

We hereby appeal urgently to the WWTW Management to keep some water draining through the pans. If there is no water in the pans Paarl Bird Sanctuary will cease to exist.

photographs and reports by John Fincham.