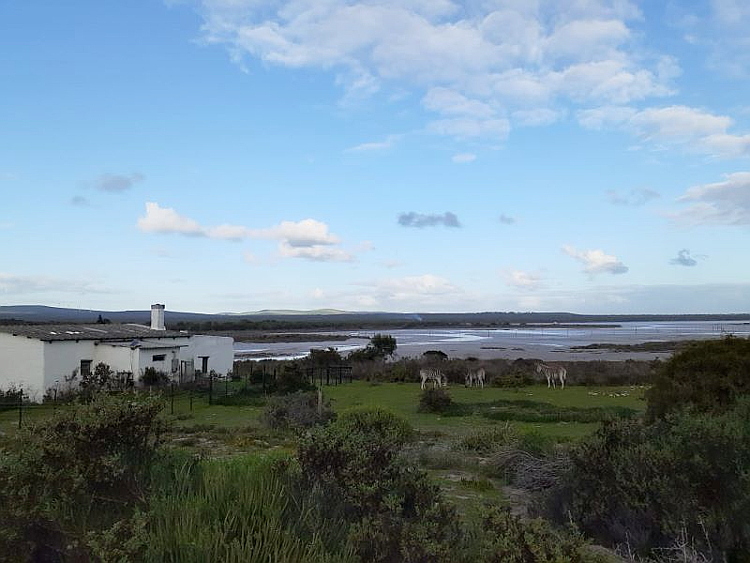 A while ago we received a request to compile a bird list at Blombosch Farm near Yzerfontein. The property is owned by the Buffalodrift Leisure Group. You might have seen their sign and gate on the right hand side of the road on the way to the West Coast National Park but that is a separate establishment. Blombosch Farm has 4 cottages and a larger accommodation place called Hide-away Lodge (a very suitable venue for a future camp).

Priscilla, Linda, Penny and I decided on a convenient date in June, but as the time approached the weather forecast was not at all good so opted to postpone our visit to 27th, 28th and 29th July. One might wonder why choose the middle of winter but there are good days when the sun shines and the wind is not so strong.

On the appointed Tuesday we left Cape Town for the short journey to Yzerfontein in a typical winter drizzle, but the forecast for the Wednesday, when most of the birding would be done, promised to be a good day.

We arrived at the gate a little before noon, which was too early for the 2pm check in time so went to look for coffee in Yzerfontein, a mere 10 minutes or so down the road. The sun was shining but there was a chill in the air. Not much was stirring in the town but we did manage to find a place that served coffee and had tables and benches outside in the fresh air.

Eventually we arrived at our destination – a two bedroomed cottage with a lounge / kitchen and covered veranda with a view over the strandveld towards the R27 and hills beyond. The property is far enough away from the road to not hear the traffic. After settling in and a quick lunch it was time to explore the surrounds.

We decided to walk to the lagoon, which just comes into the property up-stream from the Gypsum works. The marshy area supported waterfowl such as Cape Teal, Egyptian Goose, Cape Shoveler and Yellow-billed Ducks as well as Black-winged Stilts, Kittlitz’s Plovers, Blacksmith Lapwing and Cape Wagtail. In the surrounding bush we saw Chestnut-vented Warbler, Cape Spurfowl, Karoo Scrub-robin, Fiscal Flycatcher and Southern Double-collared Sunbird. A pair of Spotted Thick-knees flew ahead of us but soon decided that we were not much of a threat to them. After a pleasant hour enjoying the silence, apart from bird song, it was time to make our way back to the cottage and prepare for supper.

The farm manager, Herman, passed by to make sure that all was well and told us about a pair of Rock Kestrels that had nested in the barn close by. As if they had heard him they flew past and sat in the gum tree outside the cottage. He also told us of the Spotted Eagle Owl that he sees in the evenings but that bird was not as accommodating as we neither saw nor heard it in the time that we were there. We did get good views of a Black Harrier on both evenings though. The bird list totalled 31 species for the afternoon.
General View of the Lagoon with Jagter’s Cottage

At about 20h30 the rain started and I for one was very apprehensive of our chances for clear weather the next day. I need not have been. Before sunrise a Fiery-necked Nightjar called somewhere between our cottage and the road and as the day started to become light Bokmakieries, Cape White-eyes and Cape Weavers started their dawn chorus. Breakfast is not nearly as important as birding and as soon as a cup of coffee and a rusk was under the belt we were off up the road to explore our surroundings.

The northern boundary of the property shares a fence with the West Coast National Park and we ambled up the hill in that direction. Our plan was to walk along the 4 X 4 trail. The air was very cold but as there was no wind it was not so unpleasant and when the sun shone through the clearing sky the day ahead promised to be good. In the afternoon we took the car along the road past Hide-away Lodge. We added a further 20 species to our list including Fork-tailed Drongo, White-backed Mousebird, Bar-throated Apalis, Cape Grassbird, Black-winged Kite, Crowned Lapwing, Southern Black Korhaan, Grey-winged Francolin and Greater Flamingo. Before supper we walked over the hills behind the cottage in an attempt to find the small salt pan but in the end decided to turn back as the sun was close to setting and we did not have a torch between us. In the evening, whilst enjoying a braai at the cottage, we heard a Barn Owl screech nearby.

Thursday was cloudy and it did not take long before a light drizzle started. Nothing daunted we set off in the car over the hill but decided that we did not want to risk getting stuck in the sand and in any event it looked like the rain was setting in for the day. So returning to the cottage to pack up added the final two birds to our list (a Kelp Gull and a Hartlaub’s Gull!) making the grand total of 53. Not bad for the middle of winter and not having reached the salt pan.

I thoroughly enjoyed our visit as the solitude with just the bird song was very restful. A visit in the summer is definitely required.