On Thursday 11 December 2008 over 100 members attended the final event of the Club’s Diamond Anniversary Year Celebrations – the Wrap-Up Party.

Members were welcomed with a glass of Diamond Anniversary bubbly, socially mingling and greeting familiar friends and new faces. It was wonderful to see so many visitors from other local and regional clubs attending, even from KZN and Gauteng.

Otto Schmidt took us through a photo review of the all year’s special events… the celebrations, the courses, the trips and camps both local and international, the outings, the BBD competition, the fund raising raffle, not forgetting R50 000 being raised for the Albatross Task Force, what a jam-packed, unprecedented birding year!
This was followed by the eagerly anticipated annual quiz. This year a bumper one, run by Mel Tripp and Vernon Head with 3 fantastic prizes donated by Africa Geographic.

Peter Steyn took top spot with 19 out of 20 correct answers, he then deferred the first prize to next in line, a tie between Margaret MacIver and Felicity Ellmore who both had 17 out of 20… two tie break questions later Felicity was declared the winner, Margaret second… then a tie breaker for third was won by Heather Howell.
The Diamond Bumper question open to all – “What is the total number of species on the new Western Cape Bird List”?, was won by Dennis Randall who got nearest at 495 with Sandy Schmidt a close second. The prize was a case of Diamond Bubbly.

Following this, the now traditional “dinner” of gourmet pizzas and drinks was served in the foyer whilst Mel, assisted by Helen Barham, a visitor and member of Wits Bird Club rolled out the Lucky Draw with book prizes donated by Struik Publishers and Mike Orms.
All-in-all a fine way to end what was certainly a memorable 60th year for the Cape Bird Club. 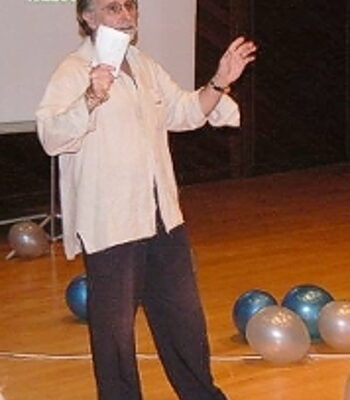 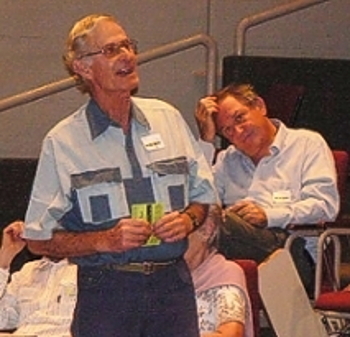 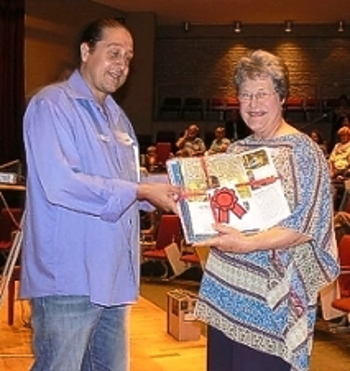 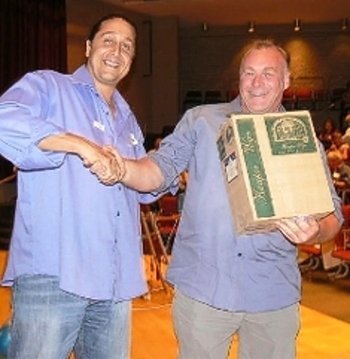 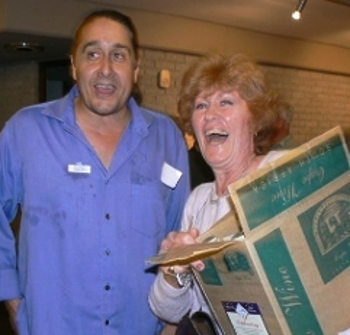