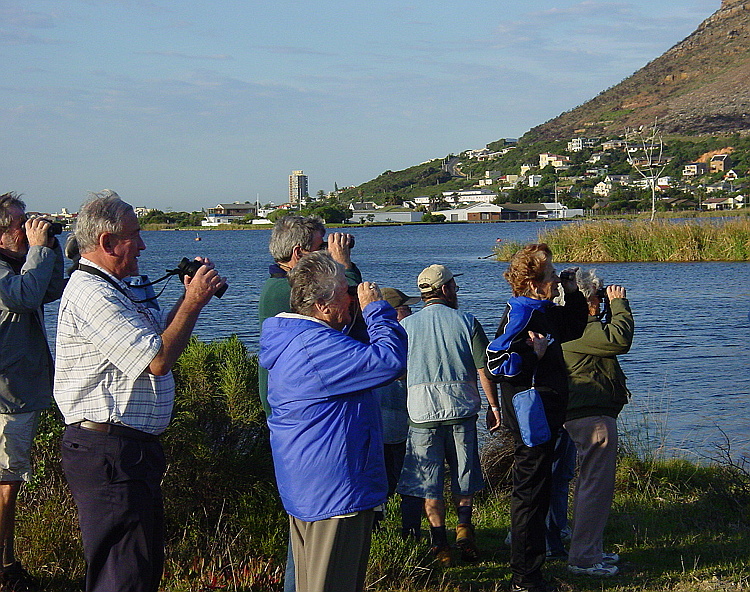 John Carter the Chairman of the Somerset West Bird Club, requested that I lead a small group of the club members around the upper area of the Zandvlei Nature Reserve on Sunday 21 May 2005.
It was a clear and sunny with a SE wind blowing for the 23 members, an ideal autumn morning.

All the usual birds were seen, including a Little Bittern on the walk around the pathways past the Salt Marsh and Central pans. We also saw an African Marsh Harrier patrolling across the northern area of the Reserve and working its way down over Park Island and back to the Westlake wetlands.
In the photos everyone is trying to see the Black crowned Night Herons at the roost area. One can see the serious fire damage to the mountain above Lakeside, which occurred on 13 January 2005. Also one of the Zandvlei fish eagles can be seen on the trees platform in the background.

We walked along the track on the outside of the western boundary fence down to the entrance of the Kaisers and Westlake Rivers into Zandvlei main waterbody, which flows under the railway bridge. There were piles of hyacinth along the edge of the track where the “long necked crane” had cleared the water ways in the previous week. These heaps have to drain all the water out of the vegetation and silt, so it can be transported by road to the Muizenberg Landfill site.

A total of 53 bird species were seen. For most it was a first time to Zandvlei and they said they enjoyed the outing. 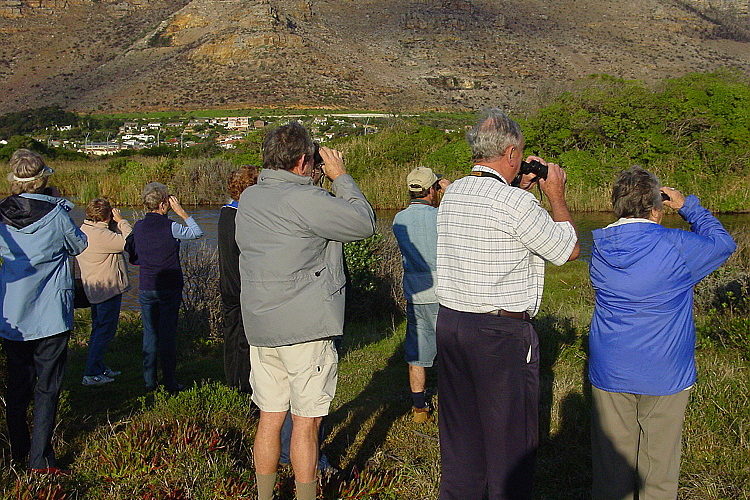 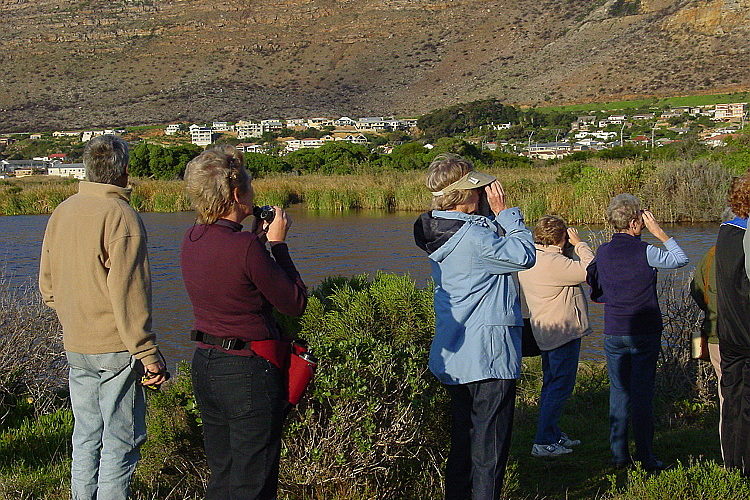 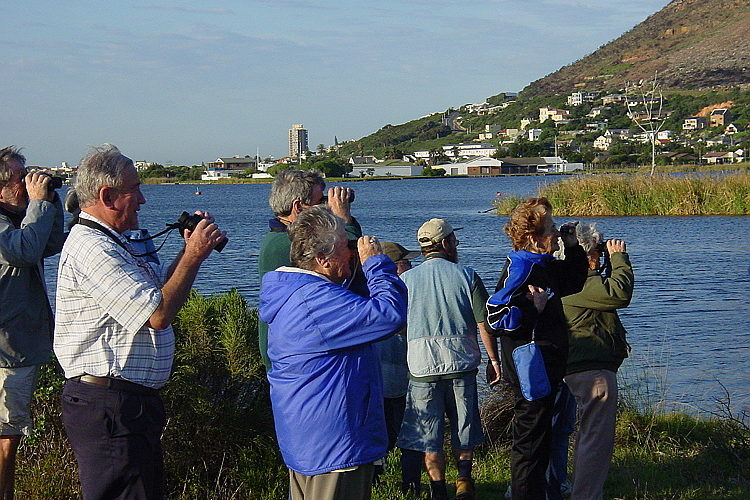 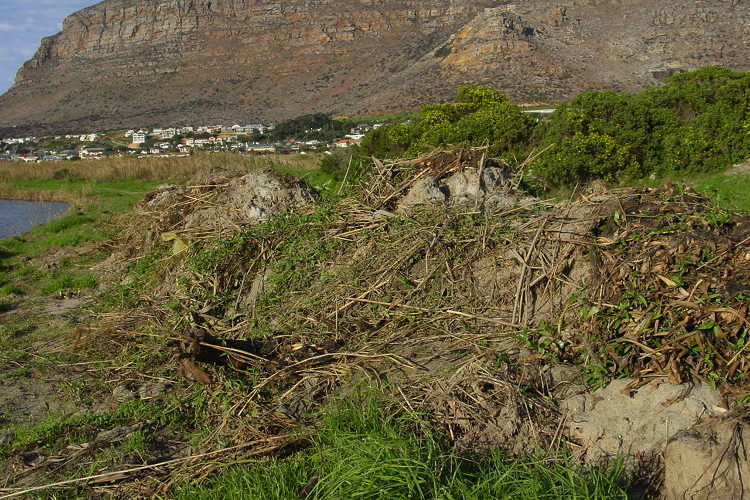