As of 17 July 2020 the Rondevlei Nature Reserve will be open to the public, with the requirement of wearing facemasks and keeping the social distance for the Covid 19 pandemic.

This small 250ha site, established in 1952, is managed by the Cape Town City Council and is ideal for a few hours’ birding close to the city. Rondevlei forms part of the larger False Bay Nature Reserve which includes other birding areas such as Zeekoevlei and Strandfontein.

Habitat includes a large seasonally fluctuating vlei (or lake) with areas of open water, reedbeds, lowland fynbos and strandveld . The summer months are dry and the vlei (lake) often recedes some way from the shoreline at this time.

A series of five hides and two observation towers along a short, well maintained footpath, plus a small museum make it especially suited to the beginner.

225 species have been recorded to date. On an average day in summer 70 species may be seen, with 40 in winter when the summer migrants have departed.

The vlei and extensive reedbeds support large breeding colonies of herons, night herons, egrets, ibis and spoonbill. A good selection of open- water ducks, coots and grebes can be seen, with Great White Pelicans often roosting on the sandbanks, cormorants and darters in the dead trees. African Marsh Harrier can be seen hunting over the reedbeds and African Fish Eagle is an occasional visitor.

Whilst rarely seen the vlei is home to a small family of Hippopotamus (Hippopotamus amphibius). 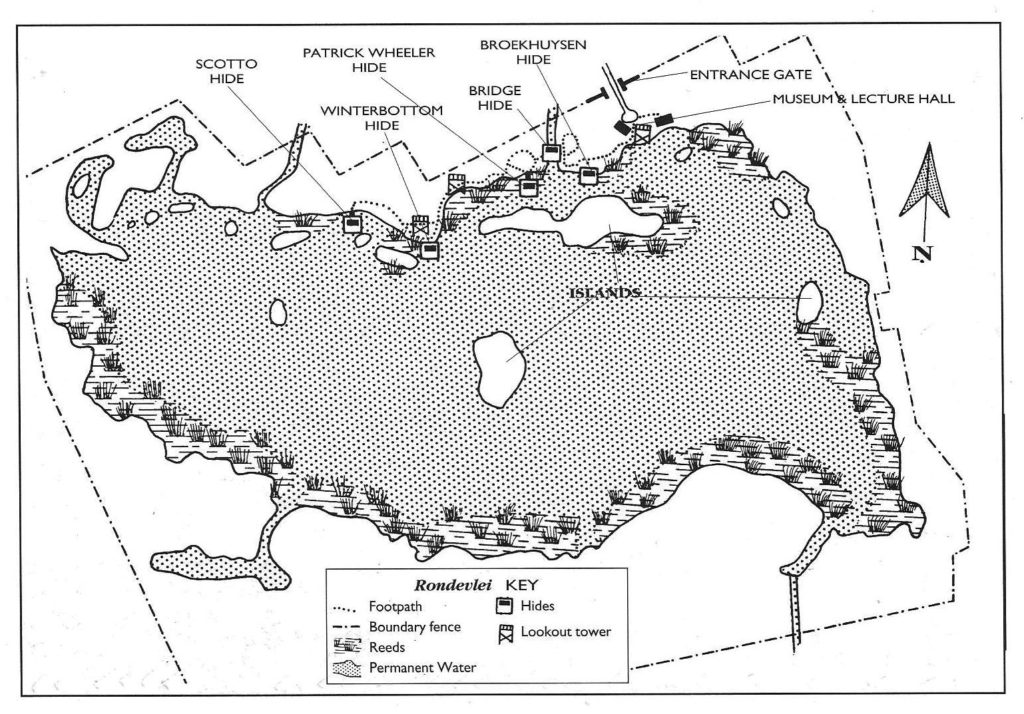 Picnic areas plus parking and public toilets are available. 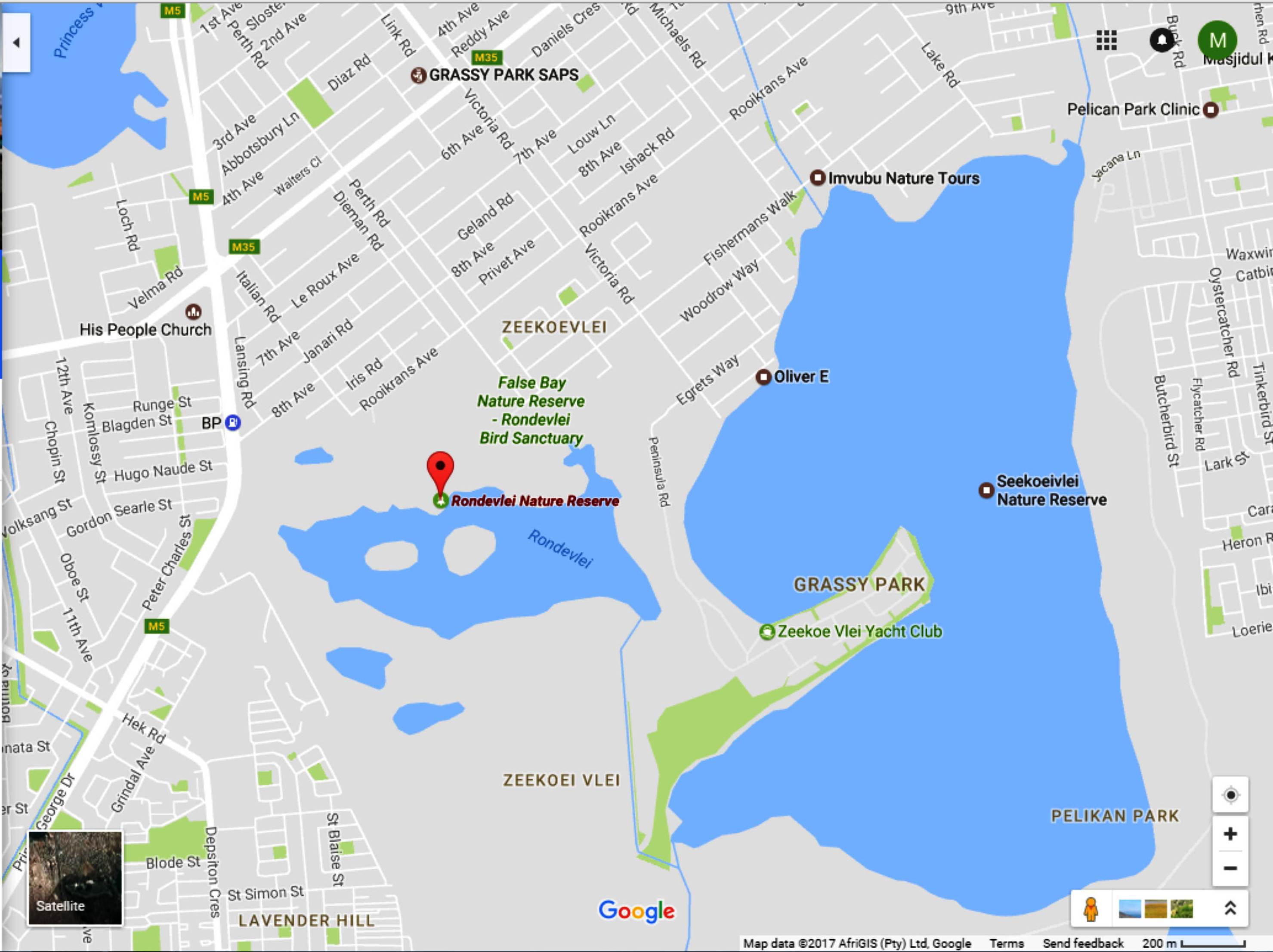 The Cape Bird Club runs regular monthly beginners’ birding outings, for members and open to the public, usually on the first Saturday of each month. Meet at 08h00. Leader Merle Chalton 079 343 1047