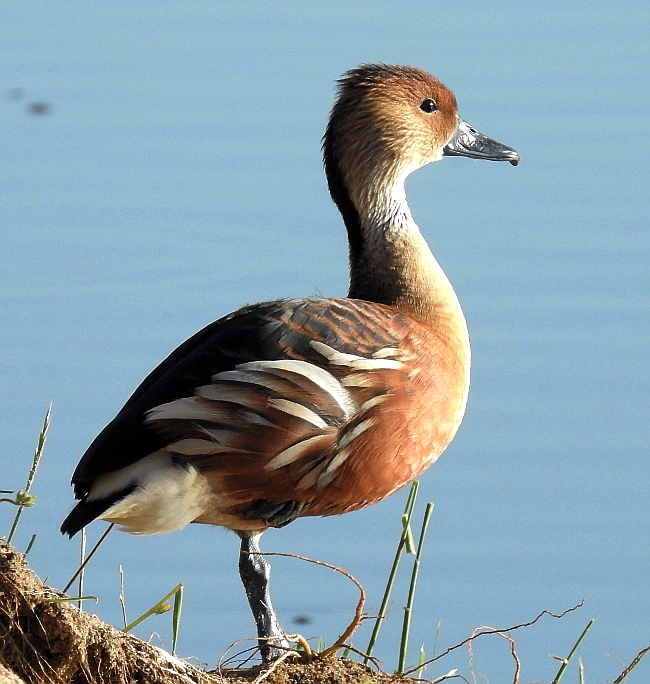 John reports – Kittlitz’s Plovers have not been seen for years and may have been nesting because Rita Meyer watched a broken-wing display.

John reports – I took these photos this morning. In addition to the Whiskered Terns there were some White-winged Terns present too.

John reports – this morning (Sat 31 Aug 2019) there were 6 juvenile Lesser Flamingos on B pan at Paarl Bird Sanctuary. The attached photo shows 4 of them. They were associated with a group of adult Greater Flamingos.

A note from Mark Anderson “They probably originate from Kamfers Dam or Sua Pan, or maybe (but a very unlikely maybe) Lake Natron (where c. 1 million Lesser Flamingo chicks were produced this year)”.

John reports  – there were many interesting birds at the count this month.

The monthly count for March was on Saturday 30th, 2019. A feature was a feeding frenzy on mosquitoes/gnats by swallows, martins and swifts above the E3 pan (map attached). Amongst the swallows Barns predominated, and there were lots of Brown-throated Martins. So the Barn Swallows have not migrated to the northern hemisphere yet.

The White-winged Terns are almost in full breeding plumage preceding migration but the underwing coverts have not yet changed to black, as shown in the attached photo in which one bird is showing the underside of the wings.

There was a pair of African Black Duck on the E3 pan, and the Grey-headed Gulls have chicks (nestlings) on E2 pan. Here is a layout of the pans.

photographs and reports by John Fincham.