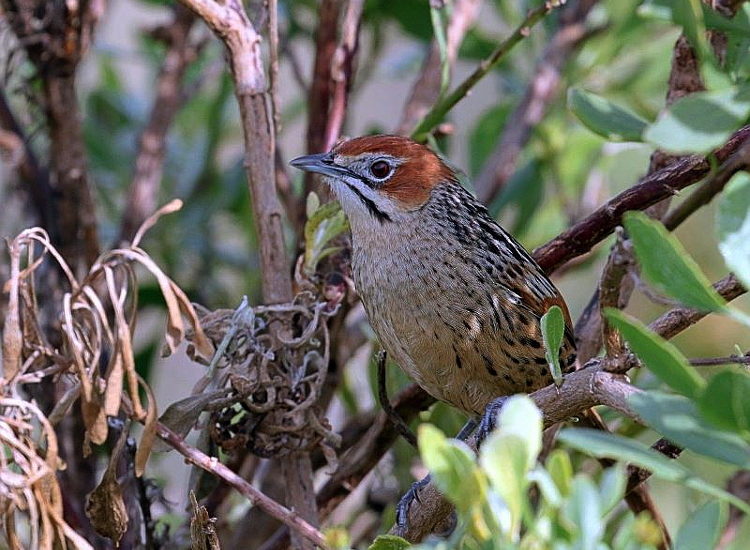 The day was bright and sunny and the temperature comfortable after the rain earlier in the week. Fourteen birders joined me for a gentle stroll from the old farm buildings, down the track with Peers Hill on the right and Klein Tuin mountain on the left. We turned off where the Silvermine River runs under the track. The river was in full spate and I looked under the bridge for the nest of the White-throated Swallow but, although we saw the birds, they had not made a nest yet.

Walking up the slope through the old fields, we saw a pair of Cape Sugarbirds but the Orange-breasted Sunbirds were conspicuous by their absence. However, some Cape Grassbirds were calling and, after a while, we managed to spot one on a bush some distance from us.

A pair of Southern Double-collared Sunbirds were busy nest-building in a tangle of bushes close to the path and, as we were enjoying watching them a Cape Grassbird popped out onto a branch in front of us. Shortly after that, we heard a Bar-throated Apalis and eventually saw it in a tree not too far away.
Southern Double-collared Sunbird overseeing his mate whilst she was gathering nesting material.

Our total for the morning was 36 species. My thanks to all who attended. I hope that you enjoyed the morning as much as I did.