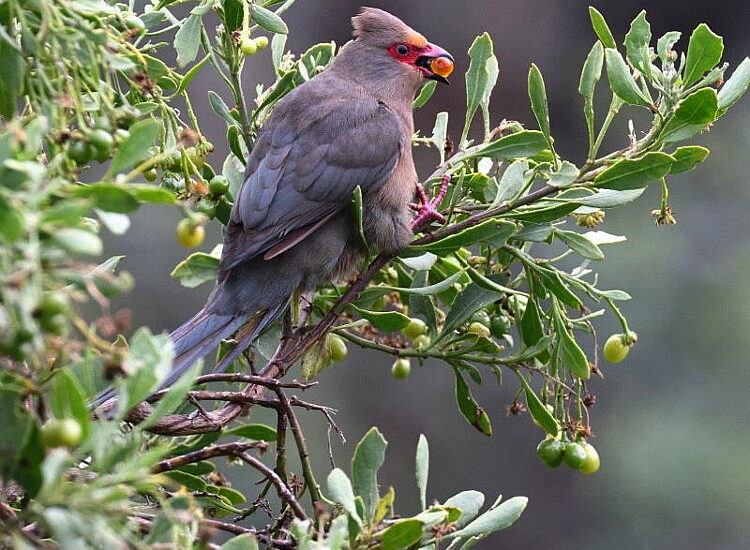 It is always a bit of a gamble to have an outing at this time of year as it could rain on the day. The venue has been used for several years in the first half of September and we have been fortunate every time to have had a perfect day in between periods of rain.

Six of us gathered in the parking place. As it had rained on the previous day, the grass was rather long and there were a lot of ticks around, so I decided to keep to the track from the centre to the northern end of the golf course, an easy gentle stroll there and back.

There was no wind and the low cloud kept things nice and cool until the very end of the morning.
The resident Jackal Buzzard sat on the top of the dead tree near the buildings and later gave us a good view as it flew low past us. The Bokmakierie also made its presence heard but played a game of hide and seek for a while.

All the usual bush and fynbos birds were seen except the Orange-breasted Sunbirds and Cape Sugarbirds. They are getting more difficult to find along this stretch of the Kleintuin Mountain. Cape Turtle Doves are also not numerous in this part, but one pair seems to find living here acceptable. Three other species that are not seen or heard often in the area were African Olive Pigeon, Yellow Bishop and Speckled Mousebird.

The Silvermine River was flowing nicely after the rain. There is a pair of African Black Duck that I see along the river quite regularly. Today one was seen flying up stream.

In all 42 species were seen and 2 heard. Thank you to those who joined me and to Daryl for the photographs.