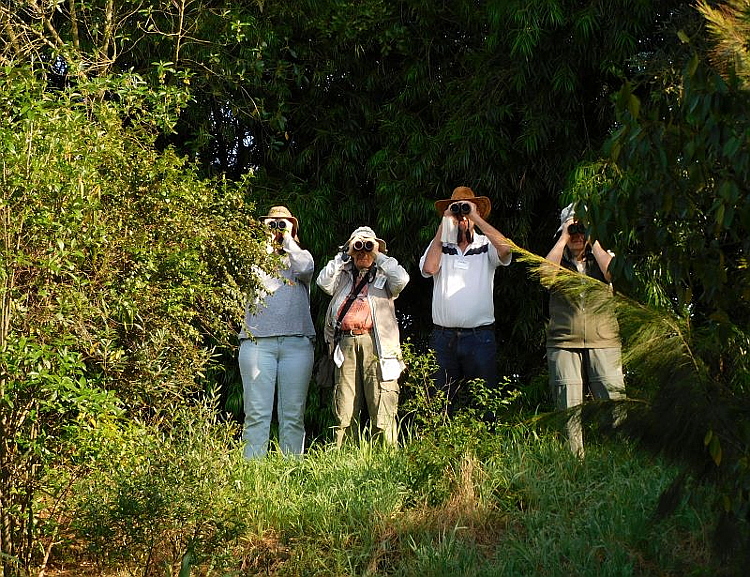 After a successful outing in May this year, we headed back to Jessie Walton’s Apple Farm in Elgin, for a Sunday outing. The morning weather was perfect, and remained so throughout the day for that matter.

We started at the dam, making our way to the hide that overlooked the dam at the heronry. We then continued around the dam, spotting many Black-crowned Night Herons, Bar-throated Apalis. Shortly afterwards, three Little Bitterns popped out from the reeds, giving good visuals.

We then made our way to the farm to have a walk around the Fynbos Garden above the main house. Some of the birds we saw there were very active Malachite Sunbirds. Greater-Striped Swallows, Black Saw-wings and White-rumped Swifts were seen flying above.

To conclude the outing we had tea on the balcony of the house looking over the main dam. We had brilliant views of two Jackal Buzzards, one of which was collecting sticks for a nest nearby.