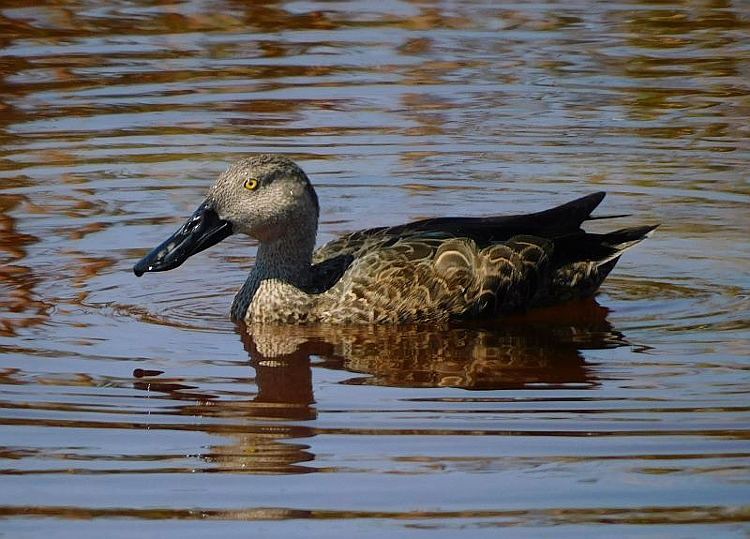 This, now-traditional, outing to bid farewell to the migrant waders of Langebaan Lagoon, took place a little later than previous years. Fortunately there were still good numbers of several species, with some of the Curlew Sandpipers and Grey Plovers showing full breeding plumage.

This was a good opportunity, particularly for new birders, to see the variation in plumage from the dull greys of non breeding through to the lovely brick red underparts of the
The Geelbek hide was almost bursting at the seams with masked-up members and conditions were excellent, with no wind and bright sunshine – ideal for the many members who now carry cameras as standard rig.

A suite of most wader species put in an appearance over the morning at the hide. Big numbers of Eurasian (Common) Whimbrel were feeding right across the mudflats, but only one Eurasian Curlew spotted. Greenshanks were also in abundance but there were no Marsh Sandpiper, no Red Knot and no Godwits.

Smaller waders such as Little Stint, Common Ringed Plover, Sanderling and Chestnut-banded Plover had the few scopes on site occupied, with members queueing to get a better look than binoculars offered. A single Ruff and a single Ruddy Turnstone also required scoping.

The really big surprise was when a species never recorded in the park before was spotted, I think by Dennis Laidler… a pair of Fulvous Whistling Duck!

How or why, a rare in the Western Cape, tropical freshwater species such as this would turn up at a salt water lagoon on the West Coast is baffling. But then, any out of range species is usually a mystery – although Fulvous Duck is known to be highly nomadic. Southern KZN is the closest that one would normally find these birds.

Several new members attended the outing with some being new to birding, so when I overheard one of them saying he had double figure lifers, I thought what a good way and a good day to start.