Outing to the Darling Hills Road and Groote Post Winery. 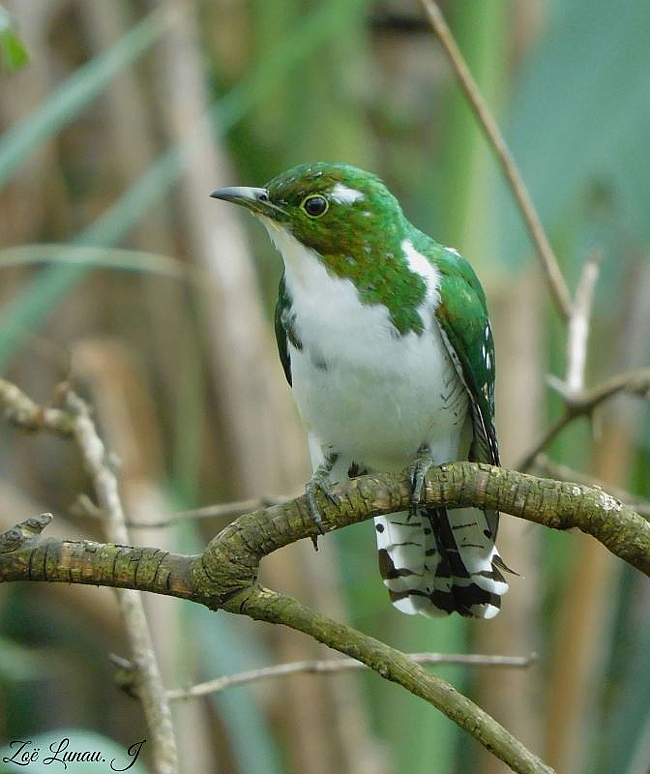 20 people assembled at 8.00am, in cold, cloudy and windy weather. The forecast was exactly that, strong north wester, cloudy and cold with intermittent rain. That and the fact that the recce I had done with Daryl de Beer and Mel Tripp the previous Monday, in better conditions, had not produced much good birding, didn’t fill me with confidence for what lay ahead.

A Bokmakierie was calling and then seen. Soon afterwards one of our target birds, a Southern Black Korhaan was also heard, then one was seen in the distance, flying parallel to the R27. It was decided to walk up the road and back before setting off in our seven vehicles. It was good habitat for the korhaan and also Cape Clapper Lark. Not much was calling and the birds were few and far between, but we did see Pied Starling, Grey-backed Cisticola and Cape Weaver. Some of the group were lucky enough to get glimpses of the calling Southern Black Korhaan.

Then back to the cars and off we went. I stopped at the raised dam and a quick scan only revealed one Spur-winged Goose, two Egyptian Geese, a few Kelp Gulls and a pair of Blacksmith Lapwings which we had already seen. Certainly not worth everyone climbing over the barbed wire for a view, so we carried on to where the Banded Martins and European Bee-eaters breed, but no luck.

We had been adding to the list though, with Cape Longclaw, lots of Capped Wheatears, nice sightings of African Pipits and others. We stopped again near the bottom of the hill and while walking around someone thought she could see a martin perched on a bush. Then the voice of John Magner, behind me, said, “That’s a Lesser Honeyguide” – and it was.

A little further on was a nice area of shortish grass with a few low bushes. Red-capped Lark was seen here and Pearl-breasted and Greater Striped Swallows were flying around. Daryl de Beer spotted a small bird flying high in the sky in the distance. It gradually moved closer and after a few minutes of watching it, our suspicions were confirmed when we hear it call – Cloud Cisticola. Things were looking up and the weather was also improving.

Walking further on we saw a pair of Jackal Buzzards flying above the road and then a very confiding African Hoopoe was seen nearby, feeding in a field, giving the photographers plenty of opportunity. Other sightings included African Marsh Harrier, Blue Crane, Malachite Sunbird and Yellow-billed and Black-winged Kites.

Continuing by car and stopping now and then, we had good sightings of another African Marsh Harrier, lots of Yellow and Red Bishops in breeding plumage, White-backed Mousebirds, Little Rush and Lesser Swamp Warblers, Levaillant’s Cisticola, Fiscal Flycatcher and Cape Bulbul. Stopping just past the low bridge over the Mud River, we added Chestnut-vented Warbler, Namaqua Dove and African Goshawk to the list. Klaas’s Cuckoo was heard, and then eventually seen, by some just before we continued.

Further on, we stopped for a small group of Brimstone Canaries and then stopped again by the oak trees that used to attract honeyguides. A Yellow-billed Kite was perched in one of them. I then noticed in my wing mirror the cars behind had stopped some distance short of us. We got out of the car and Oli Main exclaimed excitedly, “Up there on the Pylon, a Martial Eagle” – a lifer for him and his mother, Alex.

As we turned into Groote Post, Fork-tailed Drongos were seen in the large gums on the right and were added to the list. Other new birds seen on the drive to the winery were Speckled Pigeon, African Stonechat, Southern Double-collared Sunbird and Cape White-eye. It was now after 12.30pm, so we decided coffee and lunch was needed before going to the bird hide. The area under the trees, where we had hoped to have our refreshments was still wet from the earlier rain, so it was decided we’d eat near our vehicles. Another Klaas’s Cuckoo was calling in one of the trees next to the cars and soon spotted. European Bee-eaters had arrived and were also entertaining us.

After lunch, a few people decided they were ready to leave and the rest made their way to the dam and bird hide. On the way we had excellent views of European Bee-eaters and Male Yellow Bishops. The hide was occupied, so we walked around, adding Red-knobbed Coot, Common Moorhen, Little Grebe, Yellow-billed Duck and Cape Shoveler to the list. Returning along the river and thinking the outing was just about over, we spotted two male Klaas’s Cuckoos in a tree near the river, right next to the covered parking bays.

They were sitting out in the open at times and chasing each other around in the tree, completely ignoring the birders, particularly the photographers in the group who enjoyed them for the next half an hour. A female African Paradise Flycatcher also put in an appearance, in a tree by the wooden bridge over the river. It was a great ending to an outing that was thoroughly enjoyed by everyone. Why was I so apprehensive?

My thanks to Daryl de Beer who helped me lead the outing. Thanks also to Gigi and Dennis Laidler and John Magner for their assistance. Having some experienced birders is always appreciated, particularly when birding in a line of cars. It was also a real pleasure to have young Zoe Lunau and Oli Main with us on the outing. Also, thanks to everyone for braving the weather.

A total of 69 species were seen.