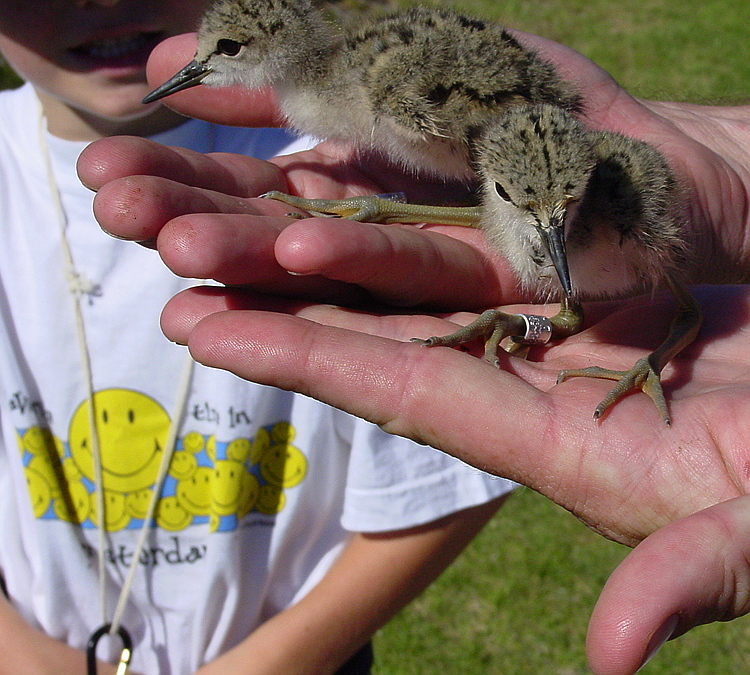 Brian Herman brought a youngster from Lakeside with him to come and assist Doug and for him to experience what bird ringing is all about. Brian breeds and keeps birds in aviaries in his garden and the boy comes to visit Brian to see the birds.

All the usual suspects were caught , and it turned out that a few Cape White eyes were re trapped. While sitting and documenting the data an Angulate Tortoise came ambling along and went into the shade under the table.

We decided to go and look in the pans when there was a quiet time with no birds in the net in the later part of the morning. There was a pair of Black winged Stilts with 3 chicks on the edge of the dried up surface of the Central Pan. It was decided to try and catch the chicks and ring them. It turned out to be quite a struggle as the mud was knee deep and very difficult to move in. Thank goodness for youth and energy and soon 2 were retrieved and the 3rd one required a second foray into the mud. All the while the parents were nearby and very anxious.

Doug soon had the rings on and they were the first Black winged Stilts to be ringed on the Cape Flats, and released for the parents to look after.

The local Zandvlei Fish Eagle can be seen in the background of one of the photos. Also shown in another photo, and not often seen in this part of the country is a dung beetle busy breaking up a bird poo on the shoreline.