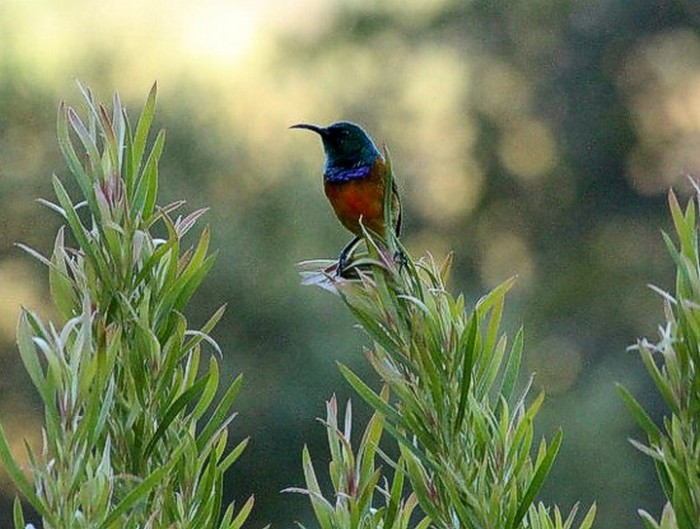 The bird walk today was very popular. With over 40 keen birders, there were members of the Cape Bird Club and Botanical Society members and some other people who just came along.

As it was an afternoon walk we were slow in finding any birds to start with, as the birds seem to come out as it gets cooler. However we stopped on the grass close to the Arboretum as we’d seen movement in a tree and one of the visiting birders, from Australia, spotted a Cape Batis. A bird she’d asked me about prior to the walk as she was hoping to get a sighting. Most of the group were able to see this confiding little bird.

We then wandered up through the Arboretum towards the Boomslang Walkway, stopping to admire some Golden Orb Spiders along the path. As we approached the Boomslang we heard the unmistakable sound of a Buzzard calling overhead, which we were able to see between the branches. There was some discussion as to the identity of this bird, which may have been a juvenile Jackal Buzzard.

Everyone enjoyed being on the Boomslang walkway and we looked down on Southern Double-Collared Sunbirds and little Cape White-Eyes busying themselves in amongst the leaves.

We went up through the Arboretum towards the top of the Gardens and then the action started with a family of Cape Spurfowl, Cape Sugarbirds, Orange-Breasted Sunbirds and more. There was a very obliging Southern Boubou that everyone was able to see, we thought this bird was a juvenile as there was another Southern Boubou was calling very close by.

After the activity and excitement at that spot, things quietened down and we had a very pleasantly cool walk back down. Unfortunately we didn’t find many more birds and we never found the owls.

I had checked The Dell earlier and could see no sign of them!

We counted 25 birds sighted, plus we heard an African Paradise Flycatcher. 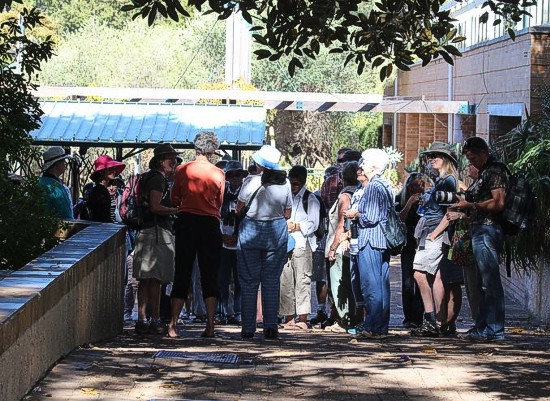 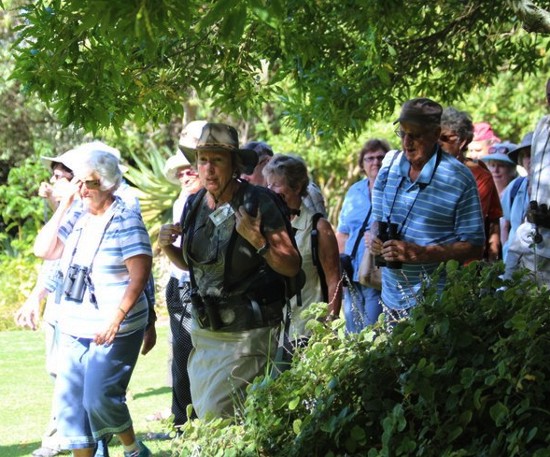 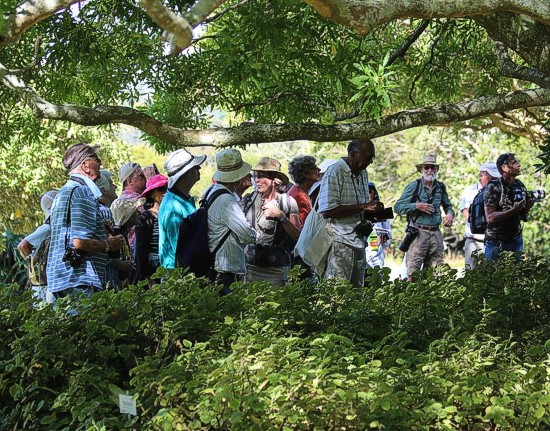 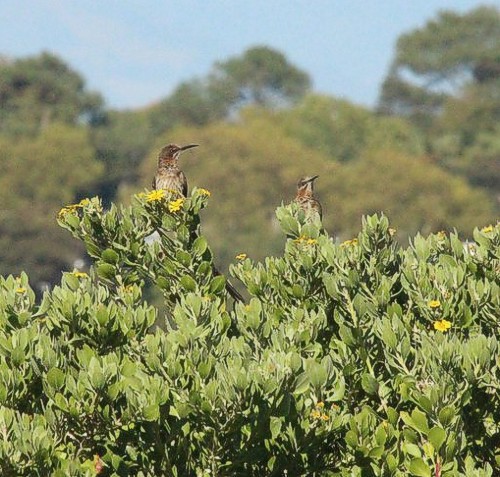 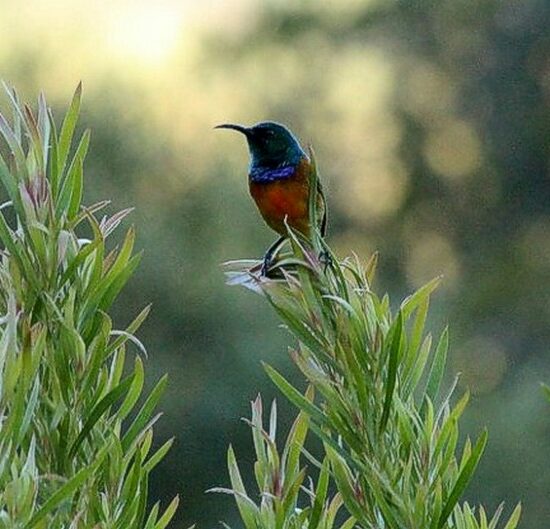 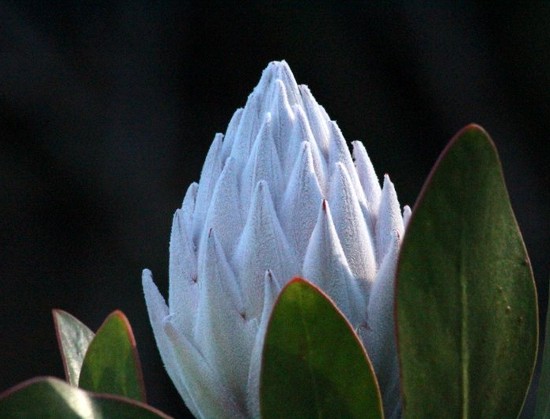 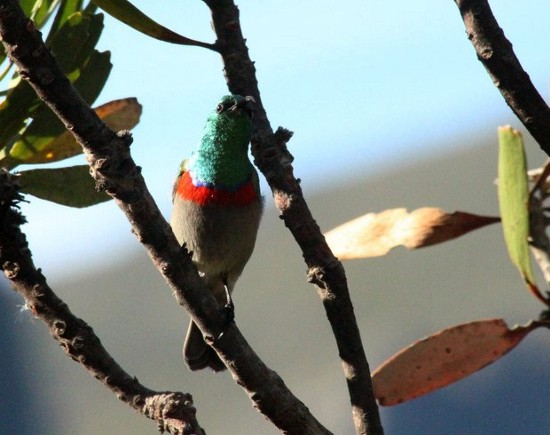 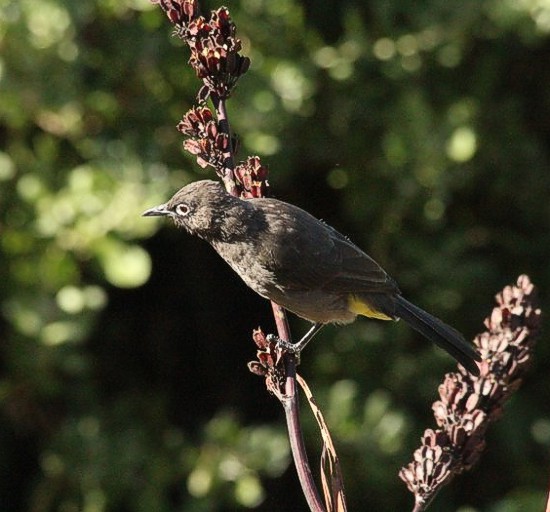 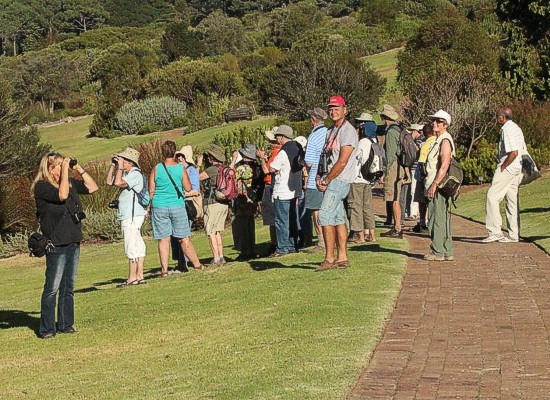