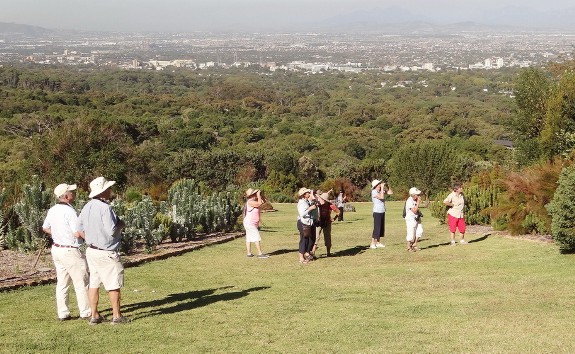 4pm on Tuesday, 17th February saw the start of the first Kirstenbosch bird walk of 2015, the 2nd last walk organised by the late Anne Gray. It was very warm when the group of 15 headed across Camphor Avenue into the gardens and birding was expected to be fairly quiet.

However, we very soon had a mixed flock of swifts and swallows overhead to test the group’s ID skills, and Alpine, African Black and White-rumped Swifts were seen together with Barn Swallows and Black Saw-wing. We again encountered mixed groups several times later and added Little Swift and Greater Striped Swallow to the list.

Also overhead we had a distant view of an unidentified buzzard, but later added a fairly pale Steppe Buzzard to the tally.

At ground level the warm conditions made birding a bit slower, but as the sun dipped lower and the shaded areas grew, the bushbirds became more active and Orange-breasted Sunbirds were seen far more frequently than Southern Double-collared. Large birds included Helmeted Guineafowl, Egyptian Goose and Cape Spurfowl but no Hadedas, and species such as Olive Thrush, Cape Robin-Chat, Karoo Prinia, Cape White-eye and African Dusky Flycatcher were noted. Speckled Mousebird was a good species to get, but Cape Sugarbird was neither seen nor heard. Two Brimstone Canaries were seen well, but were the only canaries for the afternoon. Southern Boubou was heard on several occasions, but generally some distance away and we did not see one.

A female African Paradise-Flycatcher gave a fleeting view just before we headed over the bridge towards the Braille Trail looking for the owls. Eventually one was spotted almost directly above our heads, totally unconcerned as it preened and observed us from just over a metre away.

On the walk past the Botsoc offices and over the boardwalk we spotted an impressive female rain spider guarding its nest and a couple of people added Common Waxbill as we concluded the walk at about 6.30pm. Once the early heat was over, it had turned into a magnificent late afternoon and the total bird-list of 27 species seen (or heard) was quite acceptable. 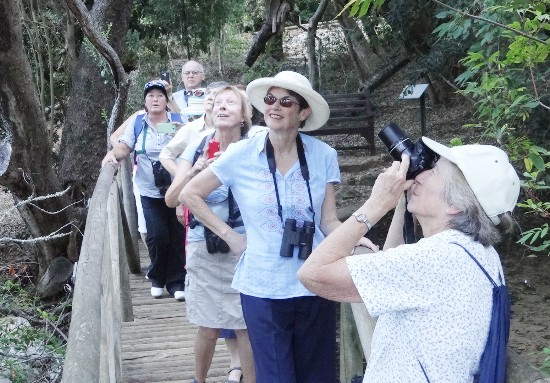 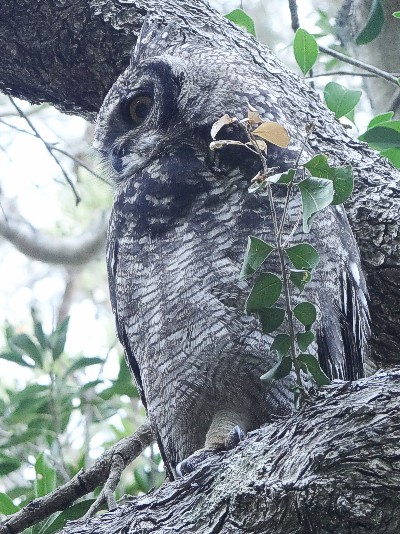 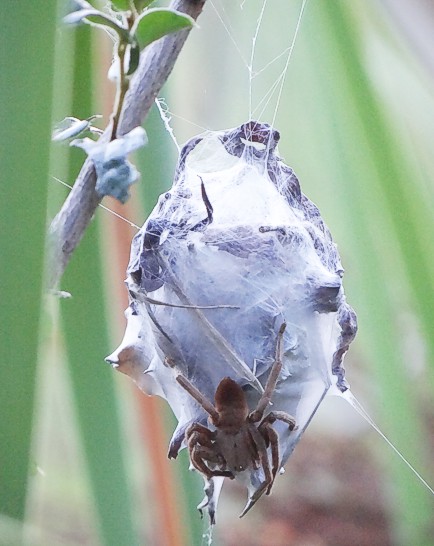 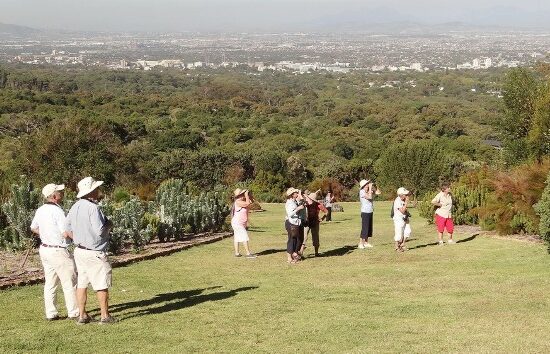