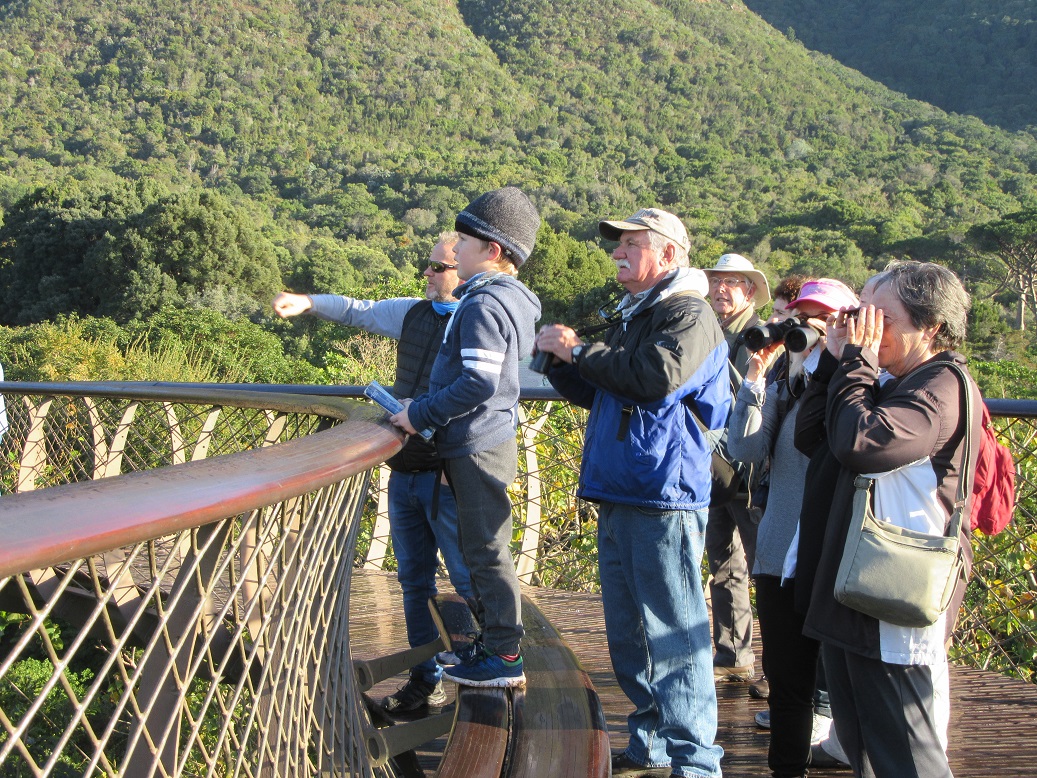 I was joined by 12 people at 8h30 am on a beautiful winters morning – calm, clear and a bit cold! The birding was slow at first, but the anticipation of an owl that two of the group had seen earlier in the enchanted forest kept people interested. We found a tree full of Speckled Mousebirds and Olive Thrushes on the way up. No owls or Lemon Doves in the enchanted forest!

One of the group, a young boy, was keen to look for the ‘dinosaurs’ in the del and I felt bad telling him we were staying on the path around the top, but he was also keen to find birds – carried his Roberts Field Guide with him the whole way. He had a very good knowledge of birds (and remembered where he had seen them before) and we managed to add one new bird to his list – an African Dusky Flycatcher.

We found two Spotted Eagle Owls in the trees at the top of the del, but never managed to see the sugarbird that we heard calling higher up in the gardens.

On the way down we started seeing more birds – managed to find Swee Waxbills and Common Chaffinch feeding on the lawns and then a couple of Black Sparrowhawks flying high kept us busy for a while.

As we got close to the gate, discussing the birds we had seen, the group at the back called us – 2 Lemon Doves flew into the trees next to the path in front of the Moyo restaurant. We joined them and the doves sat in the trees, giving us beautiful views.

A total of 23 species were seen, not a bad total for a winters morning. 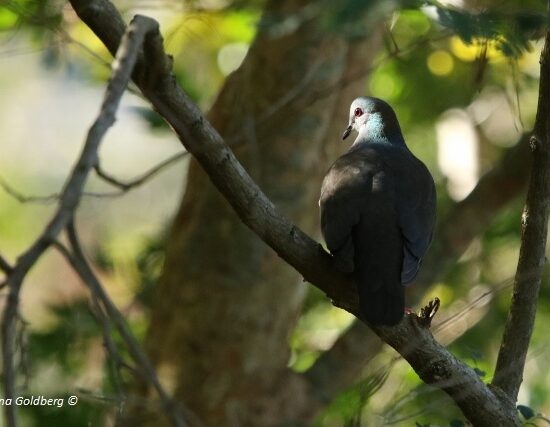 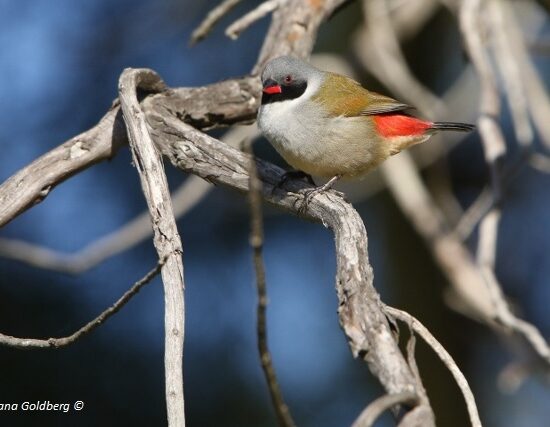 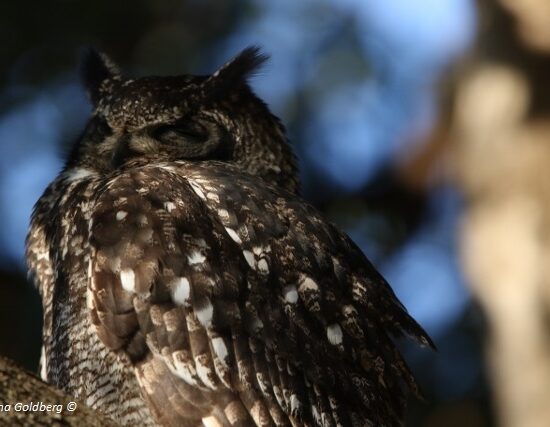 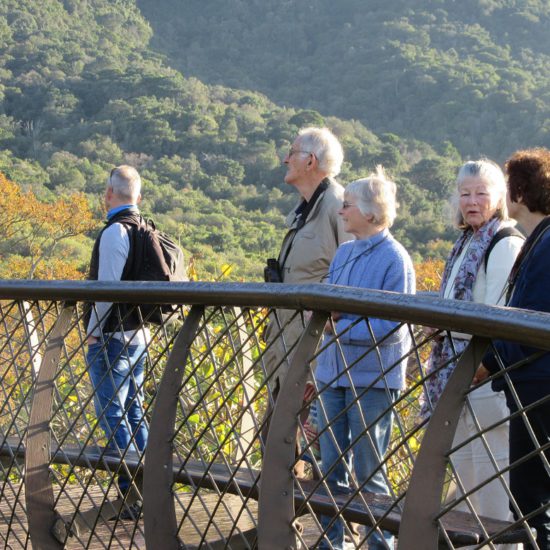 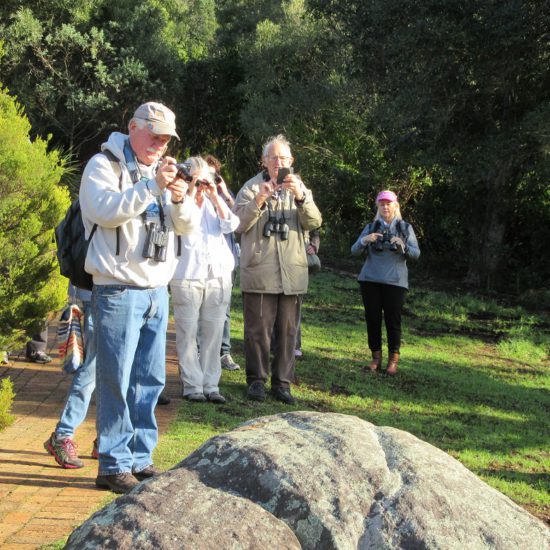