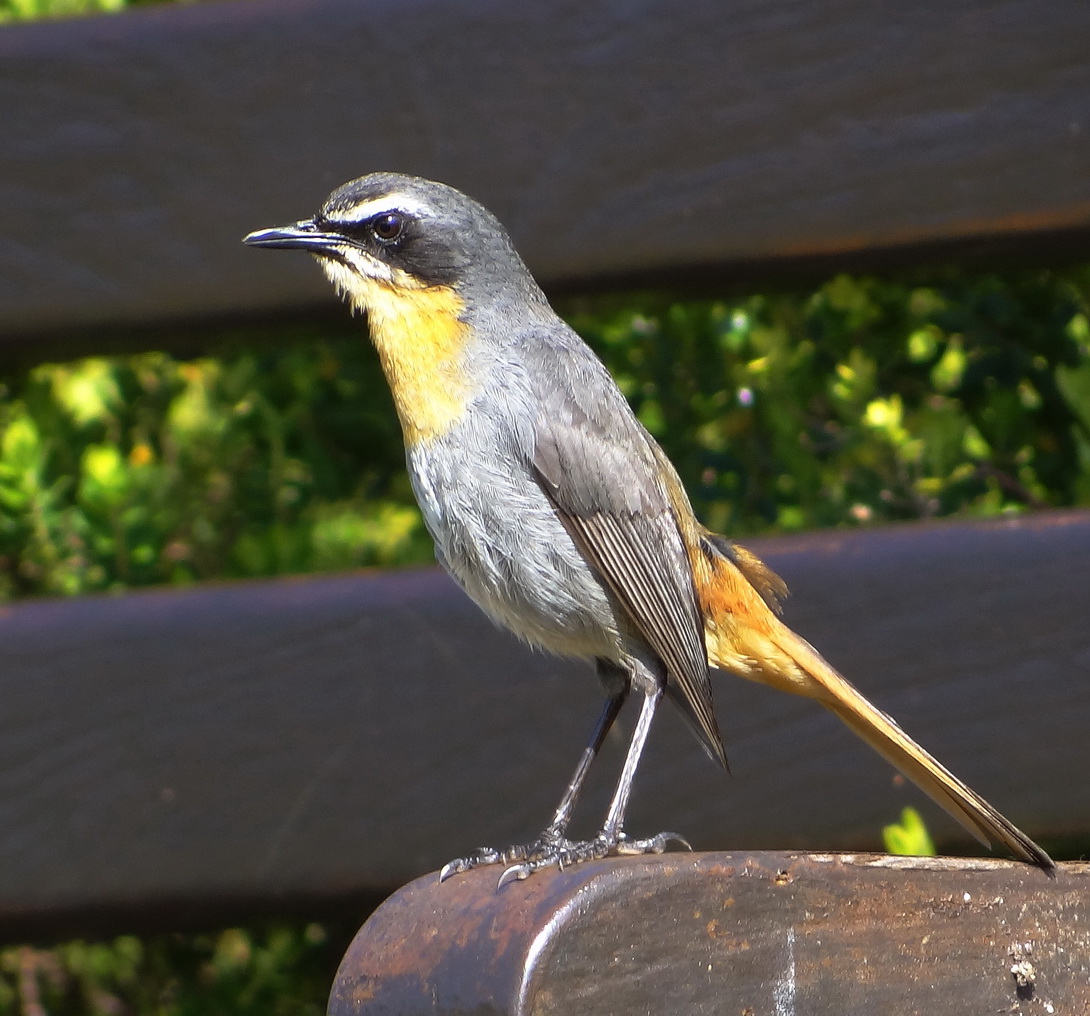 After two days of very unpleasant wintery weather, Wednesday morning was beautifully sunny, cool and windless as our group of nine set off from the Kirstenbosch main gate shortly after 08h00.

Our first stop was at the nesting owl in the flower-pot outside the Conservatory, where the female bird was still sitting. Her partner was perched in the trees above the entrance turnstiles, pretending to be a branch extension.

Heading up the main path, we soon added Sombre Greenbul, Cape White-eye, Cape Canary (in the flower-beds tucking into the seed-heads) and Southern Double-collared Sunbirds. A Little Rush Warbler was heard calling from the reed-beds around the main pond, but was not seen.  The call of a Common Chaffinch from a large oak nearby attracted us, and we eventually had great views of the very vocal male, as well as picking up Common Waxbill and Cape Bulbul.

As we continued up the gardens, Cape Robin-Chat and Olive Thrush were seen frequently, and at the bridge across the stream near the large pines we had a brief view of a female African Paradise-Flycatcher flying over, and Mel Tripp found a Cape Batis nest being built above the pool.

Continuing, we came across several Cape Sugarbirds and had good views of an African Goshawk flying low over us. It had earlier interacted with another small raptor, and we later had excellent views of what was probably this bird – a male Rock Kestrel perched on top of a dead silvertree.  On the lawn we came across a single Common Waxbill feeding alongside a single (female) Swee Waxbill.  We also had good views of Karoo Prinia, a hunting Southern Boubou, two feeding Speckled Mousebirds and a pair of Forest Canaries. We then reached the Boomslang where we met Myburgh Brink who showed us a Spotted Eagle-Owl perched just below the boardwalk structure.  As we came off the Boomslang, a very confiding pair of Cape Batis showed well.

The very enjoyable walk was completed at about 10h30. At the main entrance we came across Mel who had unfortunately dropped his jacket on route and had gone back to look for it – unsuccessfully. Two of us then joined him in retracing our route, but there was sadly no sign of the jacket.  We did however add White-necked Raven and Klaas’s Cuckoo (heard) to the list for the morning which then came to a very respectable 31 species – excluding expected birds such as Orange-breasted and Malachite Sunbirds and with very little in the sky above (such as swifts, swallows, Pied Crow etc.) 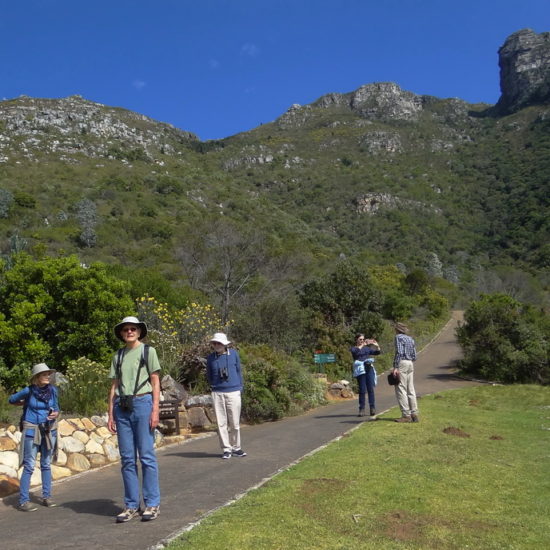 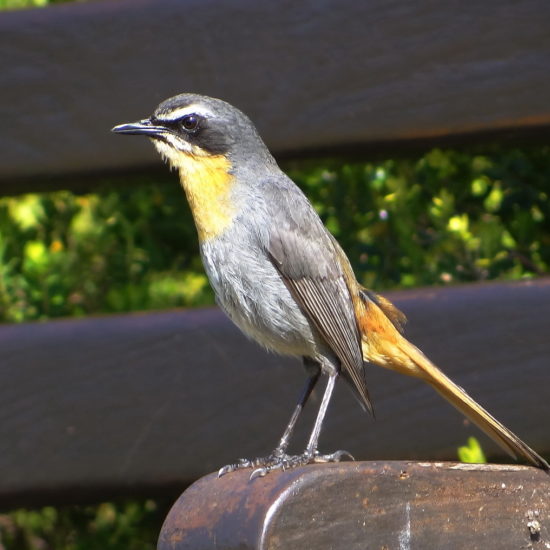 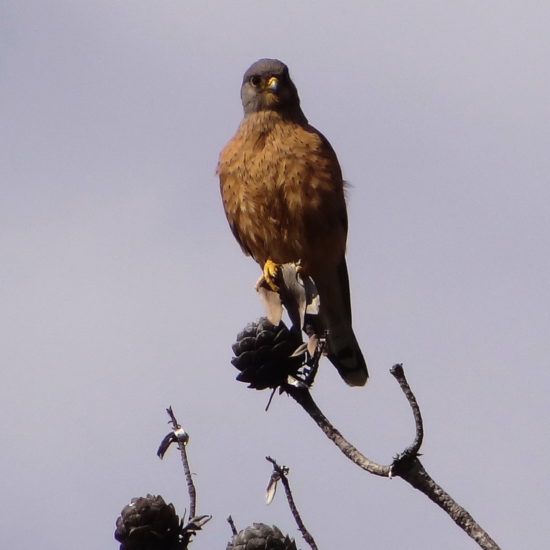 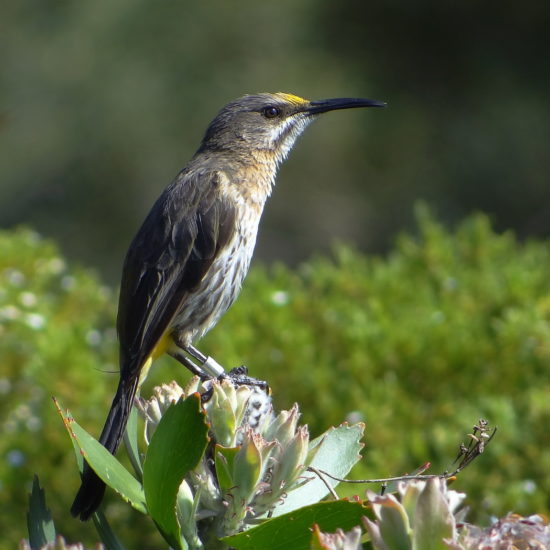 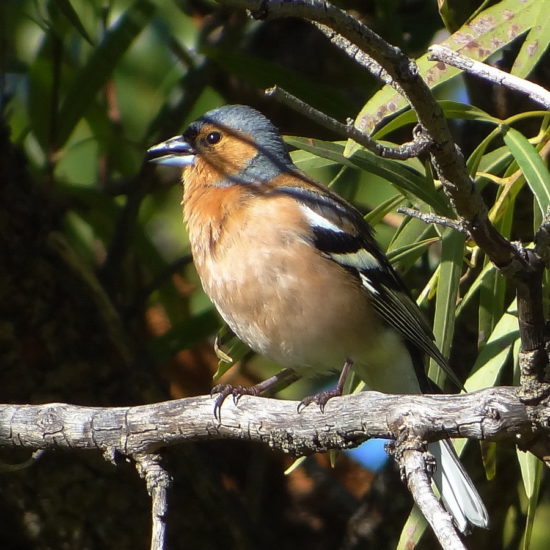