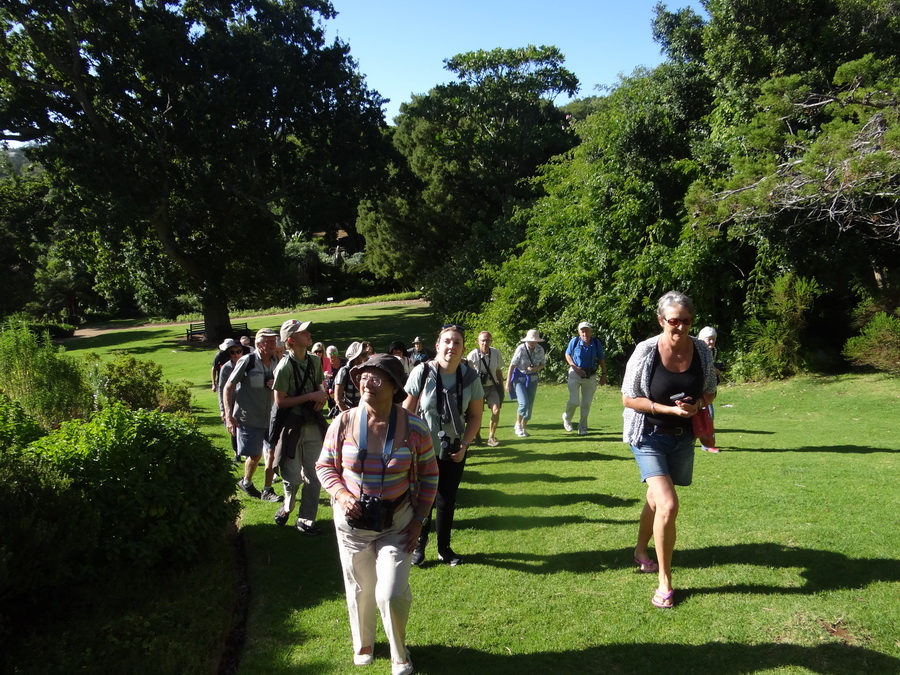 Shortly after 8am on Tuesday morning, 14 February a large group of 30+ people including several overseas visitors set off from the Kirstenbosch main gate in pleasantly cool weather. Despite the generally dry conditions elsewhere, the gardens looked lush and green, and flowering red hot pokers next to the main avenue soon had us ticking off species such as Cape White-eye, Cape Bulbul, Southern Double-collared Sunbird and a female Malachite Sunbird perched on the flower-heads.

Common Waxbill and Karoo Prinia joined the list as we continued up the road, and our first raptor was a circling adult Jackal Buzzard which gave good views. The Booted Eagle seen overhead shortly afterwards was unfortunately rather distant. Heading through the Dell and upwards, species such as Cape Robin-Chat, Olive Thrush, Sombre Greenbul and Orange-breasted Sunbird were spotted, and a detour towards the stream gave us good views of one of the Spotted Eagle-Owl pair in the old almond trees. Cutting back across the gardens we had good views of Cape Sugarbird and several immature Cape Canaries with their streaked fronts. A perched raptor was eventually identified as a Forest Buzzard when it took off, a low-flying Yellow-billed Kite was rather easier to identify. Southern Boubous were heard calling on several occasions, but none of the birds showed themselves. However, African Dusky Flycatchers were rather more accommodating with one juvenile posing at very close range. Alpine Swifts overhead gave a striking display of formation flying right over us.

Heading back down, we had good views of a female Cape Batis above the Dell, and the probable highlight of the walk was spotting and then observing at fairly close quarters a pair of Lemon Doves collecting sticks and flying into a dense shrub in the Dell where they were nest-building. Two of the ladies in the group, one of whom was not comfortable with descending the steep steps into the Dell, unfortunately missed the Lemon Doves but spotted a Speckled Mousebird on their alternative route. This brought the total number of bird species from an enjoyable morning’s walk to 27. By the time we finished at 10h30 it had become quite warm, justifying the 08h00 start. 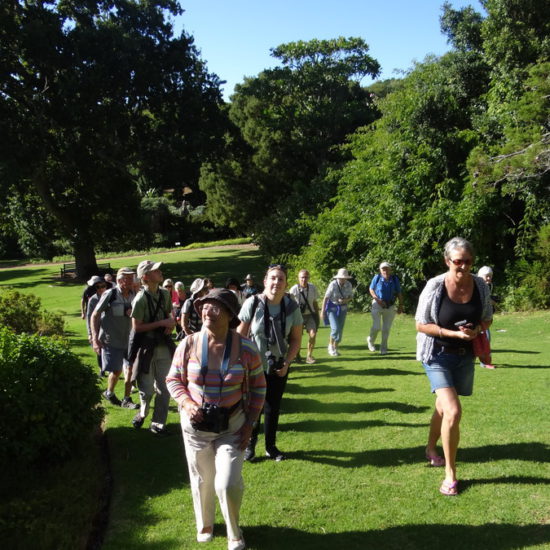 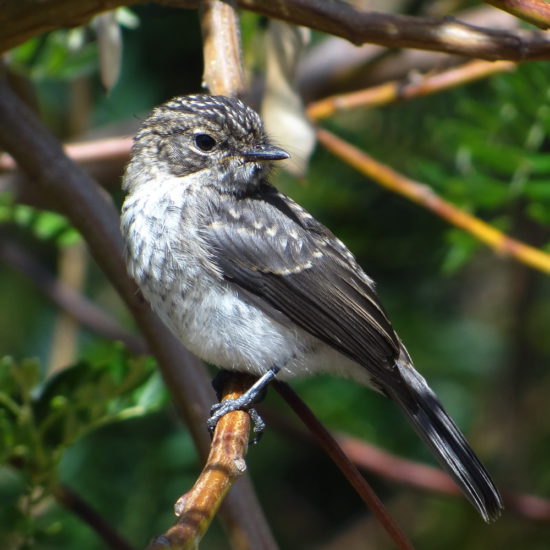