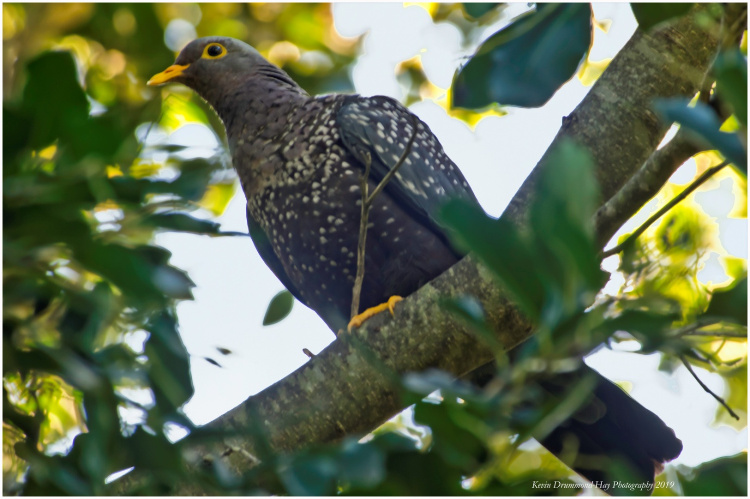 What weather forecasters had pronounced a wet and wild Tuesday turned out to be a glorious Autumn morning with sunshine. 14 people turned up for the walk, which for me was a nice manageable compliment.
Early on in the walk we encountered a fruiting ficus which was being visited by numerous species of birds, Cape Canary, Forest Canary, Sombre Greenbul, Cape Bulbul, Cape White-eye and Olive Thrush. A great start for the walkers to see so many birds in one spot. The nearby Aloes turned up both Malachite and Southern Double-collared Sunbirds.
One of the new comers had mentioned she was told to look out for Lemon Dove, always a tricky one but not un-common for Kirstenbosch. Low and behold as we turned on to a path leading up to the Boomslang, there it was sitting in plain sight for all to get great views.

The Olive Pigeons also played there part feeding in a ficus tree only just above our heads granting all stunning views of this beautiful pigeon.

On the Boomslang, the ever present resident Spotted Eagle Owl did not disappoint. Having moved to a different tree made it harder to find where it sat, back to it’s audience, slept on through all the oohs and aaghs.
On leaving the Boomslang and moving to the top of the garden, the other resident owls had gone AWOL. A cold wind had got up by this time causing most of the birds to seek shelter in the lower canopies leaving meagre pickings. Some brave Swee Waxbills did, however, show themselves to a number of the group.

Leaving the windy heights we proceeded down to the lower garden again hoping to find Bronze Mannikin at the Botsoc Pond, but again no luck.
Coffee and scones at Moyo ended the morning for most on a happy note.
A total of 23 bird species were spotted by the group. Not bad for a slightly windy but pleasant morning. Sadly, not a Raptor to be seen anywhere.