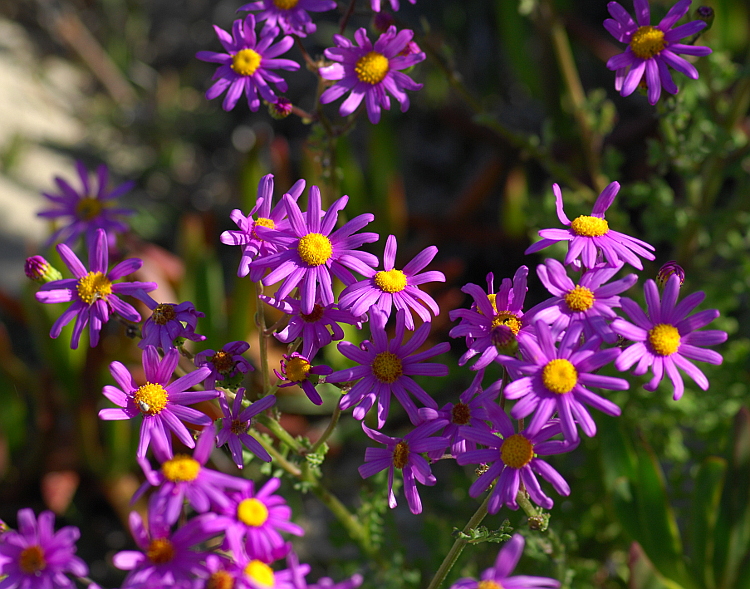 The wind was cool and howling today from the SE. The sky was clear and blue with not a cloud to be seen. Small waves were forming in the main waterbody which was very low. Barry commented that the concrete causeway in the Rutter Road Pond was fully exposed. Under the railway bridge there was ballast stone which I dont recall ever seeing dry and exposed. The flow under the bridge was zero even with the estuary mouth partially closed.

There are a variety of flowers to be seen every where one looks.

We, Barry Robin and I, were back in the reeds today cutting mainly port jackson and port jackson saplings and pulling plenty of seedlings under the bushes where previous trees had grown and dropped their seeds. Bert continued with the large Manatoka and Brazilian pepper trees. Robin was looking for grasses and sedges in flower, which to the lay persons, like some of us, inconspicuous and difficult to see.

It is good to see the Westlake and Keisers Rivers clear of waterweed.

The wind was too fierce for insects to be flying, even the ducks were 3 metres above the reeds when passing over. A total of 22 species of birds were seen. The Caspian Tern males are in full breeding plumage and are quite striking with the black cap and tail feathers. Greater striped and White throated Swallows were present near the railway bridge.