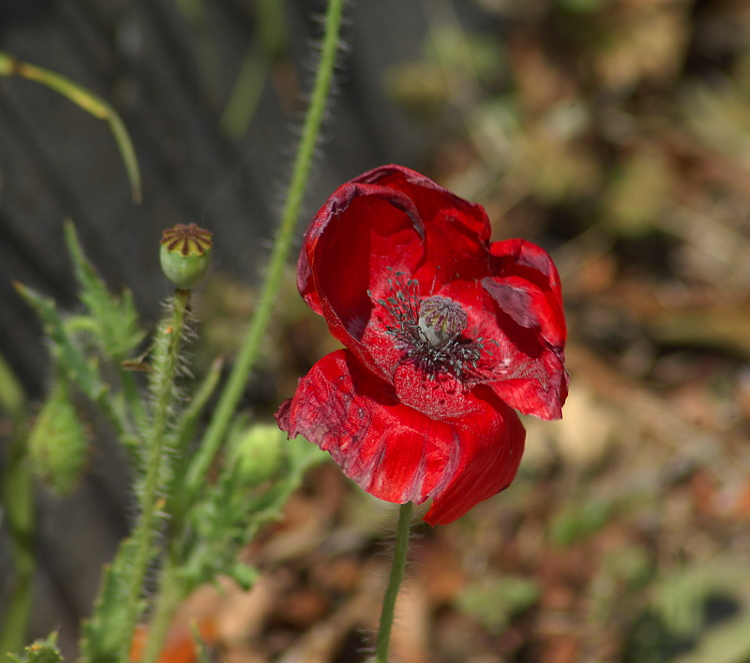 The estuary mouth was open today and the water flow under the railway bridge was 1 metre per 5 seconds in a westerly direction into the confluence of the Keysers and Westlake Rivers. It was full tide at 13h35 today. Full moon is on Tuesday 12/11/2019. The sky was blue with not a cloud to be seen and a moderate to strong SE wind blowing continuously which helped keep the temperature manageble.

Today was the first time I have heard Cape River Frogs croaking in the sheltered reeds of the main water body near a rainwater outlet. The water in this area was crystal clear with small crabs swimming about. Last month this same area was muddy and clouded up with no visibility through the silt was in suspended in the water. The Silver Bottom Brown butterflies were flying about and the large Emperor Dragonflies were patrolling their flight paths too. A few Damselflies were observed as well. Many smaller flying insects too small to identify were sheltering out of the wind behind shrubs. The Cape Dune Molerats are very busy all over the sandy areas pushing up heaps of sand and in the process airating the wet compacted soils. There are a number of rain spider nests in shrubs and also a number of funnel web spider webs in the low grasses.

With the low rainfall and sunny windy conditions since last months activity, the vichia has dried up and almost become invisible. But the seed pods are full and ready for bursting the seeds all over. We spent the afternoon pulling up and piling the pods and stalks into central heaps, which can hopefully be burnt in a management burn to get rid of the seed. Bert spent the afternoon cutting Rooikrans and Brazilian pepper trees.
A red poppie was flowering in the gutter in Promenade Road, to remind us of Armistice Day (Poppie Day) on and leading up to 11 November.
A number of other shrubs and plants were flowering including the Juncus, which Robin is showing in the photograph, and which has male and female parts on the flower heads. There is a grass (photo) with the same male and female reproduction parts at the top of the stems. Thesium frisea of the SANTALACEAE family, is still flowering. The Sarcocornia capensis are getting ready to start flowering, the photo has particularly red specimens, probably something to do with where is is growing in the wet saline soils. The grasses are starting to ripen now that summer is approaching. There is a large patch of nastursiums flowering in amoungst the reeds near the waters edge. This is a real invasive species near any waterway and very difficult to get rid of in a conservation area.

There were not many birds flying in the air because the SE wind was blowing quite strongly over the open water. There were few species on the main waterbody, and the Coots were notably absent.
A total of 25 species was counted. The Marsh Harrier being the highlight for all. 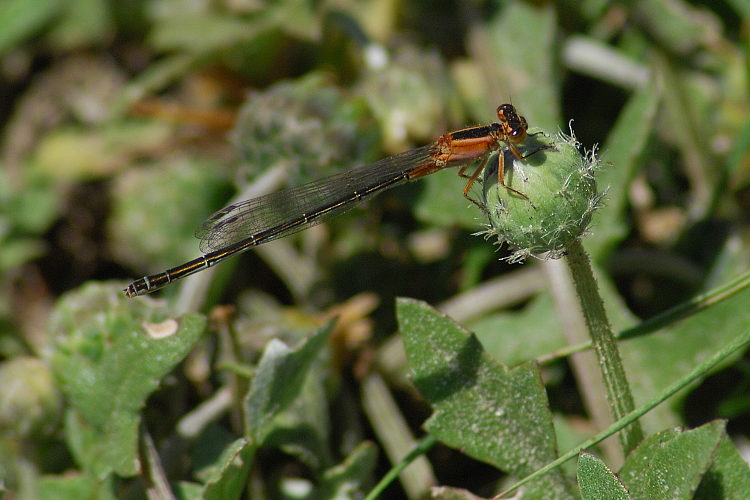 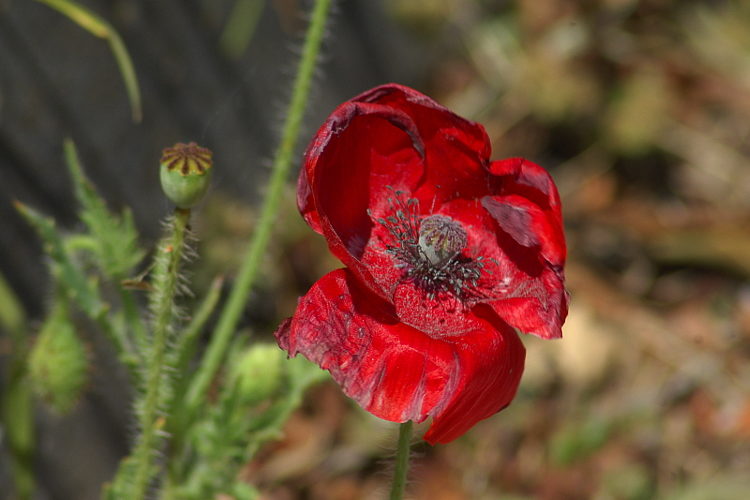 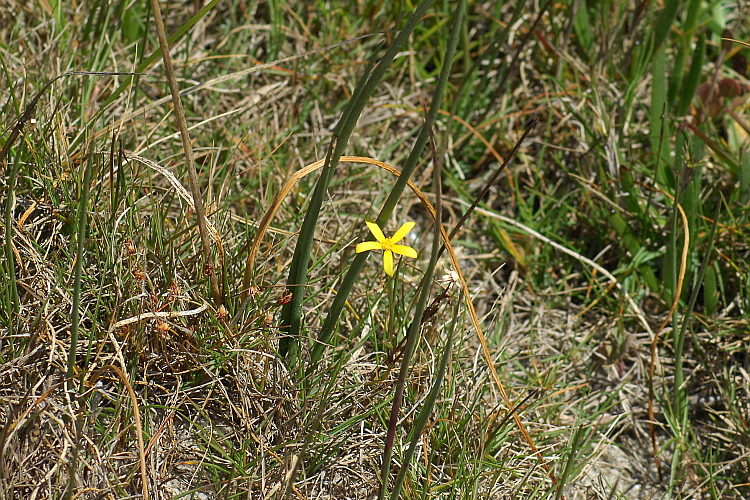 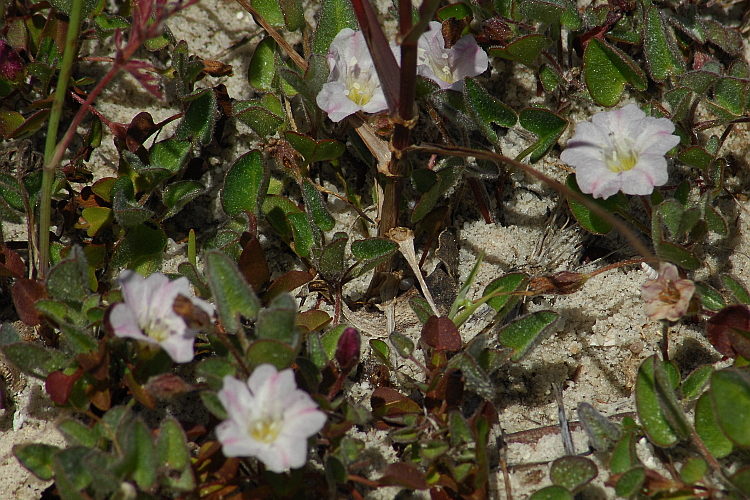 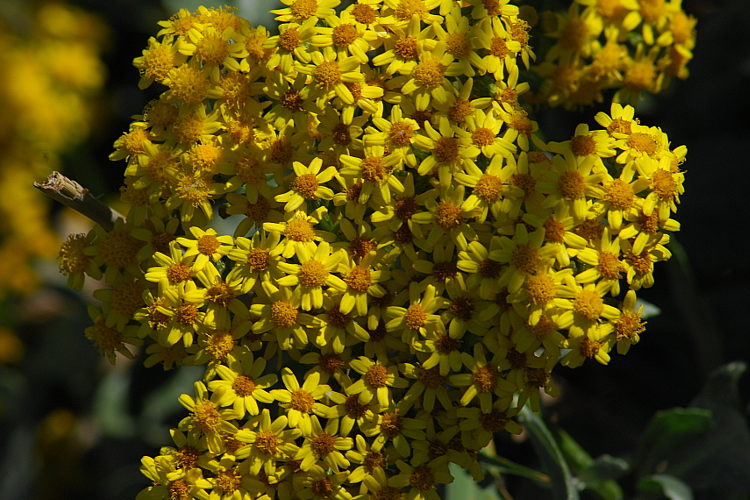 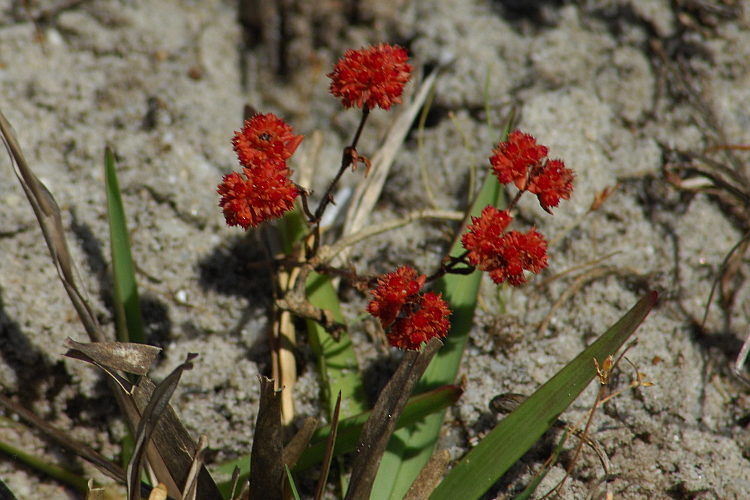 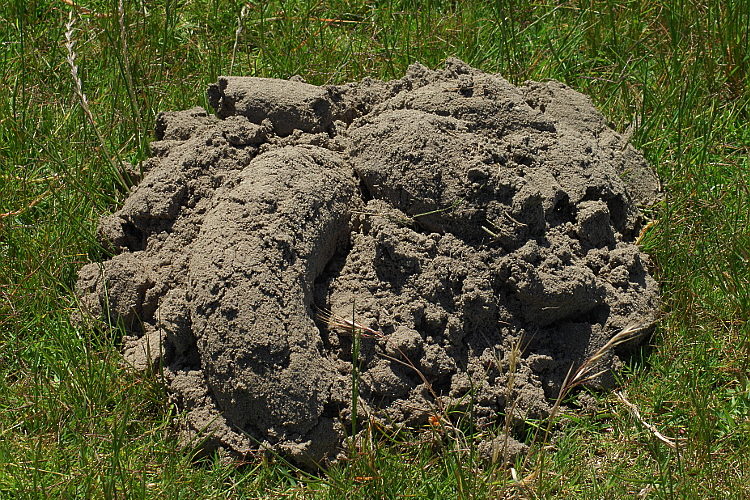 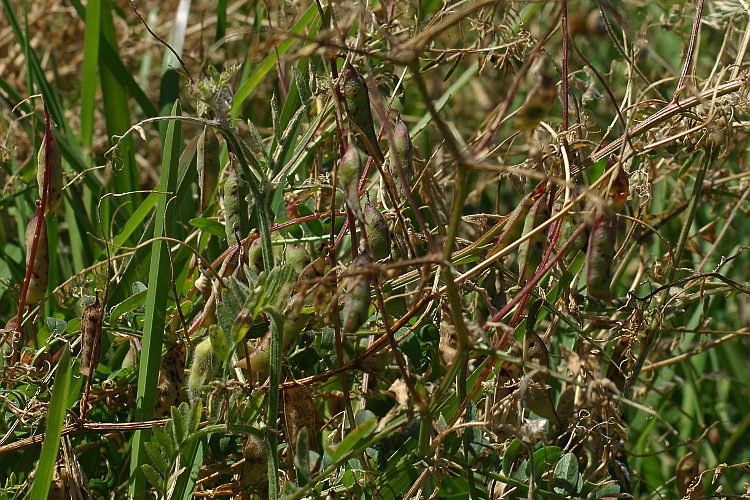 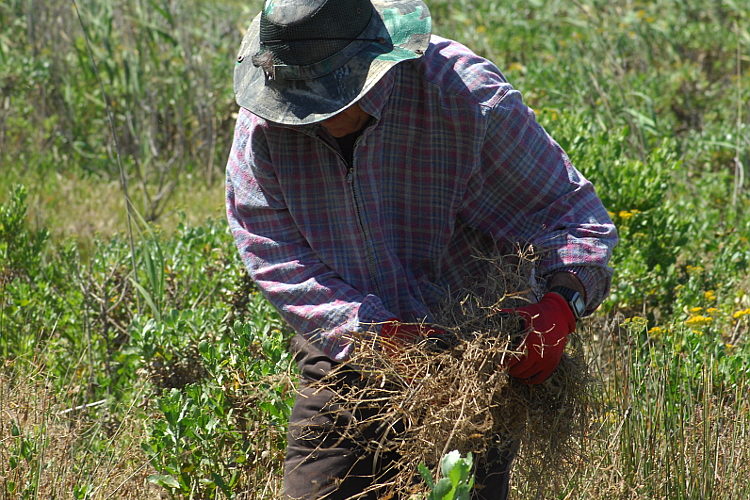 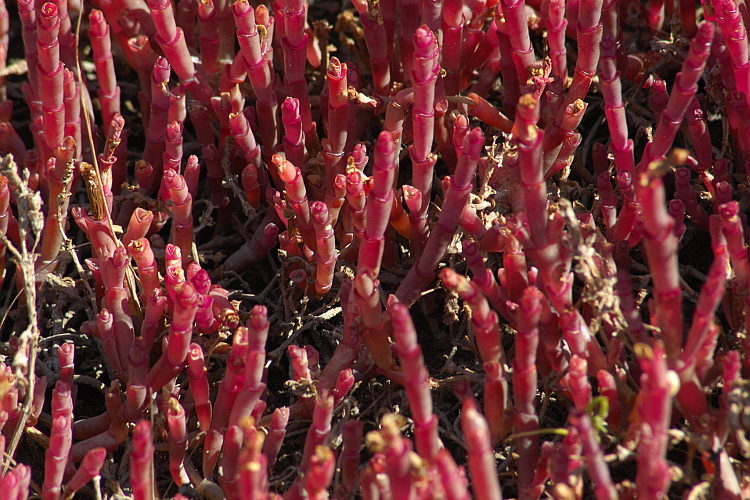 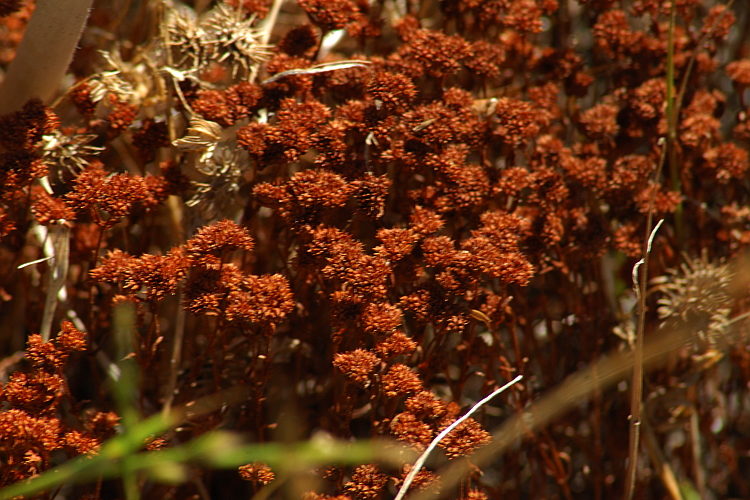 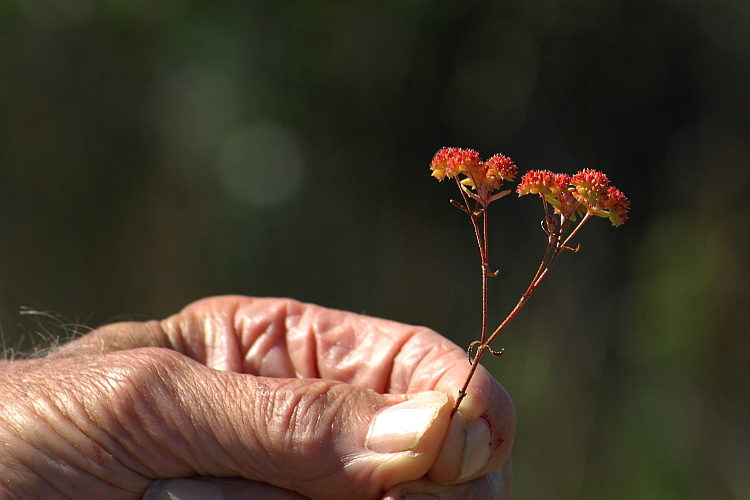 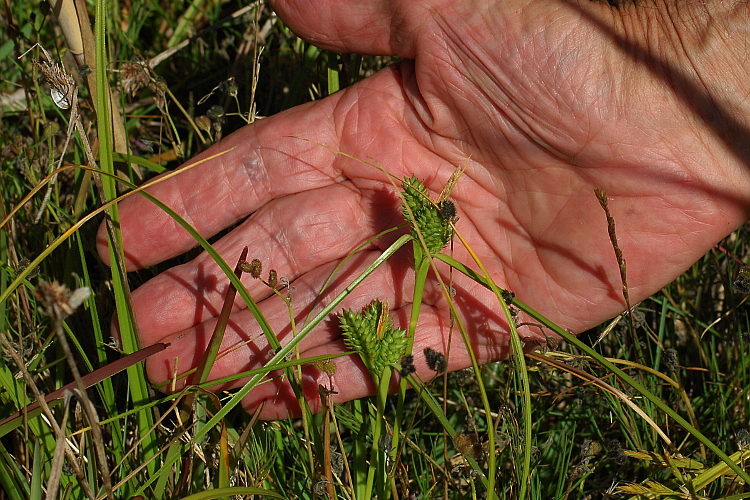 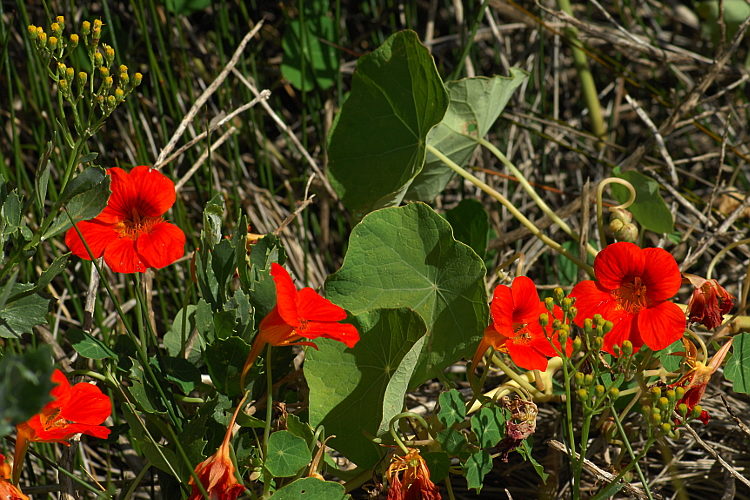 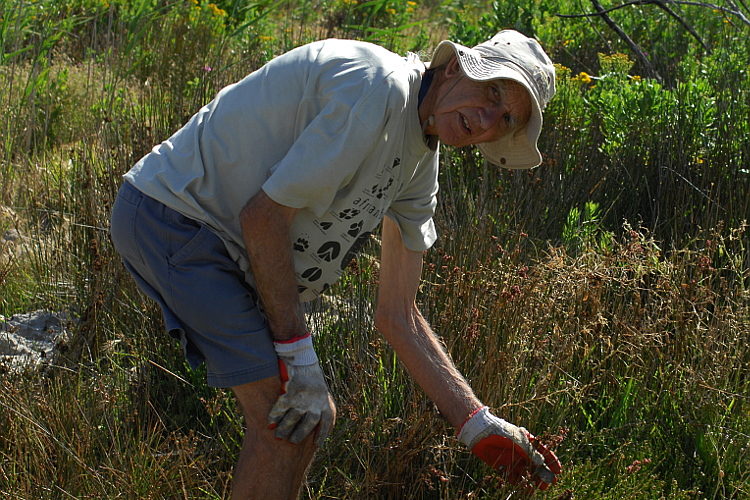 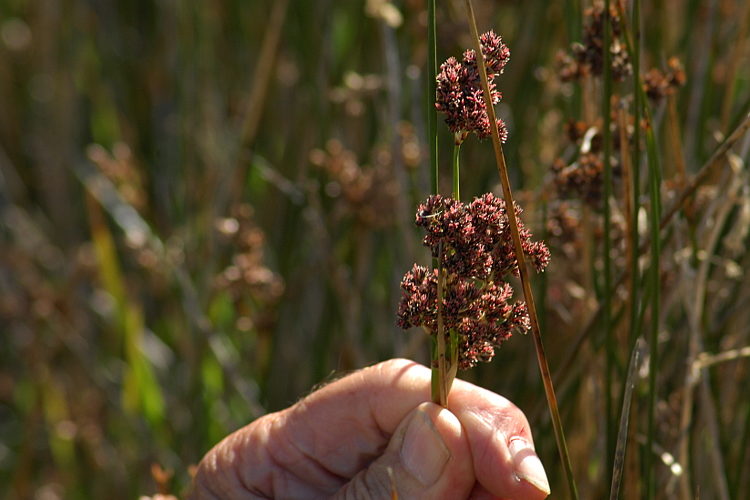 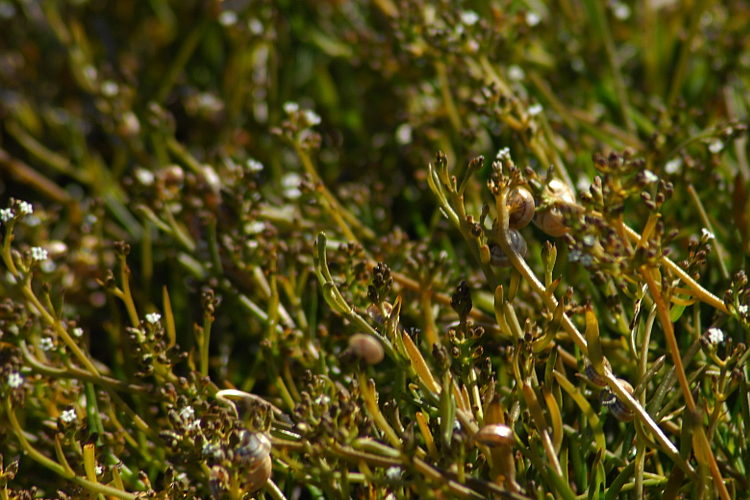 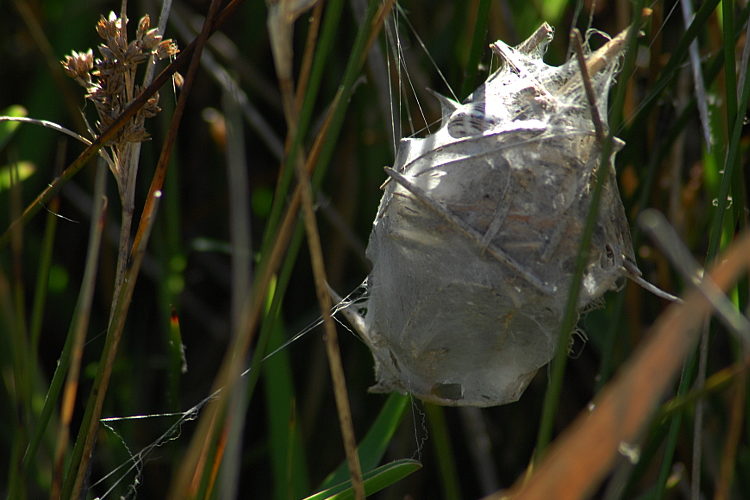 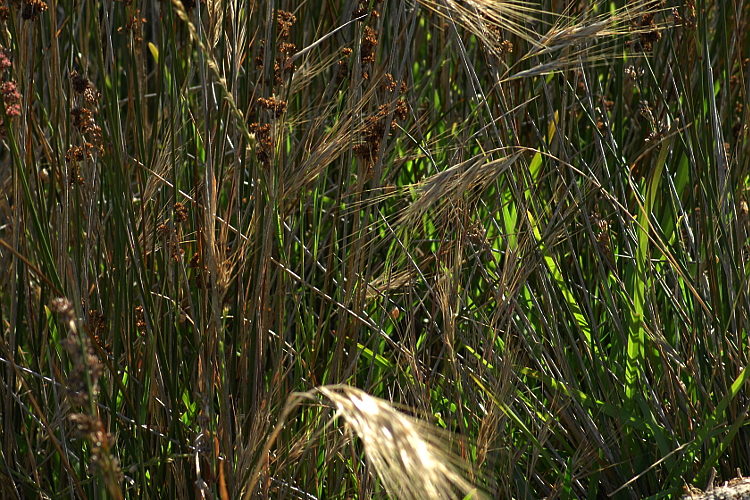 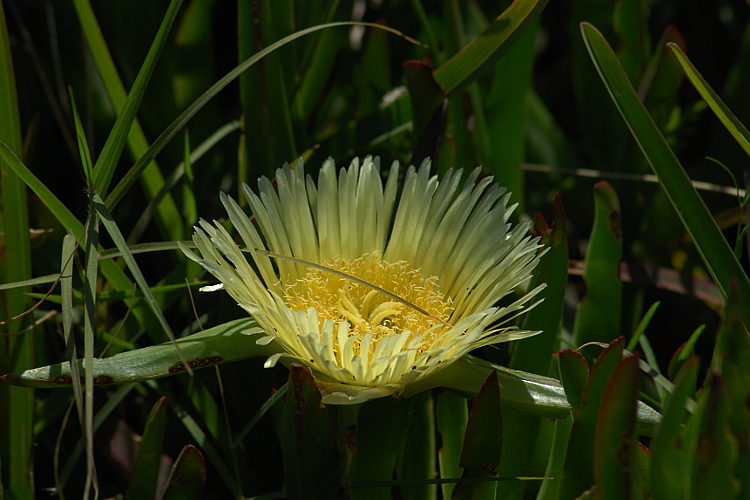 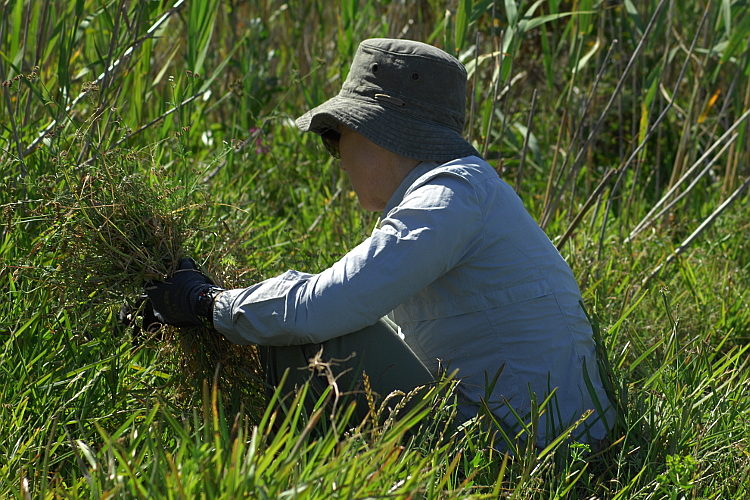 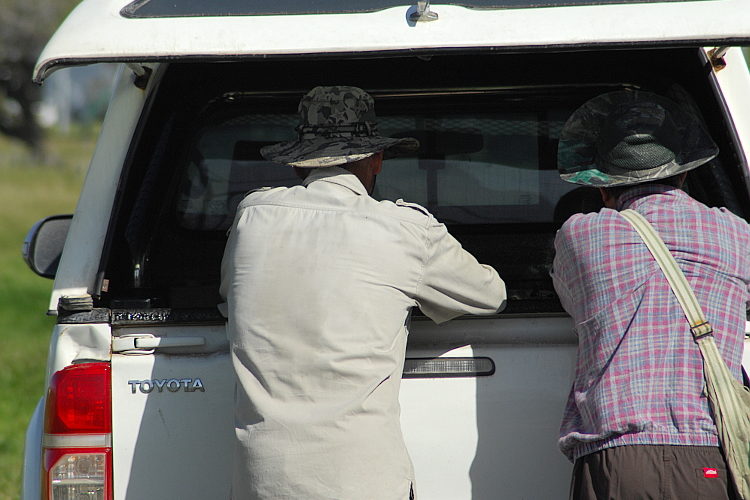