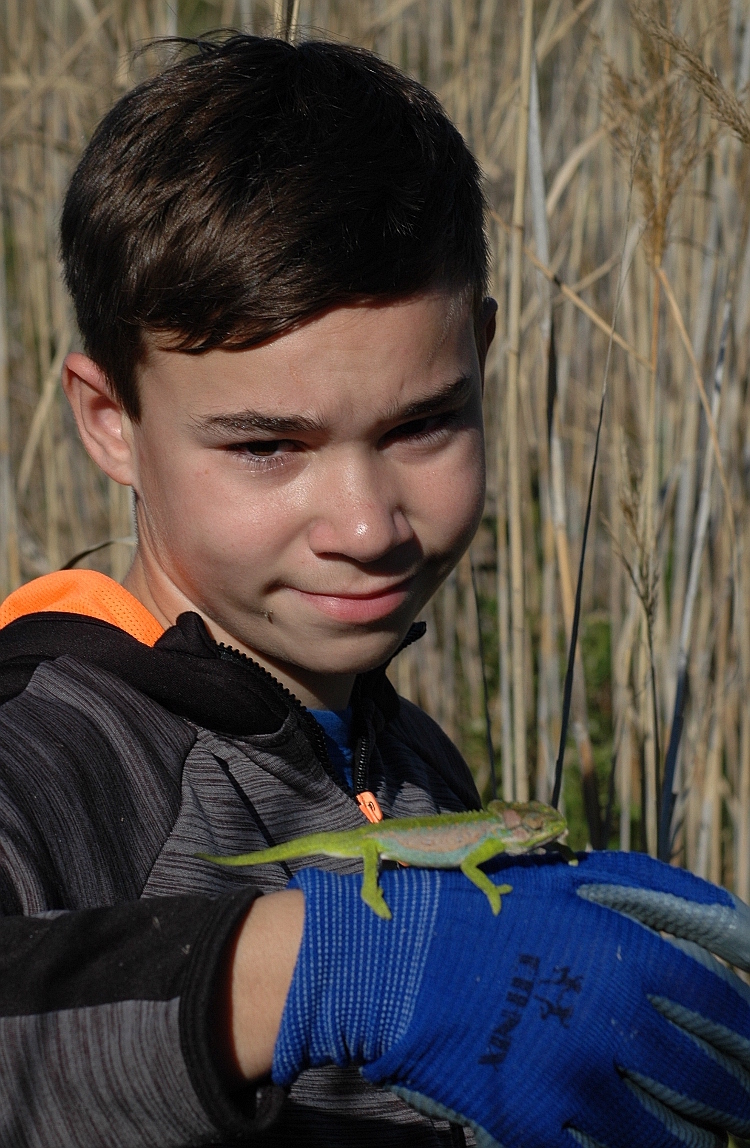 The estuary mouth was closed and there was no water flow in the river under the bridge, the water level in the main waterbody was deep enough for sailing yachts with only one scout yacht present. The afternoon was sunny with a cool wind from the SE. The sun is at a low angle now as it is only a 5 weeks away to the mid winter solstice.

Today we had 2 new hackers all the way from Paarl, Blake and his son Bradley. Bert continued working in the area on big trunked trees with his sharp axe. No Rooikrans trunks today he was chopping Manatoka trees.
Barry, Robin and I continued working on the shrubs along the railway track between the railway river bridge and Lakeside station. Susan showed Bradley many things about the plants and animals and there was excitement when finding a large male Cape Dwarf Chameleon by chance in the area they were working.

There were a few Silver bottom Brown butterflies flying about this afternoon. There were also a few March Bluetail dameselflies moving about the low vegetation. The Funnel web Spiders had many webs in the grass, glistening in the sunlight. The Emperor Dagronflies were patrolling their territories with many midges still apparent in the low vegetation.

There were 20 species of birds seen this afternoon, very few flying about. The Bokmakierie was very prominent with its (old telephone sounding) call. 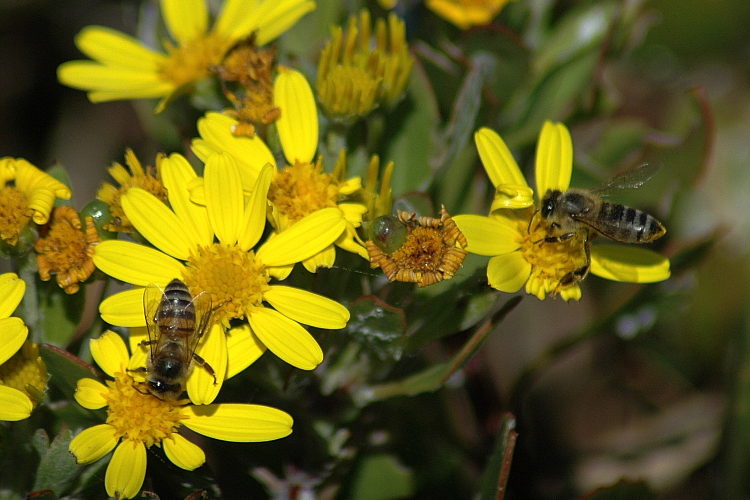 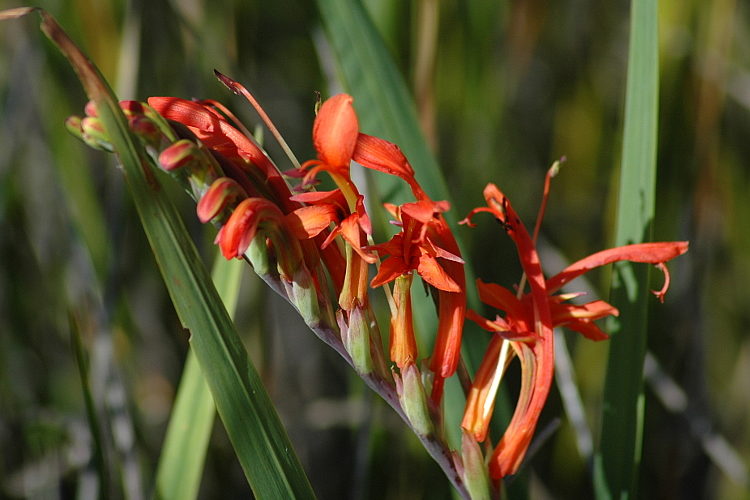 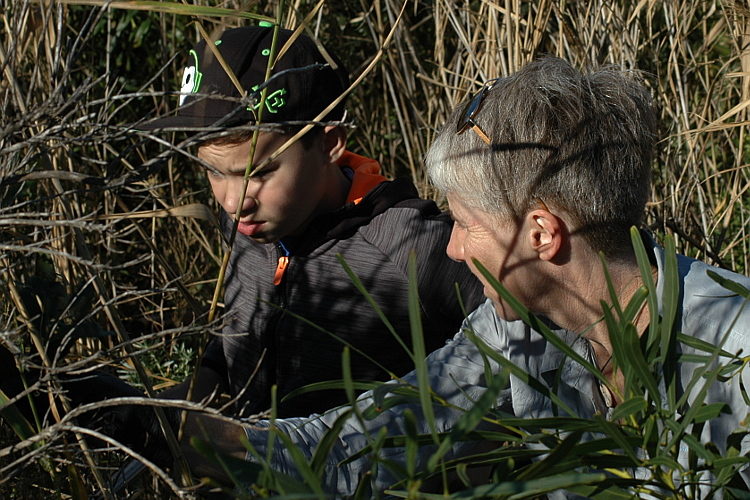 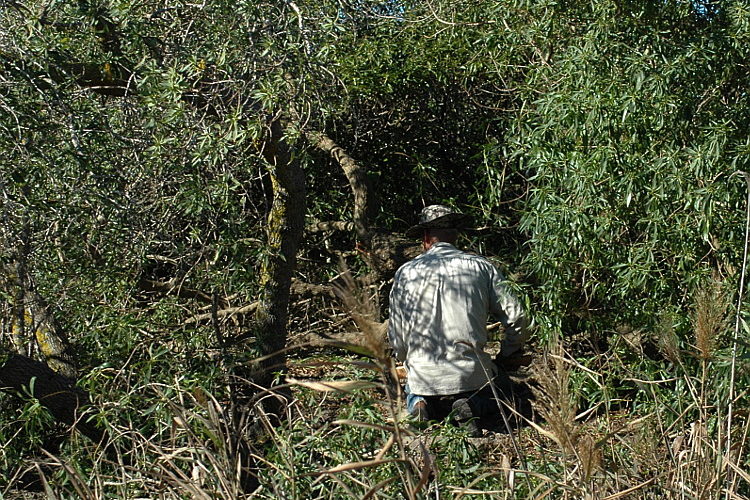 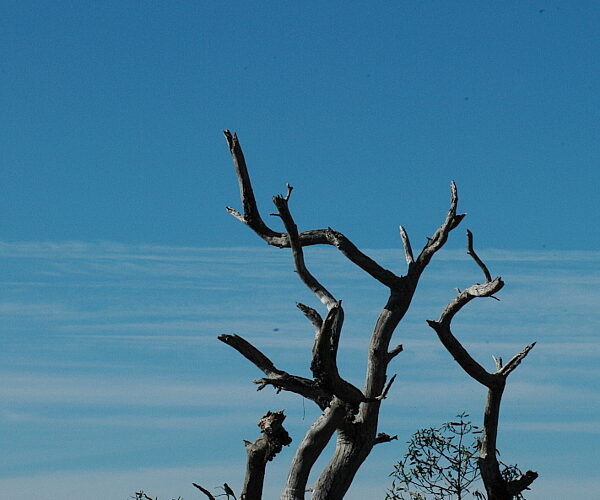 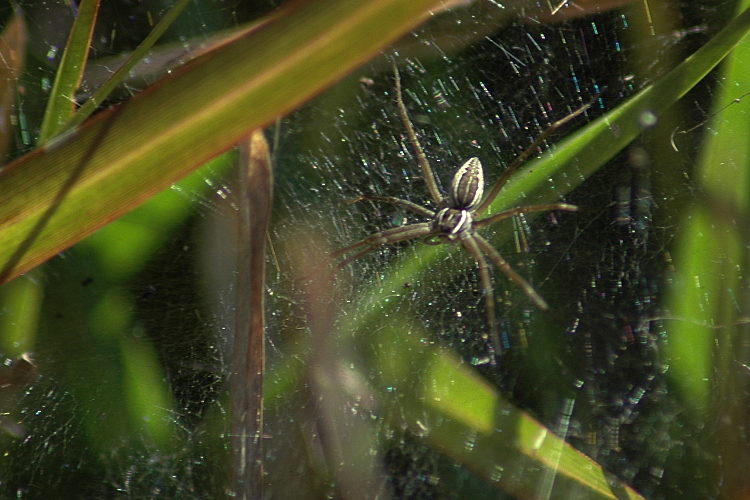 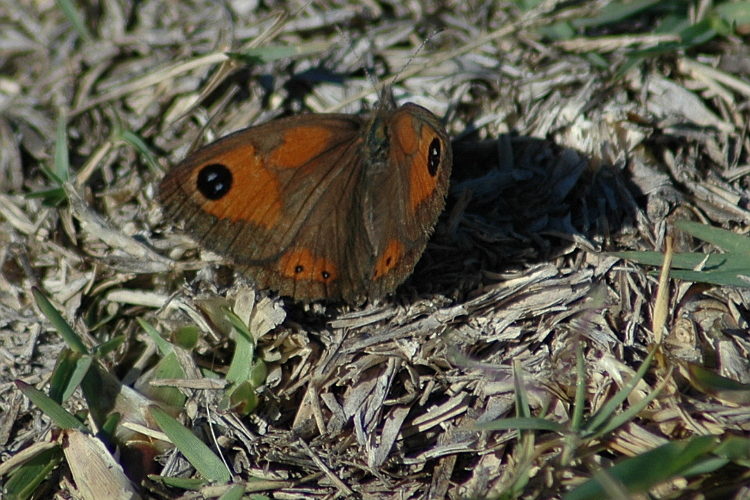 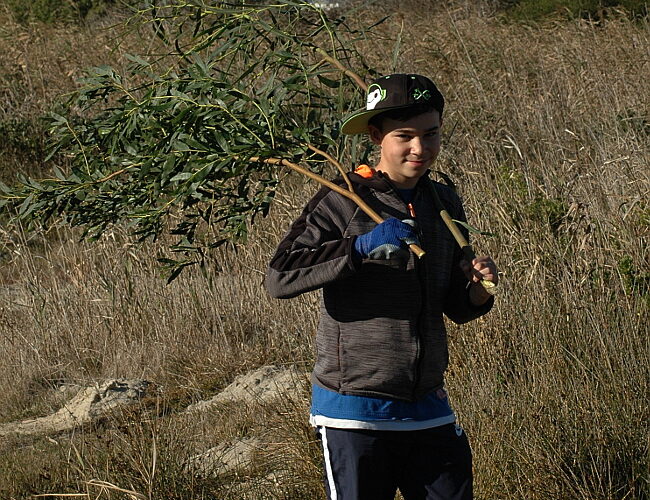 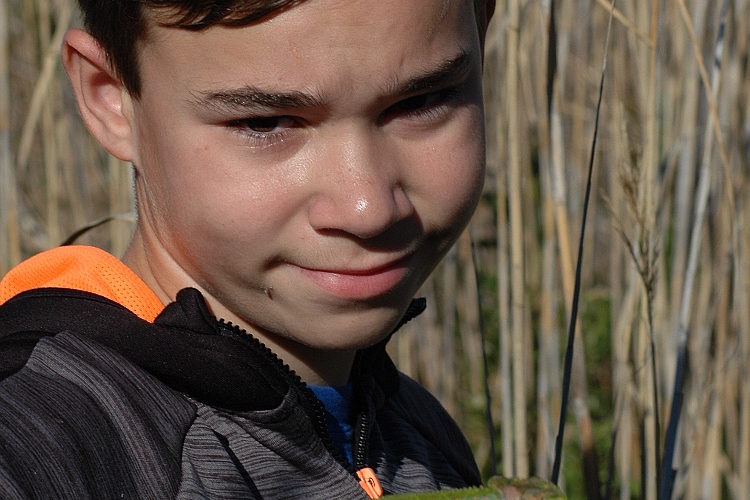 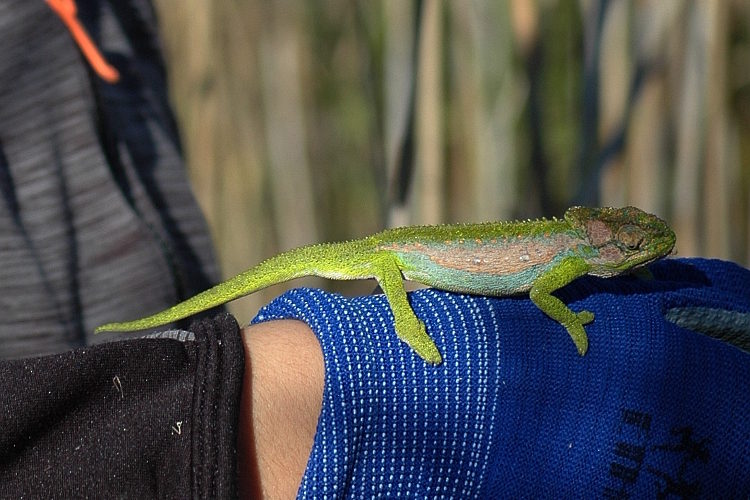 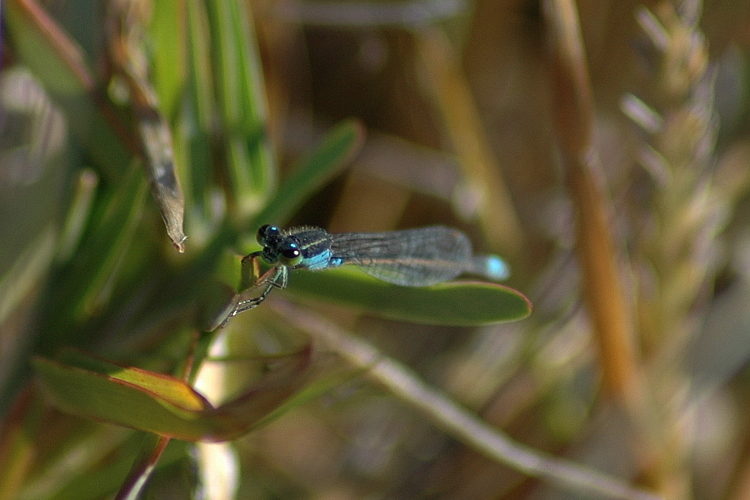 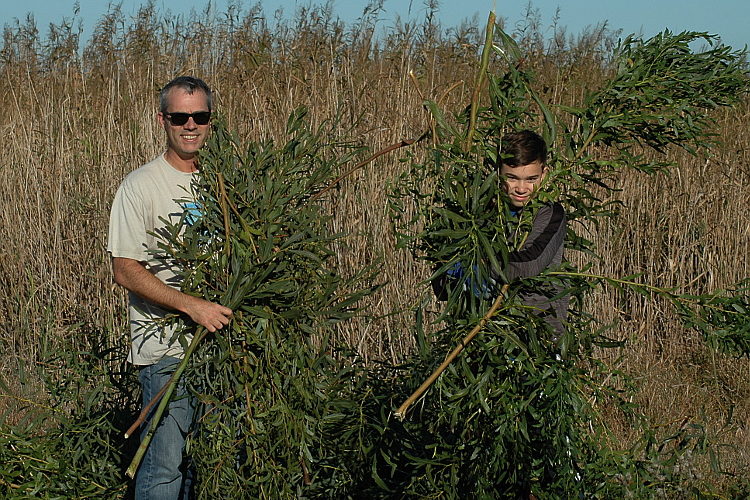 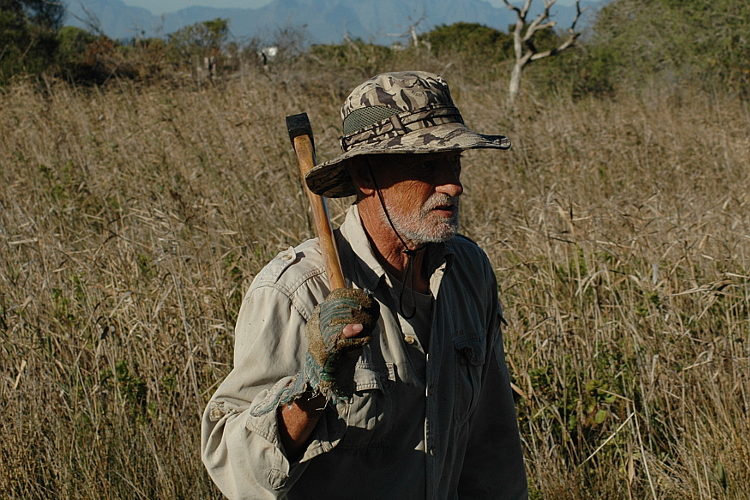 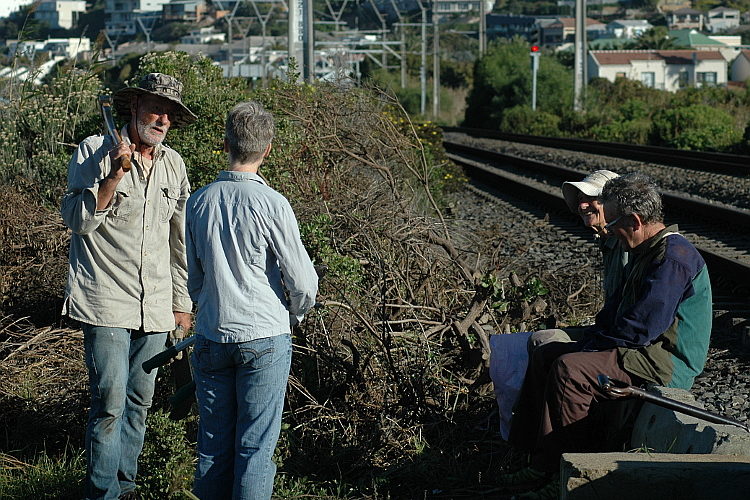 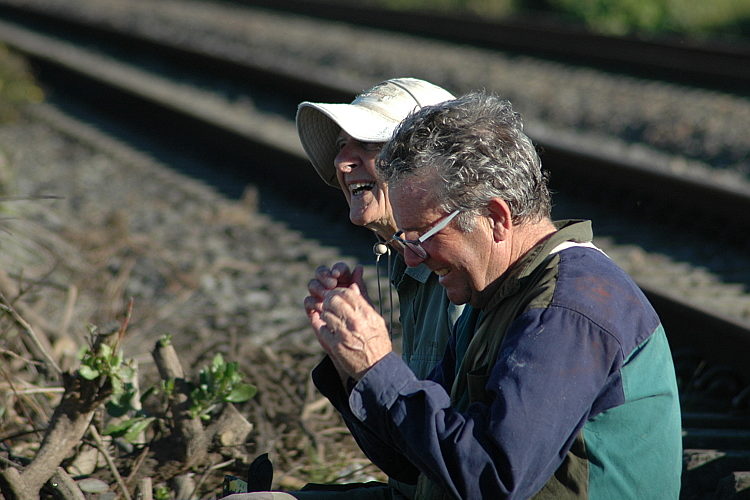