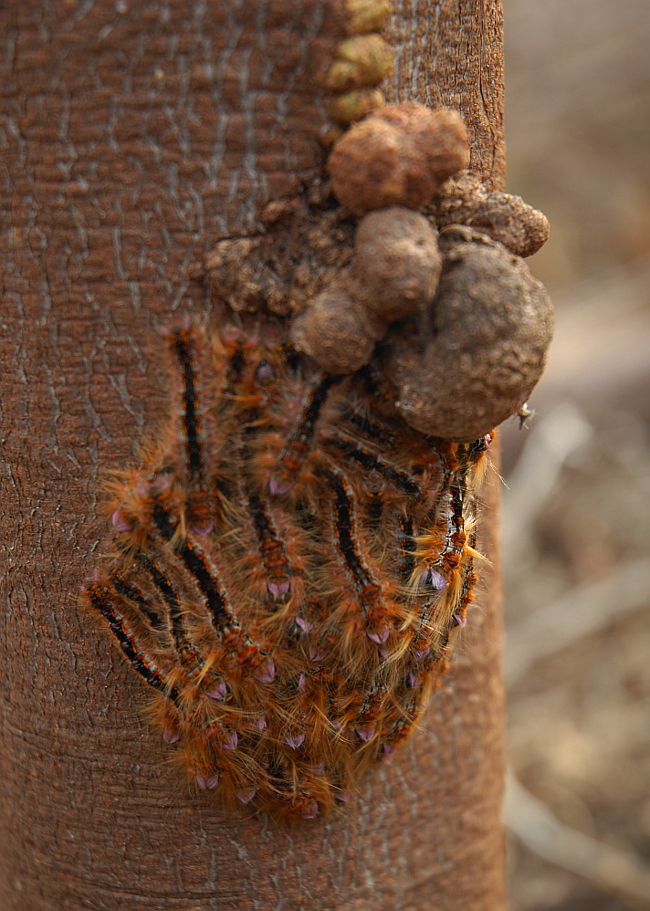 The past week has been warm to hot, weather with deep orange sunrises and sunsets. Some call it “an Indian summer”. Today we had very hazy high cloud cover with warm temperatures and a slight breeze from the north west. Heavy rain is forecast for Monday coming and possibly snow to follow during the week on the high peaks.
On arrival we could see large truck tracks have been in the area. There was no smell from the pipe lines and there appeared to be a cement casting over a joint which looked brand new, see the photo. The Keysers River is flowing again with clear water visible and much invasive water weed drifting down to the confluence of the Westlake River and into Zandvlei. See the photos. Thank you to the all persons who have rectified “the liquid fertilizer problem”.

Back at “the forest” we got stuck in and many trees came down today. It was easy working conditions weather and temperature wise. Bert chopped down some quite large trees near the waters edge. A few were of the Black Wattle species. Barry, Robin and I carried on with the smaller trees and saplings although many are about 8 metres tall. Towards the end of the day we got through “the forest” to the other side, an area we have never seen before. We found an area where a  previous group of workers had blue stained the stumps they cut down a couple of years ago.

We came across a carpet of small Cape Lappet moth caterpillars (see photos) on one of the stems to be chopped down so they had to be moved out of the action zone. Unusual as they are “normally” this size in spring. These were the only insects seen today. There were none seen flying about.

There were not many birds seen or heard except Coots calling from the running water in the river, which had been choked solid with waterweed for many months. A total of 7 bird species were seen.