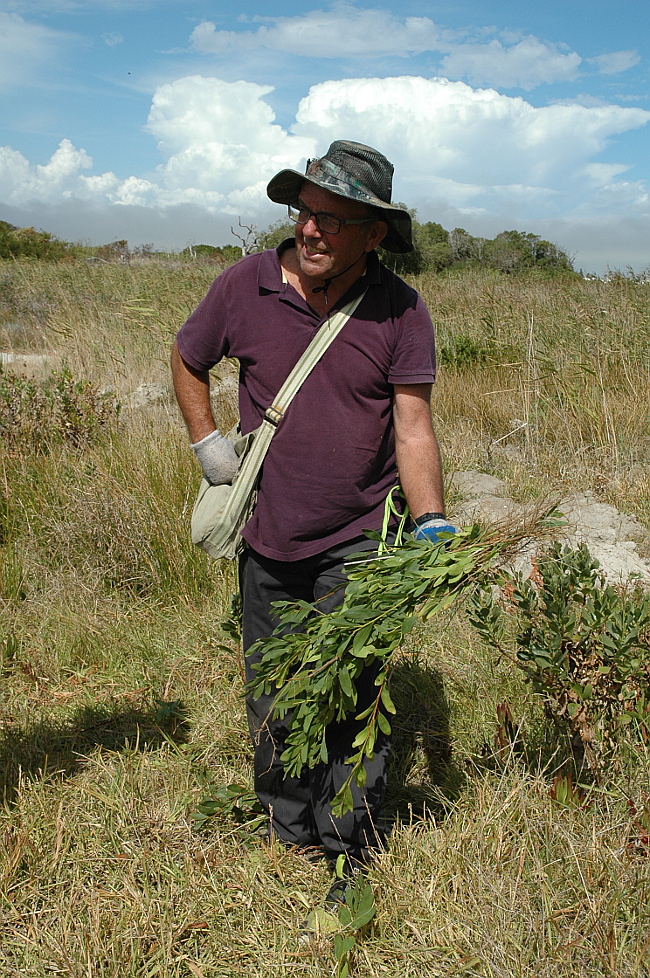 Robin brought along a local resident John to give us some of his ideas and concerns he would like seen implemented and addressed for the wetland area and “to take it back and make it safe to walk along the waters edge along the Westlake and Keysers Rivers with his grandson”. Said he grew up in the Lakeside area and he had a wonderful childhood playing in the “backwaters” of Zandvlei. He will document his vision and send it to me. I shall present it to the ZPAAC at the next meeting this month.

Today we broke the norm by having the hack on the first Saturday of the month.
The estuary mouth was closed and there was no inflow of water under the railway bridge. The weather forecast indicated thundershowers for this afternoon. It was partly cloudy, the sun was hot, with a cooling SE wind and fog beginning to develop over False Bay and coming in overland. Cumulus clouds were formed over the higher land mass in the distant east mountain ranges.

We found many more rooikrans seedlings predominately in the area which were missed and or grown since last month. Barry pulled up 52 seedlings in the reeds in less than 2 square metres. Bert continued chopping down Rooikrans firewood. Robin found manatoka and brazilian pepper saplings. Barry investigated further north and found that the pipes crossing the Keysers River has been barricaded the way it was years ago with new fencing and razor wire. So getting across is not possible any longer, a good thing.

Small pale straw coloured grasshoppers were present, very few flies were about here, except for a couple of robber flies. Sue found the skeleton of a dragonfly nymph clinging to a dry stick and took it home for her collection. The size indicates it probably was an Emperor Dragonfly. How long had it been clinging to the stick without the wind blowing it away? There were golden and red cloured dragonflies about, difficult to ID and photograph. A couple of low flying Dameselflies were also seen. Where does the purple thistle plant come from?
Also flowering was the Thesium frisea of the SANTALACEAE family, with bees collecting pollen and a funnel web spiders home alongside. 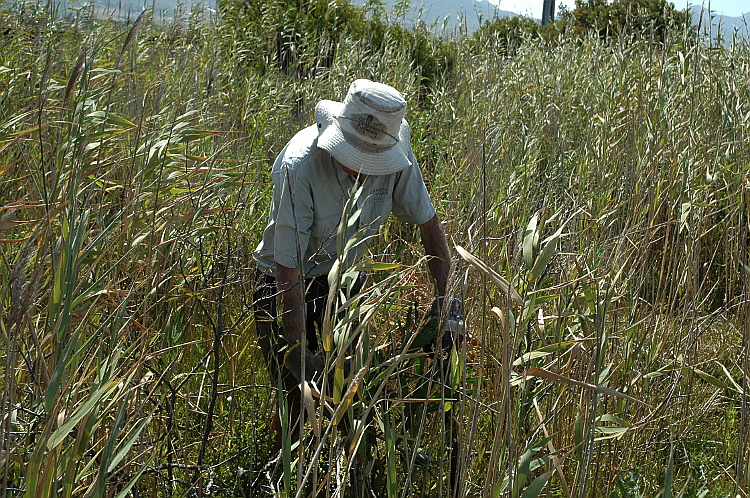 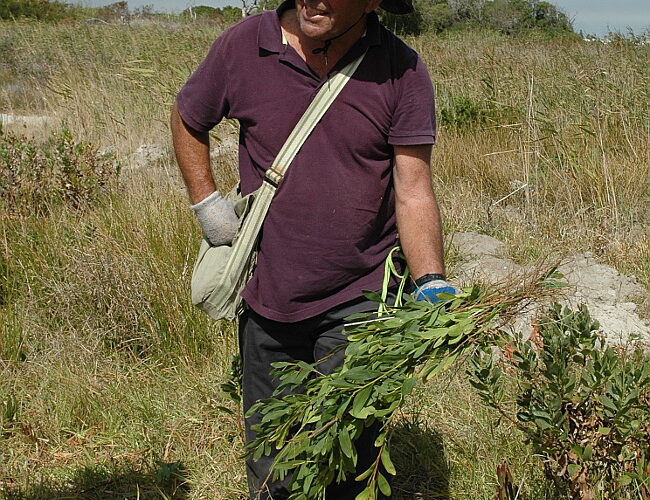 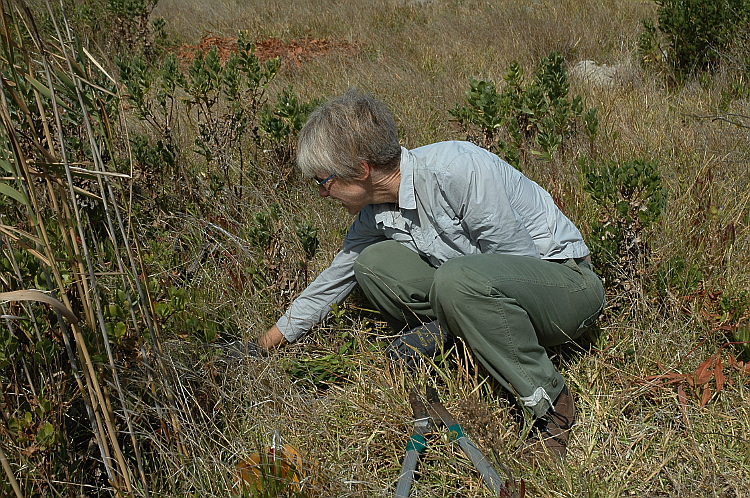 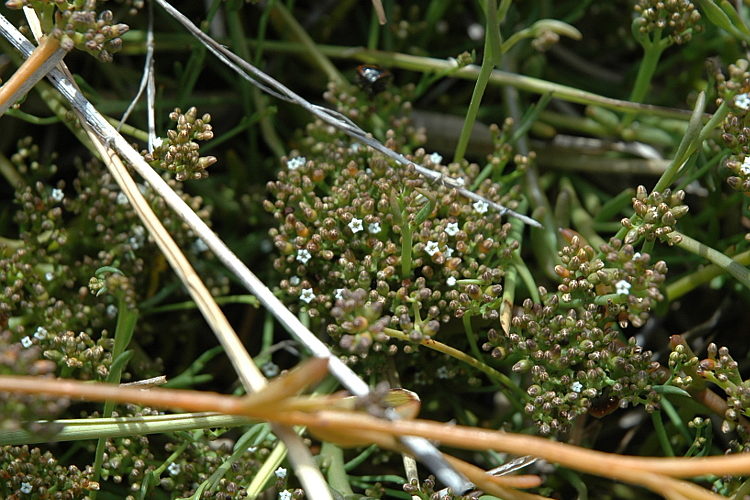 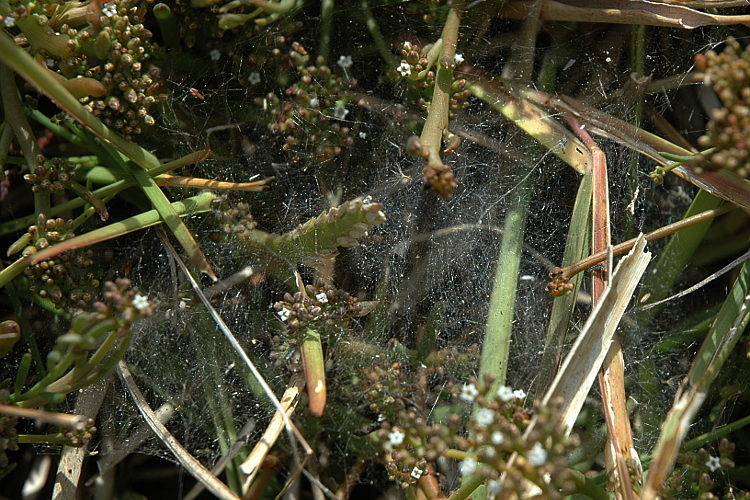 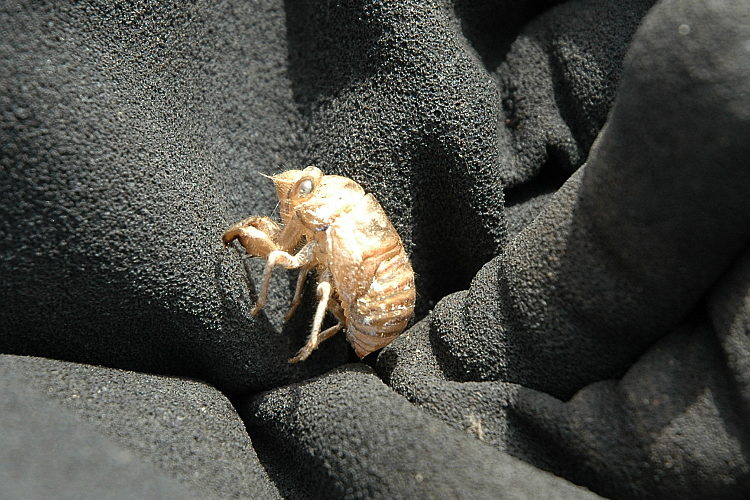 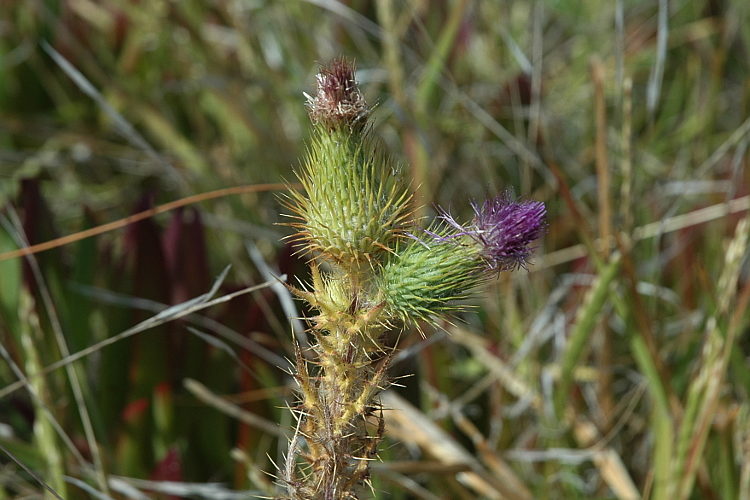 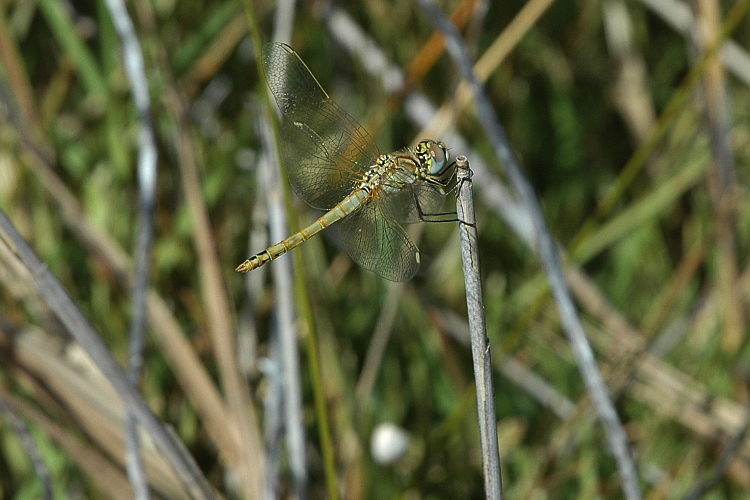 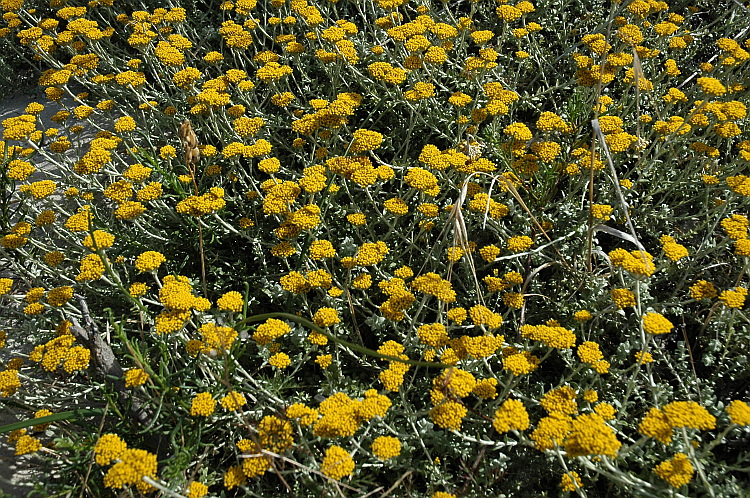 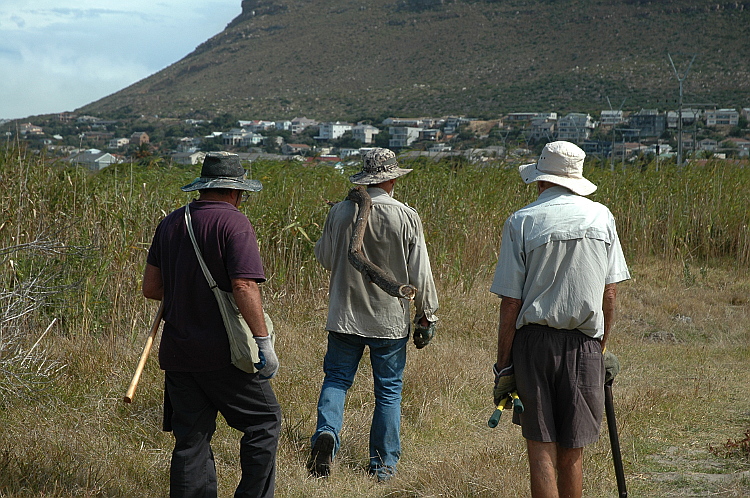 CWAC at Zandvlei Nature Reserve – 19 January 2019.
Prior to the AGM on 14 March ………read the minutes from last year’s AGM