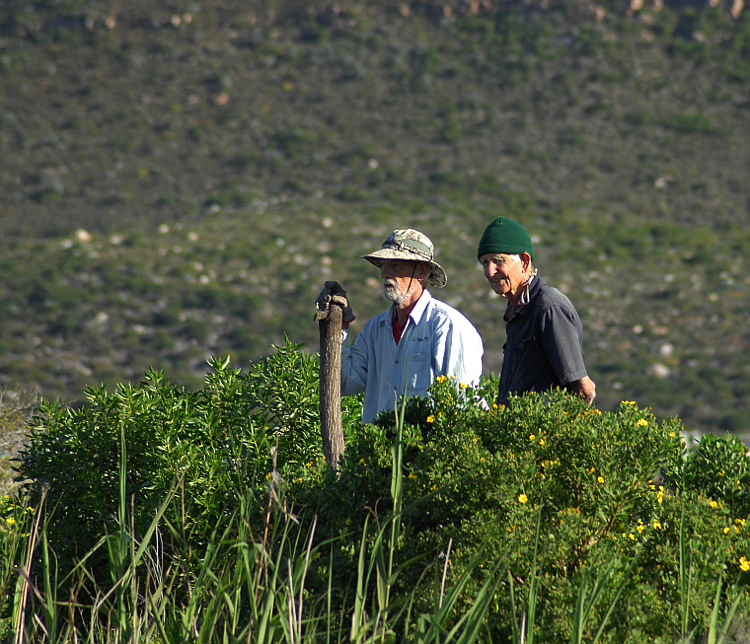 A sublime afternoon weather wise. The air was cool, sky blue and clear, no wind and bright sunshine in the middle of winter. The distant mountains in the east seemed so close and clear. The previous day was also clear and sunny, but with an icy wind blowing from the south. Many people commented on the freezing temperature during Friday.
The estuary mouth was open and low tide with water flowing out the mouth rapidly. The speed under the railway bridge was 1 metre per 5 seconds.
There were 2 long arm excavators working away at removing mountains of sand from the circular model yacht basin (originally what it was designed for). This is part of the long term silt clearing maintenance programme started a number of years ago by the Zandvlei Action Committee (ZAC), before it changed to the ZPAAC (Zandvlei Protected Areas Advisory Committee).
The water body is still closed for all water activities due to the high ecoli counts from all the sewerage spills into Zandvlei this year, starting in May.

The wetland restoration project in Promenade Road is coming along slowly, as the area dries out from the heavy rainfall experienced last month. A number of plants have been have been landscaped into the design already and more are to be planted. It is a seasonal wetland with some areas with more water than others. There has been lots of rubble to remove from the site, as it was the old Muizenberg refuse dump site in the early years for the 20th century, which is not shown on maps today. It is over the railway line and Main Road where The Stables are situated. This building housed the mules and the refuse removal carts for Muizenberg.

There were clouds of “muggies” rising out of the grasses and undergrowth as one walked along. This is possibly the reason for the Brown throated Martin flying about energetically. There were no other air borne flying or crawling insects seen all afternoon. There are flowers blooming early for the season already.
We carried on working in the night heron roost area, pruning away branches for more light and air to aid the new plantings to grow. All have survived so far. They all got a small bucket of water each. It is not easy to get a full bucket of water as the level is very low, even with the aid of a long rope tied to the handle. Barry cut down a large Brazilian pepper tree which has open up another area for planting. Bert was back to swinging his big axe again, knocking branches off manatoka trees. We can easily plant another 10 – 15 plants in the existing open spaces. Before we knew it was time to go home.

The bird count was 31 species for the afternoon. A Brown throated Martin was very active over and under the railway bridge. The Yellow billed Ducks were also active flying about and landing in different areas within the reedbeds. Cape Teal were present and a Marsh Harrier passed over, riding the lifting air from a ridge of trees. A young Black crowned Night Heron was calling from a nearby tree while we were busy working.